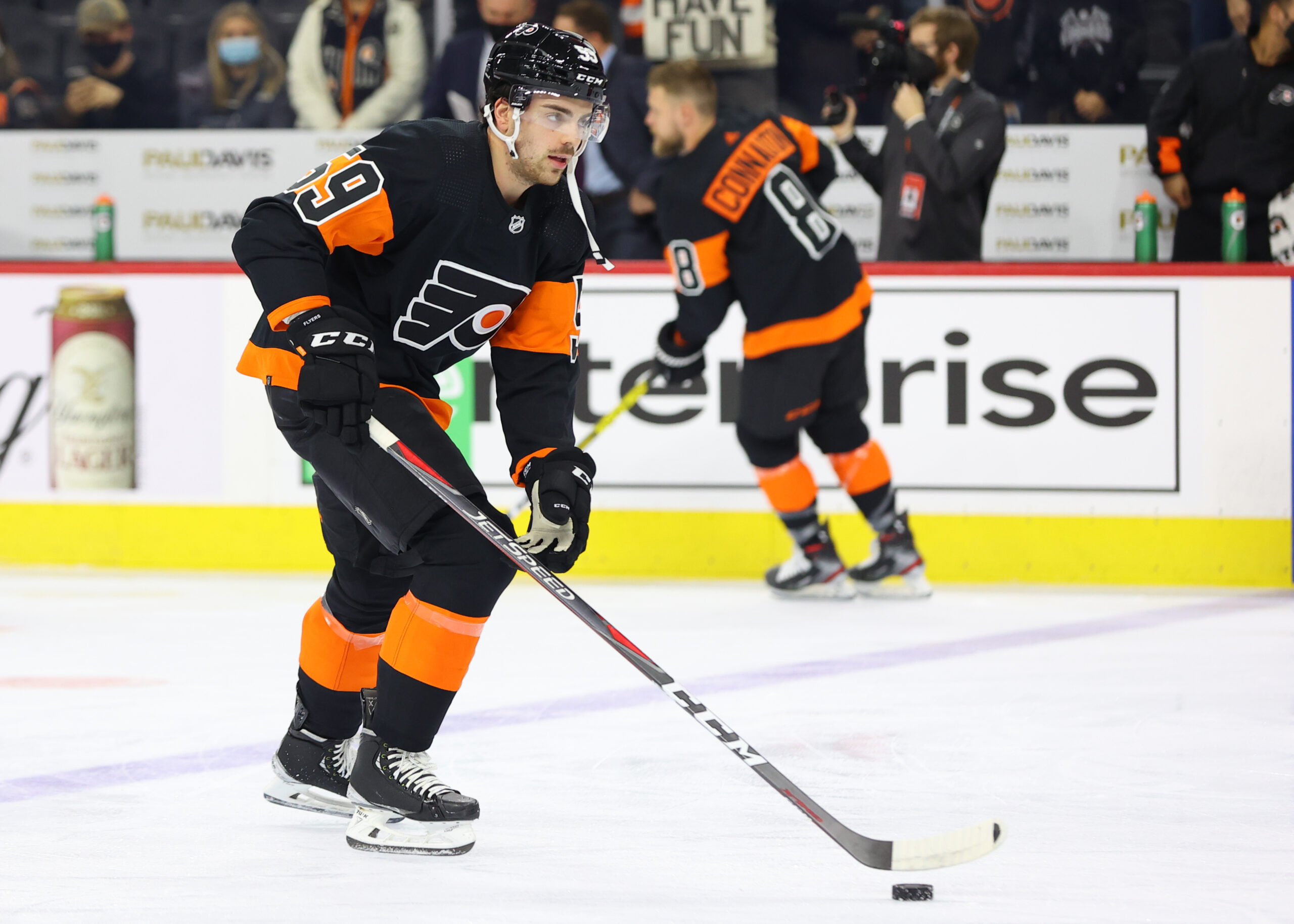 The Philadelphia Flyers have reportedly come to terms on a one-year contract with restricted free agent, Jackson Cates. The contract is of the two-way variety as he will make $775,000 at the NHL level and $120,000 in the AHL, per CapFriendly.

While the Flyers themselves have not confirmed the signing, CapFriendly breaking the news and having the details of the contract ready immediately is a pretty good indication that it’s a done deal.

The Stillwater, Minnesota native was an undrafted college free agent in 2021 when the Flyers scooped him up and signed him to a two year entry level contract worth $925,000.

Before reaching the NHL, Cates played two seasons in the USHL for the Waterloo Black Hawks where he scored 44 goals and 84 points in 113 games, including 16 playoff appearances with 4 goals and 7 points.

From there, Cates then committed to the University of Minnesota-Duluth in the NCAA and played from 2018-19 to 2020-21, where he appeared in 96 games and scored 27 goals with 37 assists. He progressively improved by the year as he went from 14 points in 39 games in his first year to 23 points in 29 games in his second year, and then 27 points in 28 games before suiting up for the Flyers at the end of the season.

At the professional level, Cates has appeared in 15 games for the Flyers in parts of 2 seasons, including 1 assist in 4 games in 2020-21 and then scoring his first career goal in 11 games last season. He split his time with the Lehigh Valley Phantoms of the AHL as well as he appeared in 37 games, while scoring 2 goals and 10 points.

Cates is set to battle it out with several other prospects for a roster spot during training camp ahead of the regular season opener in October. The Flyers look to get deals done with the remaining 3 RFAs before the start of the season, most specifically Wade Allison, who figures to battle for a spot alongside Jackson and Noah Cates.

Ivan Fedotov and his lawyer hope for a reversal of fortune
Flyers reportedly not offering contract to Jack St. Ivany