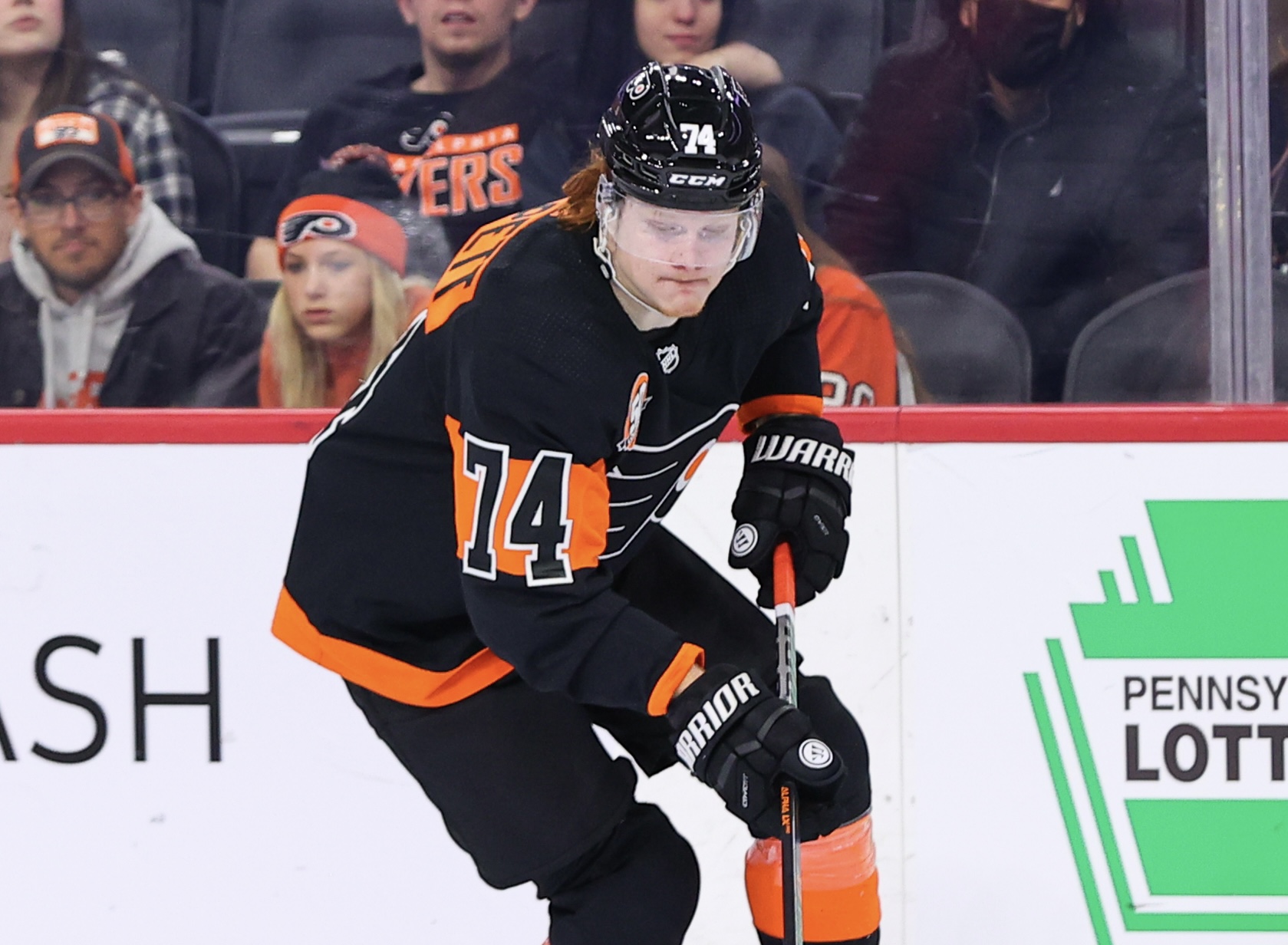 The prize of the Claude Giroux trade, Owen Tippett, has signed a two-year contract with an average annual salary of $1.5 million, according to President of Hockey Operations and General Manager Chuck Fletcher.

DONE DEAL: We have signed RW @TippettOwen to a two-year contract with an average annual value (AAV) of $1.5M. https://t.co/HjPgvbJFti

Tippett becomes the 4th RFA to sign and the second this week after Tanner Laczynski inked a two-year, two-way/one-way contract a few days ago. Hayden Hodgson, Linus Hogberg, Jackson Cates, and Wade Allison remain, with Zack MacEwen’s arbitration hearing set for the 8th of August.

Tippett was drafted 10th overall in the 2017 NHL Entry Draft but was never able to find his stride with the Florida Panthers. He made the NHL roster out of training camp ahead of the season opener in 2017-18, appeared in 7 games, but quickly became a healthy scratch and was then sent down to the OHL to continue his development. He scored 1 goal in 7 games but then never appeared in another NHL game until 2020-21. He played in 51 games for the Springfield Thunderbirds in parts of 2 seasons (2017-18 and 2019-20) where he scored 20 goals and 42 points, including 40 points in 46 games in 2019-20.

Between 2020-21 and 2021-22, he spent parts of 2 seasons at the NHL and AHL level with the Panthers, the Charlotte Checkers, and the Philadelphia Flyers. In 2020-21, getting a full taste of the NHL, Tippett scored 7 goals and 18 points in 45 games and then added 1 goal and 4 points in 6 postseason appearances. The following year, he split time between the NHL and AHL before being traded to the Flyers. He struggled to the tune of 6 goals and 14 points in 42 games with the Panthers but at the AHL level for the Checkers, he scored 6 goals and 18 points. The talent was there but the opportunity for a suddenly stacked and deep Panthers team was not.

Ahead of the trade deadline, the Flyers traded Claude Giroux, Connor Bunnaman, German Rubstov, and a 5th round pick to the Panthers for Owen Tippett, a 2024 first round pick, and a 2023 third round pick. He was the focal point of that deal, Chuck Fletcher wanted a young and NHL-ready player in return, and the Flyers truly believe he is on the cusp of breaking out.

We saw bits and pieces of that in his 21 game stint before the end of the regular season. Puck luck was not on his side as he couldn’t seem to bury his myriad of scoring chances – a lot of which hit the post. He did score 4 goals and 7 points in those 21 games and played formidably with Kevin Hayes and Morgan Frost.