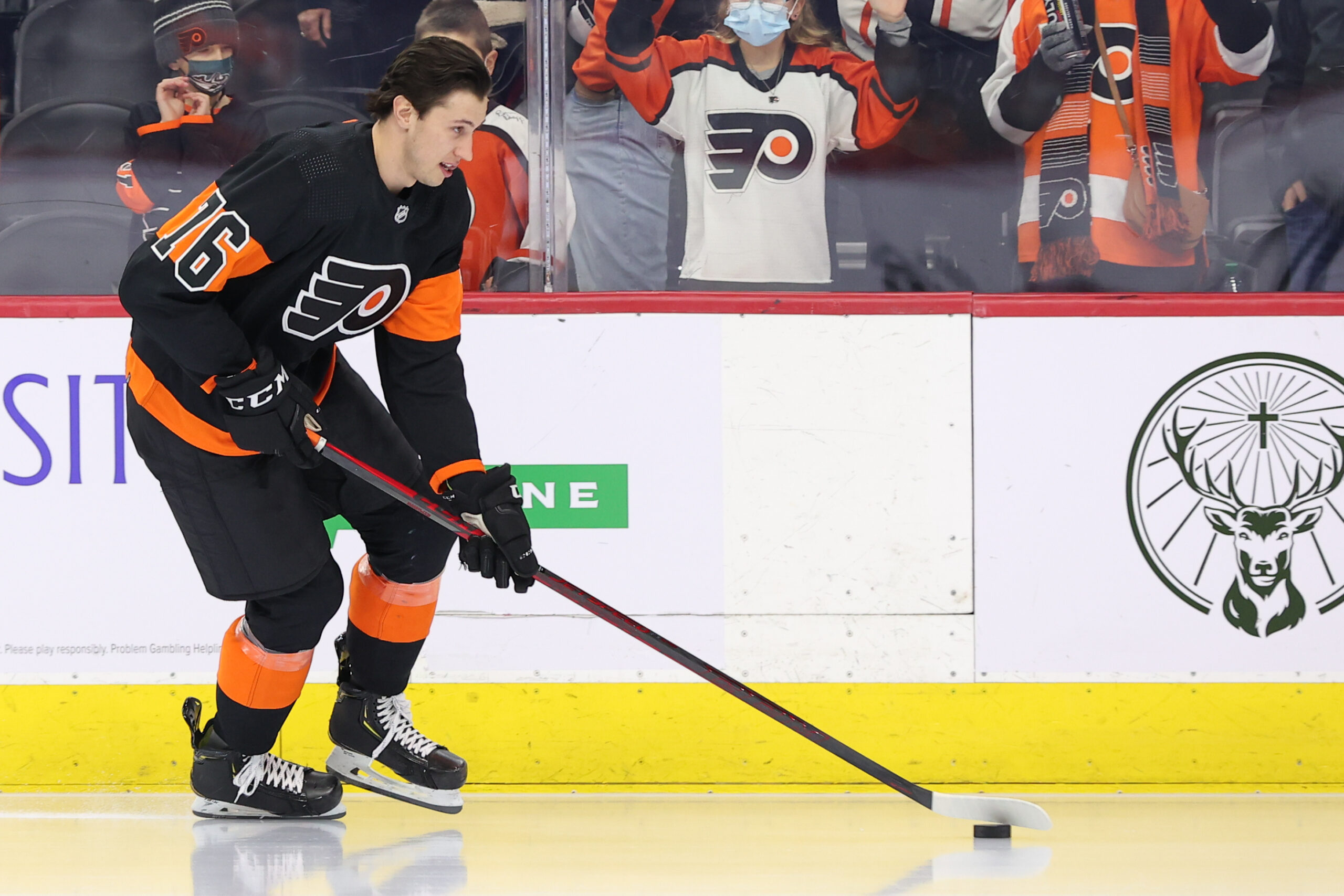 Another domino has fallen in the pile of restricted free agents for the Philadelphia Flyers, as Isaac Ratcliffe has signed a one-year, two-way contract to remain with the organization, per Flyers general manager Chuck Fletcher.

OFFICIAL: We have signed forward Isaac Ratcliffe to a one-year, two-way contract with an average annual value (AAV) of $813,750 for the 2022-23 season. https://t.co/Xn4kPbYxfu

Ratcliffe was one of nine restricted free agents presented qualifying offers by the team last week and he has become the second to sign, joining Morgan Frost.

Ratcliffe was a 2017 second round selection by the Flyers and enjoyed a solid OHL career with the Guelph Storm before playing professionally with the AHL’s Lehigh Valley Phantoms. He recorded 124 goals and 93 assists for 217 points in 254 games with the Storm over four seasons, and also racked up another 15 goals and 15 assists for 30 points in 24 playoff games to help Guelph win the 2019 J. Ross Robertson Cup as OHL champions.

Ratcliffe began his professional career with the Phantoms and has suited up in 136 contests with Lehigh Valley. He made his AHL debut on April 13th, 2018, and scored his first professional goal in that game in a 5-2 home victory over Bridgeport.

Ratcliffe has scored 20 goals and 32 assists for 52 points in 136 AHL games, and this past season he made his NHL debut with the Flyers. He played his first game on January 29th, 2022 when Philadelphia hosted the Los Angeles Kings and finally snapped their franchise-record 13-game losing streak with a 3-1 win.

Ratcliffe would appear in 10 games for the Flyers, posting a goal and three assists in that time before being sent back to Allentown. Ratcliffe notched his first NHL goal on February 9th, 2022 at home against the Detroit Red Wings, earning the game’s third star despite Philadelphia’s 6-3 loss.

Isaac Ratcliffe may end up getting credit for the goal as it appeared to deflect in off of his leg. It would be Ratcliffe's first NHL goal (and point). pic.twitter.com/o6UW0sFMDy

The 23-year-old London, Ontario native will be a name to look out for in training camp as he will try to carve out a full-time role in Philadelphia. Ratcliffe in his short stint in the NHL last year was effective with his offensive abilities and his size, as his 6’6”, 200 pound frame was put to good use quite a bit.

Kind of the opposite of the "Welcome to the NHL Kid" moment for Isaac Ratcliffe. pic.twitter.com/XZIognGJtY

Expect Ratcliffe to be an NHL-AHL in-betweener this season, but if the opportunity arises, Ratcliffe could make a lasting impact on the Flyers.