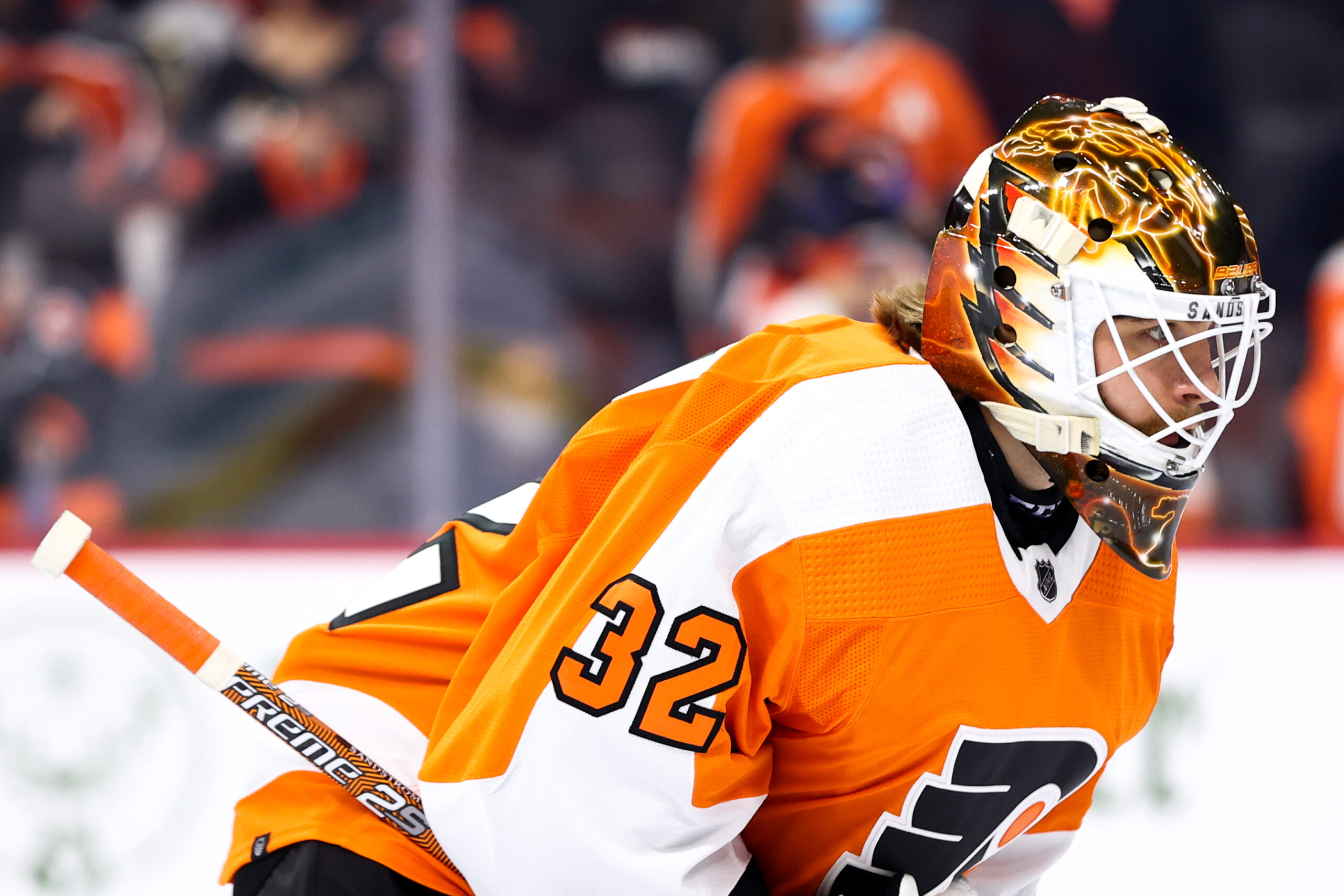 The Philadelphia Flyers have re-signed goaltender Felix Sandström to a two-year, two-way/one-way contract, per Flyers General Manager and President of Hockey Operations Chuck Fletcher. The contract will go from two-way to one-way in 2023-24 and carries an average annual value of $775,000 at the NHL level.

DONE DEAL: We have re-signed goaltender @felixsandstrom to a two-year, two-way/one-way contract worth an average annual value (AAV) of $775,000. https://t.co/xGrzSovsWP

Sandström will presumably enter a battle with Ivan Fedotov for the backup goaltending role behind Carter Hart in Philadelphia.

Sandström played in 44 games with the AHL’s Lehigh Valley Phantoms last season, going 16-18-5 with a .902 SV%, 2.89 GAA, and 2 shutouts. A third-round pick by the Flyers in 2015, Sandström played through the Swedish junior ranks with Brynas IF J18 and Brynas IF J20 before making his professional debut in the SHL with Brynas IF during his draft year.

Sandström appeared in both the 2016 and 2017 World Junior Championships after he was drafted, serving as Team Sweden’s backup in the first tournament but became their starter in the second, helping the Swedes go unbeaten in group play on their way to a fourth place finish after falling 2-1 in the bronze medal game to Team Russia. He recorded a 4-2-0 record to complement his .915 SV% and 2.17 GAA in the tournament.

Sandström also spent time with Brynas IF and HV71 from 2015 to 2019 before making his North American professional debut on April 12th, 2019 with the Phantoms, making 40 saves on 43 shots in a 4-3 win over the Providence Bruins.

The 25 year-old Gävle, Sweden native made his NHL debut last season and appeared in five games for the Flyers, posting an 0-4-1 record behind a porous defense but recorded a 3.23 goals against average and a respectable .910 save percentage. His first game saw him stop 43 of 46 shots in a road overtime loss to the San Jose Sharks, with those totals being recorded as franchise records for the most shots faced and saves made by a Philadelphia netminder in a team debut and NHL debut.

Sandström maintains a 22-21-8 record with a .904 SV%, 2.93 GAA, and 2 shutouts in 57 career AHL contests, and he could find himself with the Phantoms again if Ivan Fedotov outplays him in training camp. The Russian netminder was given an entry-level contract back on May 7th after helping CSKA Moscow win the KHL’s Gagarin Cup in seven games and he also led the Russian Olympic Committee to a silver medal at the Winter Olympics.

Both goaltenders will be hungry to back up Carter Hart this coming season, and regardless of who wins the job, the Flyers are seemingly in safe hands when you look down at their goalie depth chart.

Report: Flyers and Tortorella Come to Terms, Becomes 23rd Head Coach in Franchise History
Thoughts on Yet Another Press Conference