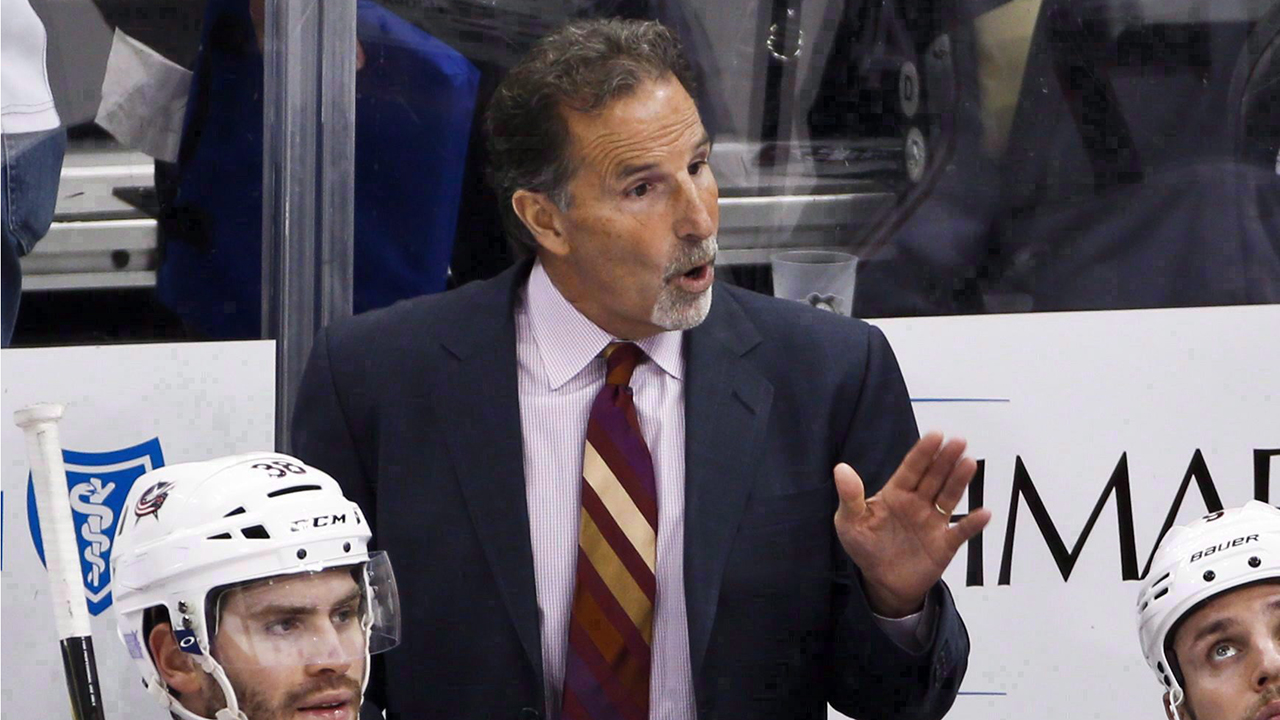 The Philadelphia Flyers have come to terms with free-agent head coach John Tortorella after preliminary talks and late-stage dealings were being discussed in the wee hours of Wednesday morning, according to ESPN’s Kevin Weekes.

Tortorella’s contract is for four years and $4 million per year, so he will earn $16 million through the 2025-26 season. A formal announcement by the Flyers is expected tomorrow.

Weekes was the first to report the breaking news that the Flyers had offered the head coaching position to the former Stanley Cup-winning bench boss with the ball in his court. The Flyers tried to keep a tight lip on their dealings and interviews with potential candidates but rumours made their way onto the mill in no time. Barry Trotz was a possibility, Bruce Cassidy was a late entrant, and Peter DeBoer made the shortlist but eventually the Flyers chose John Tortorella but he wasn’t their first choice. Crossing Broad’s Anthony SanFilippo broke the news yesterday that the Flyers had made a bid for Trotz by offering him a contract that would’ve paid him in excess of $7 million dollars, becoming the highest paid coach in NHL history. After he turned down the offer, the Flyers then turned to Tortorella, who did make the final cut alongside Trotz.

TSN’s Darren Dreger had also mentioned that Bruce Cassidy was not interested either as he had his sights set for the glamours opening in Las Vegas after his surprise dismissal from the Boston Bruins. For weeks leading up to the decision, Sportnet’s Elliotte Friedman had mentioned numerous times that although Trotz was their first choice, the chances weren’t that high, and that several high-ranking front office members like Bobby Clarke and Paul Holmgren were enamoured with Tortorella and believed his old-school ways would be able to turn around the franchise in short order. SanFilippo added a juicy piece of information in the early hours yesterday when he made mention of the fact that Dave Scott “hired an outside agency to provide expert consultation in search of the next bench boss.” According to SanFilippo, help from outside agencies are more common in the world of sports than we think but several members of the Flyers hockey operations team were not pleased, including general manager Chuck Fletcher.

He also mentioned that one source indicated that Fletcher wasn’t as keen on bringing Tortorella into the fold as the others were and was looking for a different direction and type of coach. Fletcher had interviewed a myriad of candidates since the end of the season and one name that he really liked and maybe would’ve brought into the fold was Mike Vellucci, a current assistant coach for the Pittsburgh Penguins. The other members of the search committee, Clarke and Holmgren leading the charge, believed that Tortorella’s leadership and accountability were “so off the charts that he would be an ideal fit for the Flyers’ situation.” Truth be told, that final nugget was probably the nail in the coffin on the decision because it has been reported for years now, that the Flyers have lacked accountability and the previous coaching regimes weren’t able to solve the issue.

Whenever the going got tough and whenever the team was struggling, it was nearly impossible for them to dig out of their struggles in time to save the season. Tortorella, in contrast to the previous head coaches in Philadelphia, is very different in terms of how he deals with his teams, his players, and accountability for all. Alain Vigneault has been compared to Tortorella after the news had broken about the Flyers decision but even though they were both veterans who took “no-nonsense” approaches, Vigneault isn’t as blunt and as direct as Tortorella, which is maybe what is needed for the current state of the team and where they think they’re going to be in the next few years.

SanFilippo finished off his thoughts with a doozy by saying that a second source who is an “NHL player close to both Tortorella and the Flyers said that Fletcher likely doesn’t want Torts as a coach because Torts is notoriously tough on general managers when it comes to the kinds of players he wants and doesn’t want to coach. A third source said Fletcher will put on the right public face and say all the wonderful things about Tortorella and how much he’s going to enjoy working with him, but the reality is that Fletcher is very skeptical of the situation.” All this really shows is that there is a divide within the front office and management group for what was supposed to be a unified front. The head coaching search was extremely important for the Flyers who have found their 23rd head coach in franchise history but only the 7th bench boss in 8 years. Dave Scott at the top wanted the outside firm to help make a decision, the general manager of the team who is seemingly in charge of corresponding moves was outcasted by higher ups and “team legends” who preferred a different candidate, and if the reports are to be believed then Fletcher and Tortorella might be butting heads a lot during the summer and eventually into the season.

Nevertheless the Flyers have brought in a head coach who brings a fire that hasn’t been seen since Peter Laviolette, he will be fun to watch from afar – especially his post game interviews – and while some believe he was the reason for players like Artemi Panarin, Sergei Bobrovsky, and Matt Duchene all walking away from Columbus in 2019, part of the reason was also chasing the big money contract deals they received and playing in bigger and better markets. He’s a lot to handle, some won’t like him, some will love him, and that’s the essence of John Tortorella; he’s not a popular choice but if there was anyone who could possibly right this sinking ship and quickly it’s him and he’s had success almost everywhere he’s coached, including stops in New York and Columbus, where the Flyers would have seen a lot of him.

He walks into the Wells Fargo Center with almost 1,400 games under his belt as a head coach (1,383), has amassed a record of 673-541-37-132, won a Stanley Cup in 2004 with the Tampa Bay Lightning, and has 2 Jack Adams Awards as the league’s best coach. With Trotz not wanting to come to Philadelphia, Cassidy choosing the better situation in Vegas, and Peter DeBoer mum about the situation, the Flyers could only do so much while trying to find the right candidate. Most of the front office believes they found the right guy for the newly branded “aggressive rebuild”, but a very key piece of the puzzle in the general manager has his doubts, which can’t be a welcoming sign.

Report: Flyers and John Tortorella in Final Stages in Getting a Deal Done
Flyers ink Felix Sandström to two-year, $1,550,000 contract