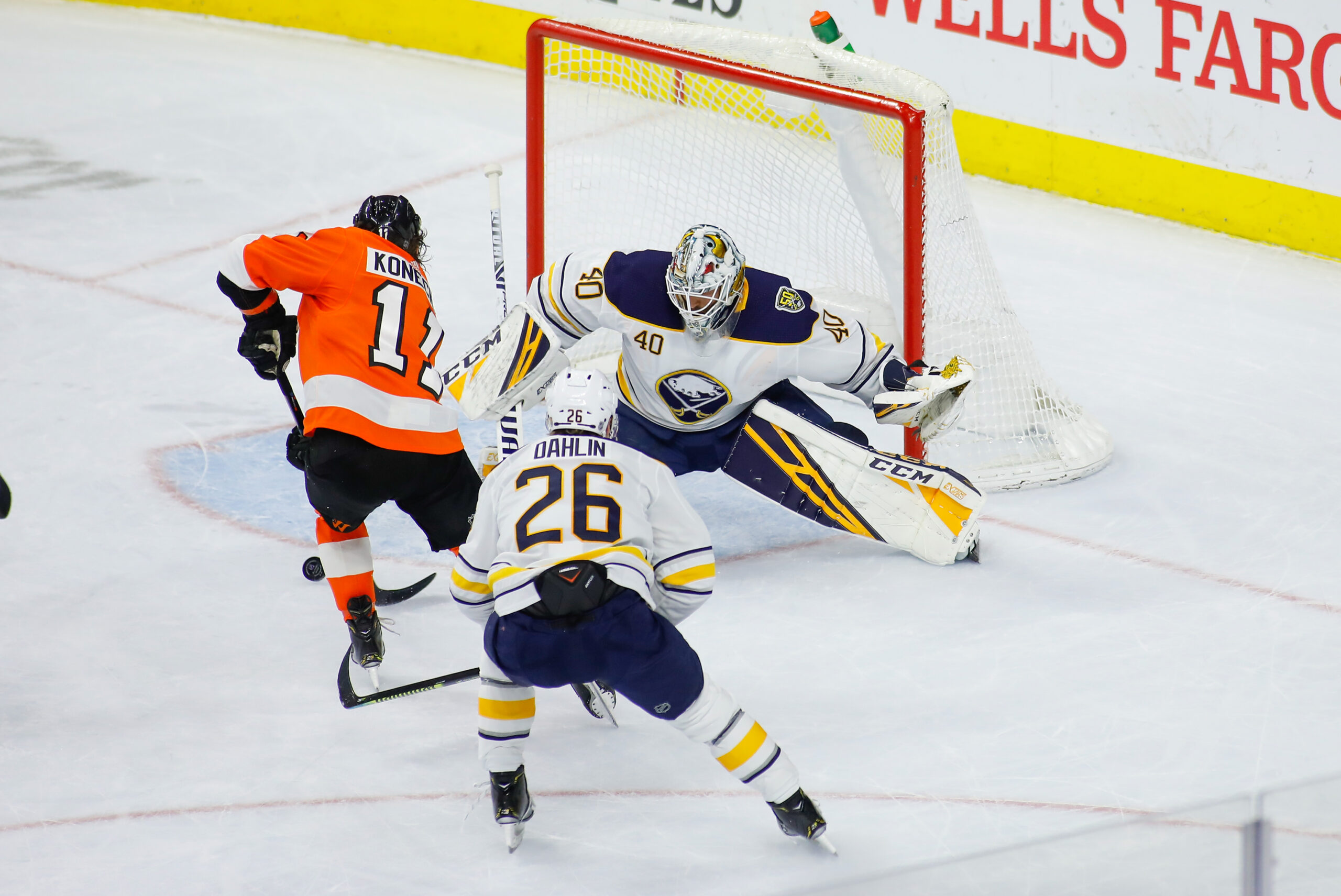 The Philadelphia Flyers face off against the Buffalo Sabres in their second game of the back-to-back at Wells Fargo Center.

Philadelphia again had a strong first period, and lead 2-0 at one point in Saturday’s loss. Buffalo would come out to strong-arm the Flyers for four goals in the second period, a pattern that has shown itself over the most recent stretch of games. One good takeaway from the second period could be that Travis Konecny popped up on the scoresheet again to score his 14th of the year, aiding Noah Cates to his first assist in the league.

The Flyers shockingly hold a 0-2-0 record against the Sabres this year, and they look to erase that donut for tonight’s matchup.

– The Flyers are looking to avoid their 5th straight loss.

– If the Kraken beat the Senators tomorrow night, the Flyers will be one point out of the 3rd pick should Philadelphia lose in regulation tonight.

– Bobby Brink has looked relatively comfortable in the NHL, which is a huge plus for the organization’s future.