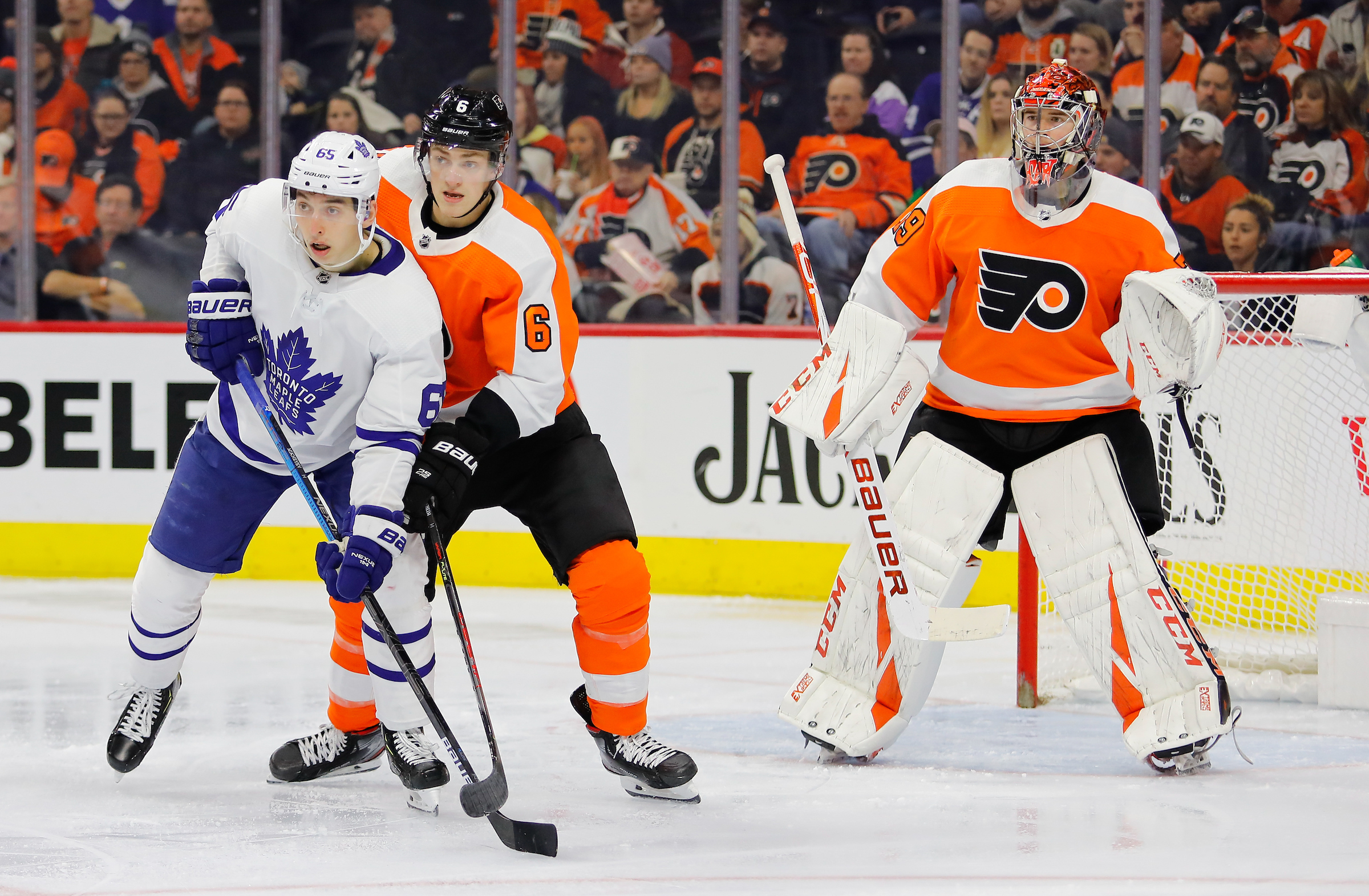 The Philadelphia Flyers (6-2-2) return home to the Wells Fargo Center as they are set to face off against the visiting Toronto Maple Leafs (7-5-1). The Flyers are coming off a quick 2 game road trip against division rivals in the Pittsburgh Penguins and Washington Capitals, losing 3-2 in overtime to Pittsburgh and then winning 2-1 in regulation over Washington, respectively. Meanwhile the Maple Leafs lost to the Los Angeles Kings on Monday night, snapping a 5-game winning streak.

A lot of questions were being asked about the Maple Leafs after their horrid start to the season. Coupled with their playoff collapse against the Montreal Canadiens, the Leafs started the season 2-4-1 with their star players struggling to find the scoresheet. Stars like Mitch Marner and John Tavares weren’t pulling their weight, while Auston Matthews was dealing with a wrist injury. Players like Jason Spezza and Michael Bunting alongside William Nylander were carrying the weight.

Since then, Marner has been on a six-game point streak, tallying 2 goals and 12 points. Tavares is the joint leader in points with Marner at 13, Nylander has 11 points, and Matthews has 5 goals and 8 points in 10 games with 4 goals coming in his last 4 games.

While Petr Mrazek has been sidelined with an early season groin injury, Jack Campbell has taken the reigns yet again in what was supposed to be an equal tandem split. Campbell has been spectacular, posting a 6-3-1 record with a 2.09 GAA and a .929 save percentage. Mrazek is set to miss an additional 4 weeks.

Some would say that the Flyers have had a surprising start to the season, going 6-2-2 in their first 10 games. The Flyers were a wild card for a lot of people, mostly due to their roster purge and not knowing how the pieces of the puzzle would fit. Alain Vigneault and his coaching staff have done a tremendous job, not only with dealing with the newcomers, but overcoming early season injuries to Kevin Hayes, Wade Allison, and Ryan Ellis.

Heading into the nation’s capital on Saturday, the Flyers gave Martin Jones the start and he has been sensational to start the season, going 3-0-0 with a 1.68 GAA and .950 save percentage. It was an even game for the most part but the Flyers offense scored twice in the second period as Jones shut the door the rest of the way, making 31 saves on 32 shots.

Derick Brassard and the second line broke out of their slump with a pivotal opening goal, coming off a great feed by Cam Atkinson behind the net. Sean Couturier added an insurance goal 4 minutes later with some good work in front of the net and slamming home the rebound.

Goaltending has been on point so far for the Flyers with both Jones and Carter Hart stepping up on a nightly basis. Hart will get the nod tonight as he comes in with a 3-2-2 record, a 2.41 GAA, a .926 save percentage, and a shutout earlier last week against the Arizona Coyotes.

Offensively, the goals have dried up a little recently with 9 goals being scored in their last 4 games and 16 goals in their last 6. However, the top line of Claude Giroux, Sean Couturier, and Travis Konecny have been the motor leading the Flyers to wins on a regular basis. Giroux and Couturier both lead the team with 12 points as Giroux has tallied a point in every game but the shutout loss to the Calgary Flames and Couturier has 4 multi-point efforts so far this season.

Kevin Hayes is eligible to come off long-term injured reserve for tonight’s game, but head coach Alain Vigneault said that his return could come as early as Tuesday of next week against the Calgary Flames. Ryan Ellis, who has been dealing with a mysterious lower-body injury and has missed the last 7 games, is a game-time decision, but he was seen taking line rushes with Keith Yandle in practice. Nick Seeler was called up just in case but he was taking line rushes as an extra defenseman with Nicolas Aube-Kubel, who is destined for another game sitting in the press box.

Alongside Mrazek on the IR for Toronto is forward Ilya Mikheyev, while John Tavares and Ondrej Kase are both game-time decisions with undisclosed injuries. All signs point to another Jack Campbell start as he has started 10 of the Maple Leafs’ 13 games this season, while Mrazek has gotten 2, and current backup Michael Hutchinson has 1.