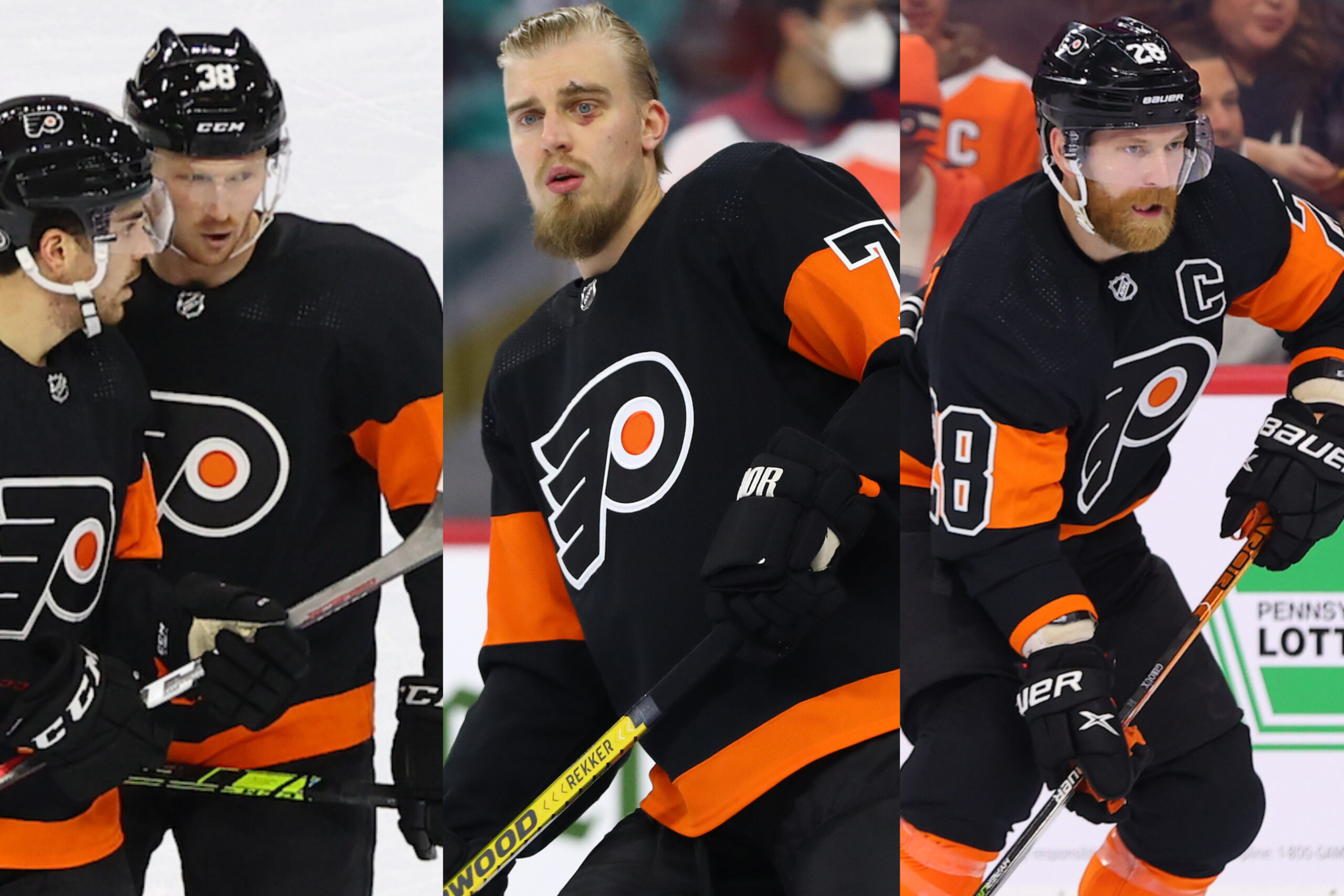 The Philadelphia Flyers announced three player updates on Tuesday morning, with only one of them being pleasant.

Forward Patrick Brown has suffered a sprained MCL and will be out approximately four weeks, and another COVID domino has fallen in the organization as well, as defenseman Rasmus Ristolainen was placed in protocols today.

In a hint of good news, forward and captain Claude Giroux was activated from COVID protocols and was present at practice today. Giroux was taking rushes as the top line center between Joel Farabee and Cam Atkinson. The captain reenters the lineup still as the leading scorer on the club with 29 points in 32 games and will be back in action on Thursday night when the Flyers visit the Boston Bruins, barring anymore postponements.

”I feel good right now. Just conditioning, maybe a little more practice wouldn’t hurt.” said Giroux after being asked by Charlie O’Connor of The Athletic about how he was feeling, “But you know, when you don’t do anything for 5-6 days, it’s kind of tough to get back into practice, but today was a good practice, and it’s good we have another one tomorrow.”

Ristolainen is now one of four players in protocols for Philadelphia, as it seems there’s a never-ending revolving door for this team. He joins defensemen Justin Braun and Ivan Provorov and forward Travis Konecny, though the latter two could potentially be cleared before Thursday’s game. Ristolainen has appeared in 33 games since his trade from Buffalo, in which he has scored one goal and seven assists for eight points while logging 21:19 of ice time a game, mostly in a top-four role alongside Travis Sanheim.

Brown has played in 20 games for Philadelphia since being claimed off waivers from the Vegas Golden Knights on October 11th. He has recorded one goal and three assists for four points while playing in the team’s bottom-six forward group. Brown didn’t practice yesterday either and now we know why. He last played 13:03 in the Flyers’ 3-2 overtime loss to San Jose on Saturday.