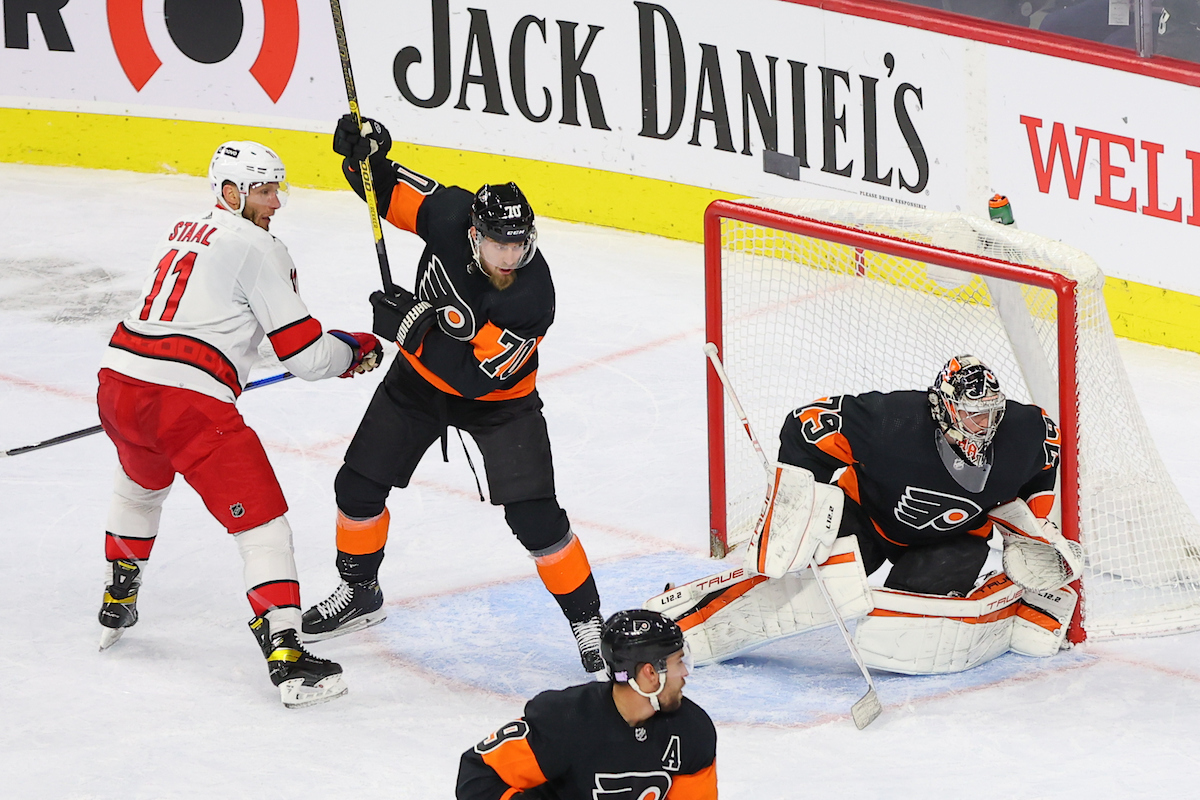 The Philadelphia Flyers will certainly want to avoid the eye of the Carolina Hurricanes in this matchup, as the Hurricanes currently hold first place in the Metropolitan Division.

The Hurricanes are coming off an important win over the second-place Pittsburgh Penguins on Sunday afternoon. They’ll travel across the state and take on the Flyers today at 3:00pm on Pride Night for a mid-Monday matinee!

Get your 2:30 coffee at work folks, you won’t want to miss the Flyers aggravating you during your rush hour commute home! Flip a coin for who makes you yell obscenities first: That guy in the Corolla who cut you off on 76 or the Yandle-Seeler pairing getting mauled by the Canes’ top line. Let’s see how the Flyers stack up vs the Canes.