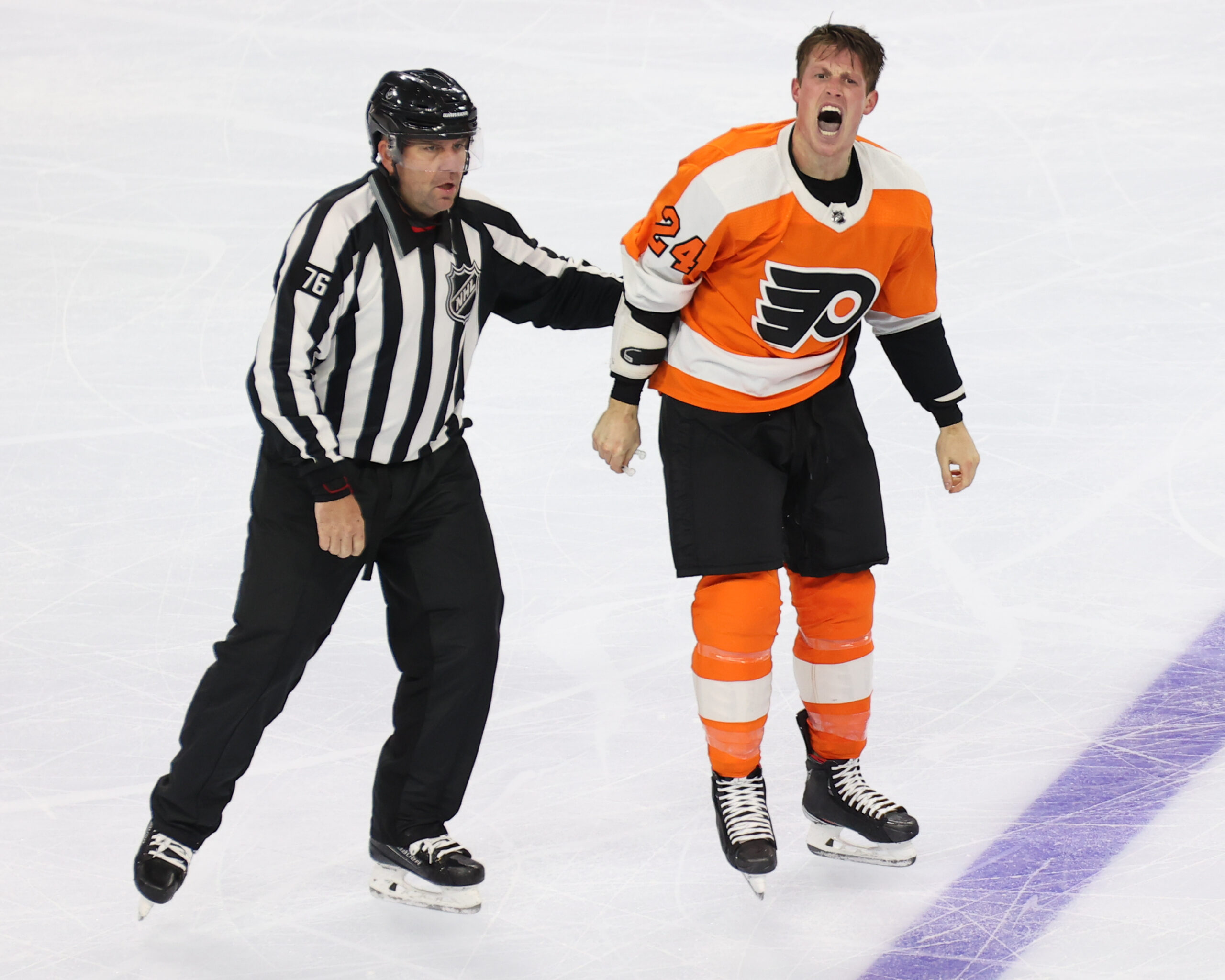 The Philadelphia Flyers announced on Thursday that defenseman Nick Seeler has signed a two-year contract extension with the club, per Flyers general manager Chuck Fletcher. The contract carries an average annual value of $775,000 at the NHL level.

OFFICIAL: We have re-signed defenseman Nick Seeler to a two-year, one-way/two-way, contract with an average annual value (AAV) of $775K. https://t.co/ZI0uDuM25y

Seeler is coming off his inaugural season with the Flyers that saw him appear in 43 games for the team, producing one goal, two assists, 29 penalty minutes, a -3 rating, 67 blocked shots, and 75 hits.

He scored his first goal as a Flyer on February 15th, 2022 in an eventual 5-4 overtime loss to the rival Pittsburgh Penguins at PPG Paints Arena, and it was the first goal he had scored in exactly three years dating back to February 15th, 2019 when he scored against the New Jersey Devils as a member of the Minnesota Wild.

Seeler was one of 10 Philadelphia defensemen to score goals this season alongside Travis Sanheim, Ivan Provorov, Cam York, Ronnie Attard, Keith Yandle, Justin Braun, Kevin Connauton, and Rasmus Ristolainen. The Flyers’ 10 defensemen with at least one goal was the second-most in the league this season just behind Montréal, who iced 11 goal-scoring defenders.

Seeler was originally signed on July 28th, 2021 to a one-year deal as a free agent by the Flyers after previously spending time in the Minnesota Wild and Chicago Blackhawks organizations. Seeler was a draftee of the Wild and Chuck Fletcher in 2011 before playing for the USHL’s Muskegon Lumberjacks and Des Moines Buccaneers. He then attended the University of Nebraska-Omaha and University of Minnesota during his three-year college career afterwards.

Seeler spent 112 games with the AHL’s Iowa Wild and 104 regular season and postseason games with Minnesota between 2016 and 2020 before being claimed off waivers by Chicago. Seeler played six games for the Blackhawks to close out the abbreviated 2019-20 season before not playing at all in 2020-21 after the Blackhawks placed his contact on unconditional waivers for the purpose of mutual termination shortly after he failed to make the team out of training camp. Seeler was then assigned to the AHL’s Rockford IceHogs but was waived again before appearing in any games, and did not play anywhere professionally.

The 28 year-old Eden Prairie, Minnesota native will likely serve in the same role as he did this past season, as an extra defenseman that will suit up occasionally when needed and will be the first recall option from the AHL’s Lehigh Valley Phantoms.