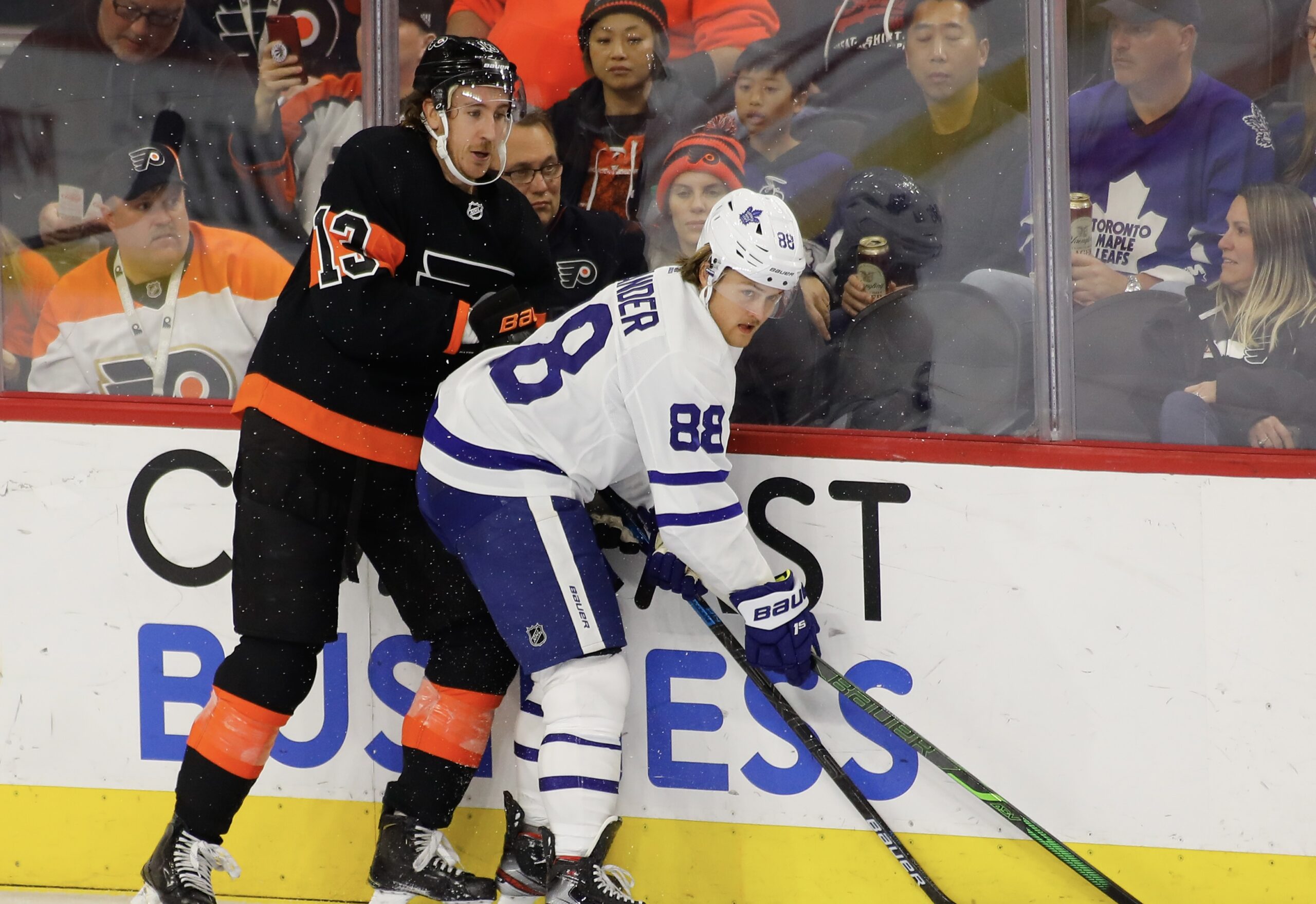 No matter where the Philadelphia Flyers play, they continue to struggle to score their first goal. The NHL’s average scoring is somewhere between 3.00-3.18 goals per game, and the Flyers are well below this number, scoring at a pace of 2.67 goals per game.

The Broad Street Bullies lost 1-0 in overtime to the New York Rangers last evening in Madison Square Garden. Carter Hart stopped 35 of 36 shots last night, played a perfect 3 periods, but gave one up to Chris Kreider in the extra period. He now owns a record of 5-0-2 and posted an unbelievable .972 SV% last night. It’s no secret that Hart has been the guy on this team, elevating his play to another level after the Flyers lost or traded their best offensive weapons. Hart now gloats a .943 SV% and 2.10 GAA in seven games.

Things in Toronto have been messy. Mitch Marner was benched, Auston Matthews is allegedly taking more time on his shifts than he should, and the goaltending hasn’t been great. They are off to a very shaky 4-4-2 start to the season. They are right behind the Flyers in goals for at 26th in the league, good for 2.70 goals per game. Their penalty kill too has been at the bottom half of the league at 22nd, operating at a 75.7% success rate.

If the Maple Leafs continue their offensive woes, and Felix Sandström has a strong night, this may be another low-scoring win with the goalie leading the way; keeping the offensive juggernauts on the Maple Leafs from getting into a rhythm tonight at Scotiabank Arena.

– Head coach John Tortorella said last night that Tanner Laczynski and Egor Zamula are likely to play tonight to get some fresh legs in the lineup, but it remains to be seen who will come out.

– Morgan Frost and Wade Allison are in a dangerous and opportunistic territory here, who will likely have a chance to be leaned on in the latter of the back-to-backs after both received significant ice time cuts by John Tortorella.