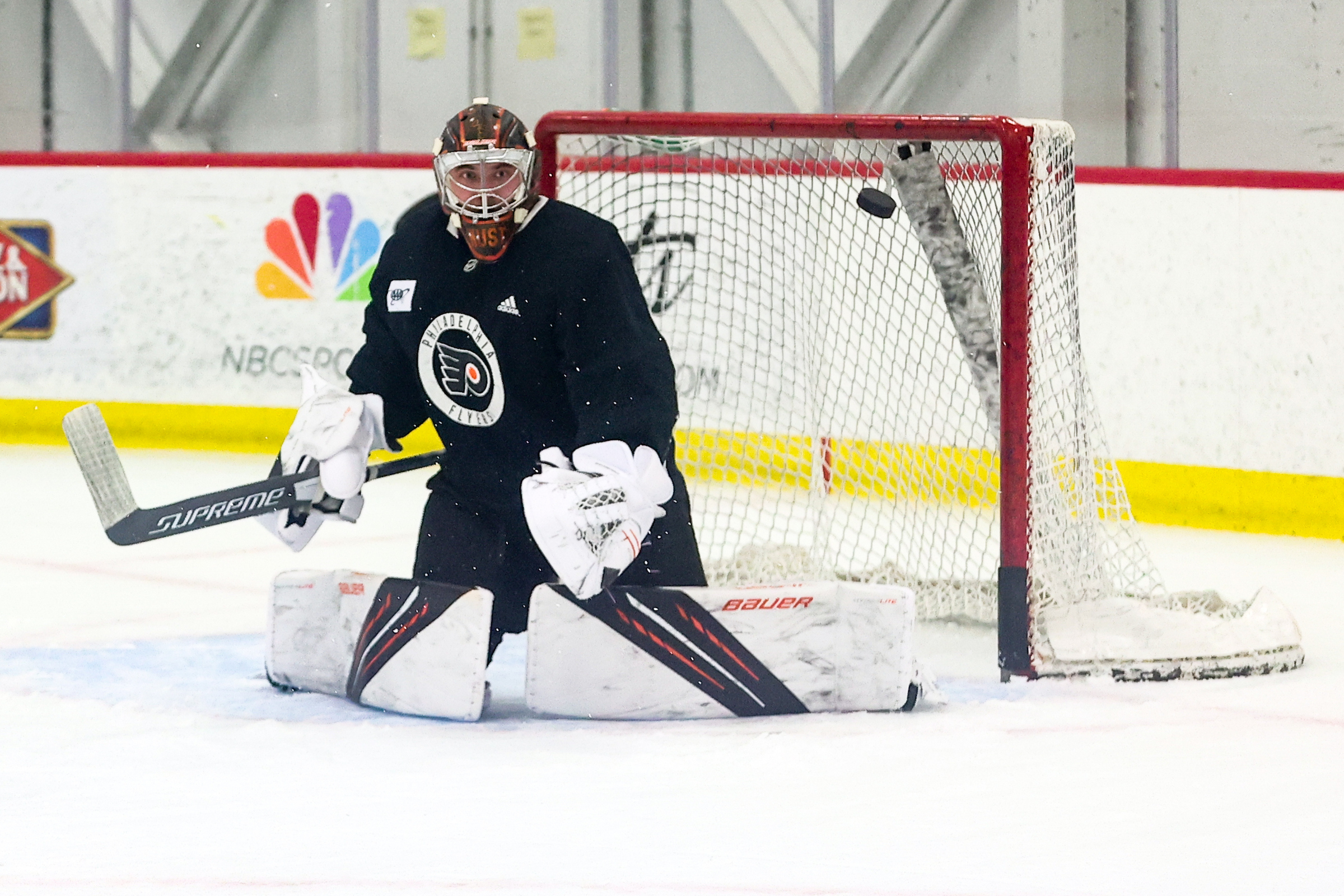 The Philadelphia Flyers have reassigned goaltender Kirill Ustimenko to the AHL’s Lehigh Valley Phantoms from the ECHL’s Reading Royals, and the Royals signed goaltender Hayden Hawkey in his place.

Ustimenko began the season in Reading with Pat Nagle after Felix Sandström and Samuel Ersson started as the goaltending tandem in Lehigh Valley.

Ustimenko has made one appearance for the Royals this season, as he was pulled in the opening game of the season on October 23rd against the Norfolk Admirals after letting up 3 goals on 8 shots in the first period.

Ustimenko will now become part of a three-headed goalie monster in Allentown with fellow prospects Sandström and Ersson. Both of the Swedish netminders have appeared in three games each for the Phantoms so far as they’ve suffered a dreadful start to their 2021-22 campaign so far.

Ustimenko last played with the Phantoms in 2019-20. He appeared in five games and recorded a 1-3-1 record with an .889 save percentage and 3.84 goals against average. He also played in 31 games with Reading as well that season, serving as the Royals’ primary starter in his first North American professional season.

He subsequently missed the 2020-21 season with a torn labrum that required surgery, and is looking to rebound and make waves in the Flyers organization this year.

In Ustimenko’s place, the Royals signed goaltender Hayden Hawkey to a standard player contract. Hawkey was originally a sixth-round draft pick of the Montréal Canadiens in 2014, and then went on to play four years at Providence College, where he helped lead the Friars to the 2019 Frozen Four as a senior.

Hawkey’s rights were traded to the Edmonton Oilers in 2018, and since leaving Providence he has been a journeyman at the ECHL level. He made his professional debut with the Kansas City Mavericks in 2019-20, and spent the 2020-21 season bouncing between the Wheeling Nailers, Allen Americans, and Tulsa Oilers.

In 23 games in the ECHL, Hawkey has racked up a 5-12-4 record along with an .881 save percentage, 3.55 goals against average, and 2 shutouts. Hawkey will likely serve as the Royals’ backup behind fellow journeyman Pat Nagle, who has appeared in both of Reading’s contests this season so far.