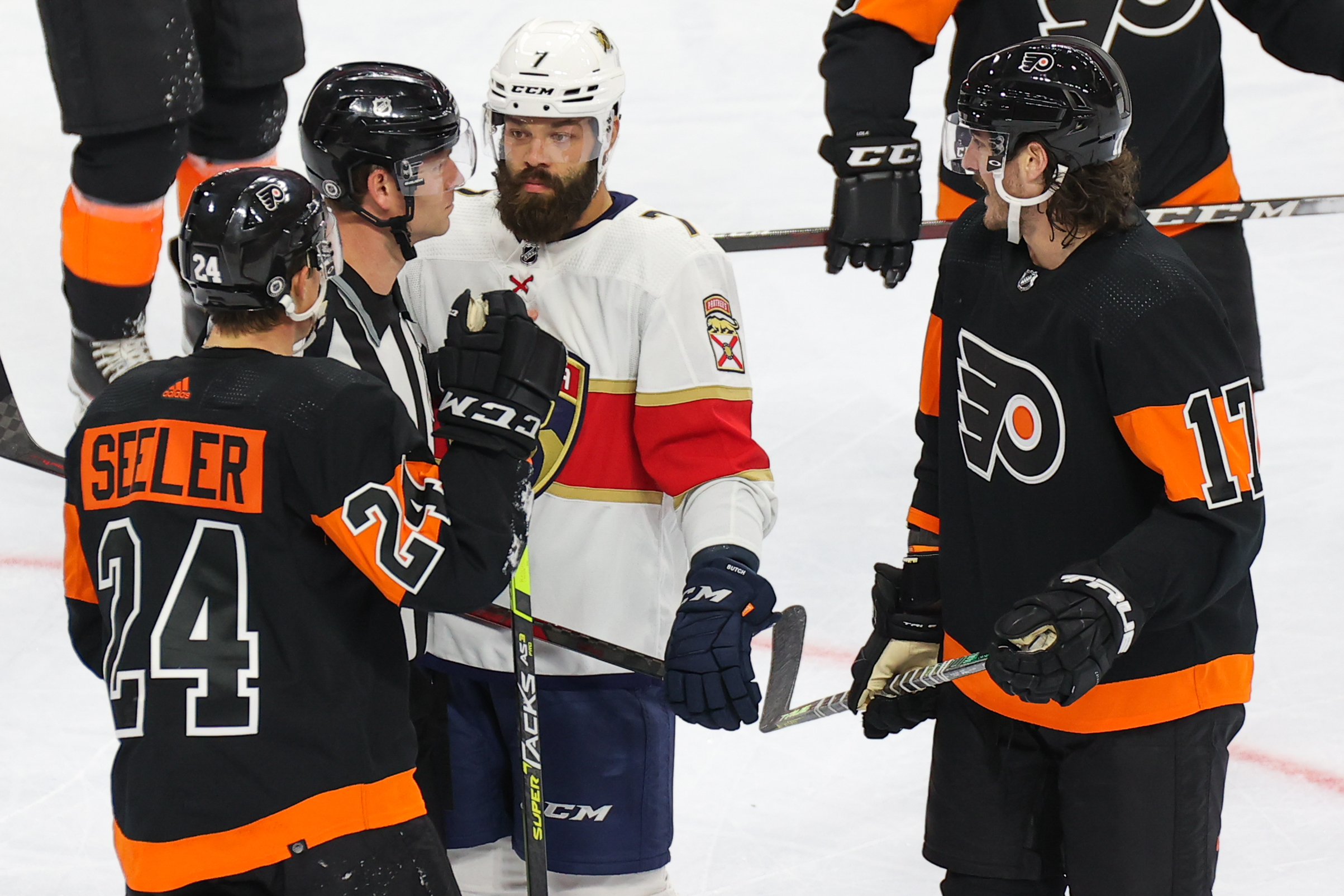 The Philadelphia Flyers host the Florida Panthers tonight for their second bout of the season at the Wells Fargo Center.

The Panthers won their first game against each other last Wednesday by a score of 4-3 to hand the Flyers their first loss of the year. The Flyers went down early, and made a strong push with stallion efforts in the second half of the game to make things close.

They certainly were not showing that same kind of resiliency in Sunday’s dud against the Sharks, losing 3-0.  The Panthers are coming off of a tough loss as well, getting rolled over by the Chicago Blackhawks, another team expected to hold down the basement of the league for the Connor Bedard sweepstakes. Despite the organization’s efforts to strip their team apart, Chicago has been on a winning streak, making it four in a row against the Panthers last Tuesday night.

– Noah Cates has been placed back in his natural position at left wing.

– The Flyers will skate with 11 forwards and 7 defensemen tonight as Tanner Laczynski is out of the lineup due to a family matter.

– Rasmus Ristolainen makes his debut after being held out through the preseason with a lower-body injury, but all things come at a price, as JVR will be out of the line up long-term with a broken finger.

– Sean Couturier and Cam Atkinson are not skating on the ice any more after alleged setbacks. An appearance this season is still up in the air for Couturier.

– Owen Tippett makes his return against Florida and will face his former team for the first time as he has recovered from his collision in the home opener.

– Kieffer Bellows was claimed off waivers by the Flyers from the Islanders earlier today, but he will not suit up tonight.

Kieffer Bellows claimed off waivers by Flyers from Islanders
Atkinson and Couturier Suffer Setbacks, Ristolainen and Tippett Slated to Return