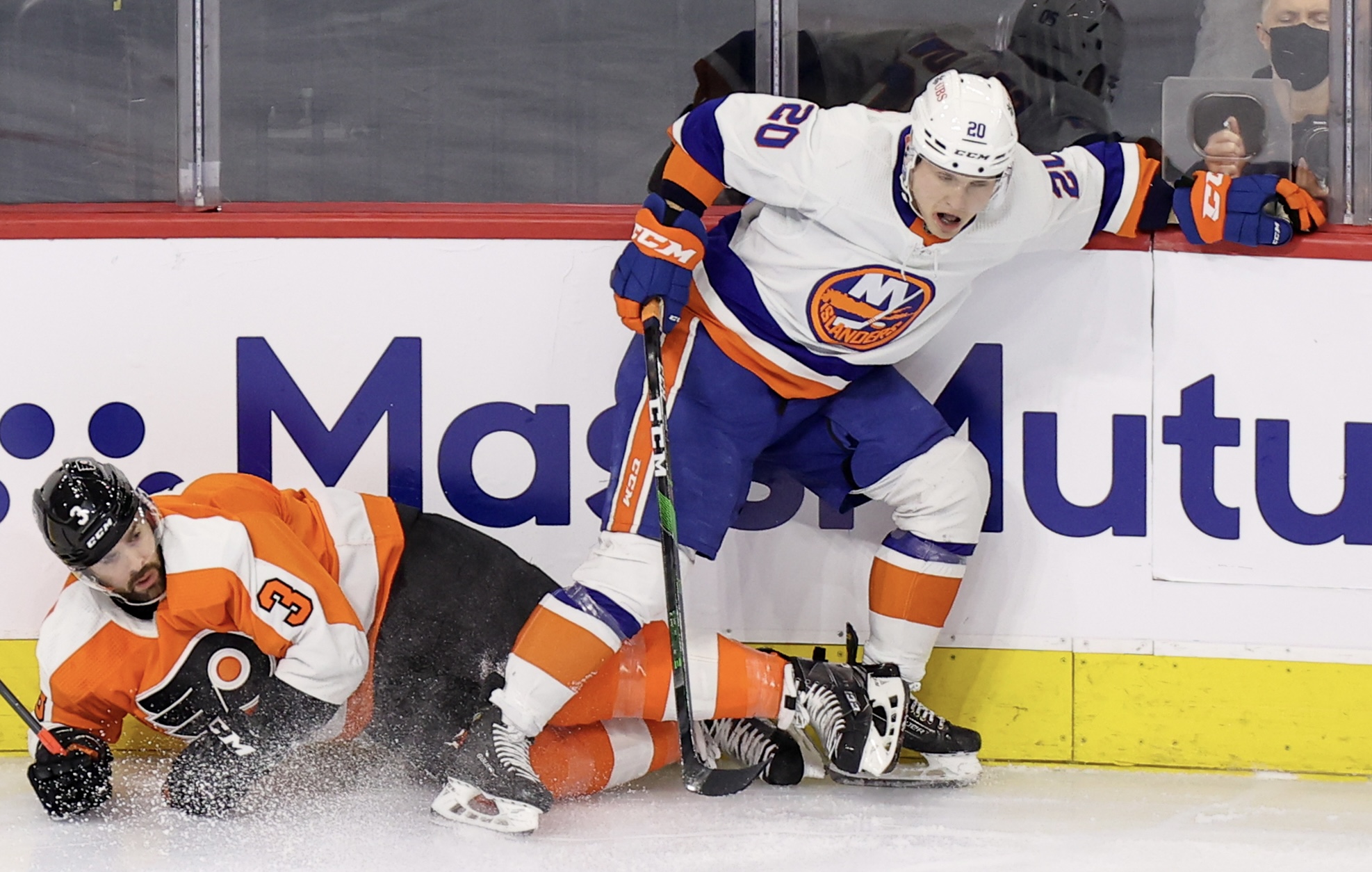 Kieffer Bellows claimed off waivers by Flyers from Islanders

Bellows was drafted by the Islanders in the 2016 NHL Draft at 19th overall, just three picks ahead of Philadelphia, who selected German Rubtsov in that draft.

Bellows made his NHL debut with the Islanders on February 4th, 2020 against the Dallas Stars and racked up an assist in the game.

Prior to his NHL career, he skated in 125 AHL contests with the Bridgeport Sound Tigers (now Islanders), posting 34 goals and 16 assists for 50 points to accompany his 150 penalty minutes and -36 rating.

After being drafted out of the USHL in 2016, Bellows spent a season at Boston University (7-7-14, 40 PIM) before joining the Portland Winterhawks of the Western Hockey League where he scored 41 goals and 33 assists for 74 points in 56 games. He also racked up 3 goals and 10 assists for 13 points in 12 WHL playoff games as well.

Bellows really made a name for himself as a member of Team USA at the 2018 World Junior Championships. After posting just three points in the tournament the year before when Team USA won gold, Bellows exploded for 9 goals and an assist in 7 contests as the Americans took home bronze in the 2018 tournament.

Bellows is a young forward who still has the potential to break out into a bigger role in the NHL, and the Flyers are hoping he can provide a boost to their lineup as a depth option. Also coming off the heels of the announcement that forwards Sean Couturier and Cam Atkinson suffered setbacks in their recoveries, stocking up on another forward can’t hurt, especially one that seems as low risk versus high reward as Bellows does.

van Riemsdyk Out One Month, Atkinson Remains Out, Ristolainen and Tippett on Verge of Returning
Flyers seeking revenge for first loss against Panthers