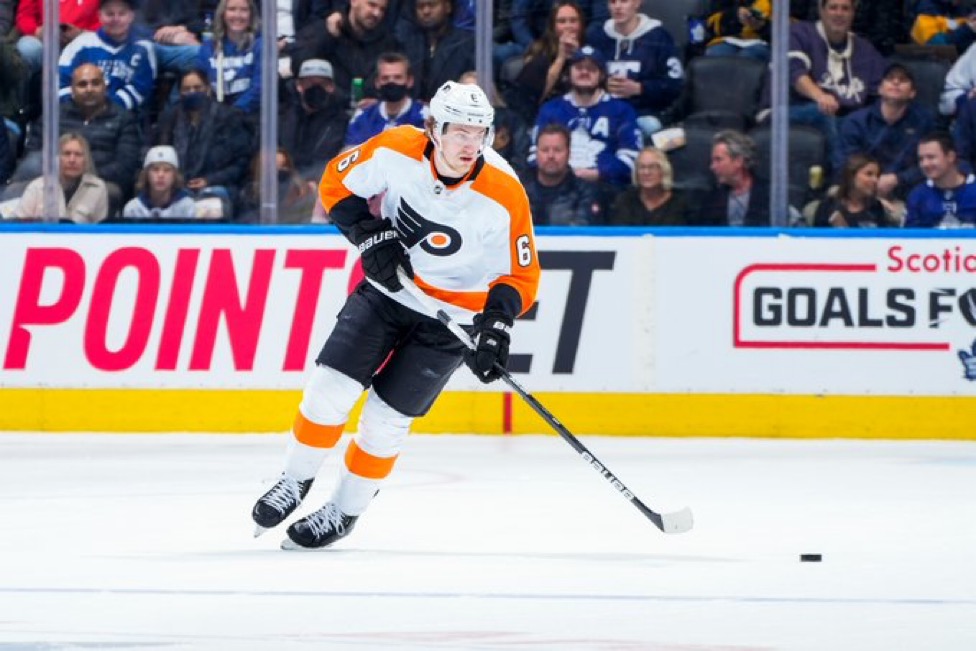 The Toronto Maple Leafs secured a 5-2 win over the Philadelphia Flyers on home ice tonight without their star player, Auston Matthews. The Flyers played very well for most of the game and they really gave Toronto a run for their money at times, but the vaunted offense of the Maple Leafs took advantage of several miscues and turnovers from the under-manned and inexperienced Flyers team and defense. The Flyers’ second period proved fatal yet again after a very strong first period. They got goals from James van Riemsdyk and Ronnie Attard as their losing streak has now hit six games.

Another team looking to sweep the season series against the Flyers, the Maple Leafs entered tonight’s game without the NHL’s leading goal scorer in Auston Matthews for a second straight game, but that shouldn’t have proven to be costly with how loaded the Maple Leafs are. Sitting second in the Atlantic Division, with no chance to leap over the division-leading Florida Panthers and the third place Tampa Bay Lightning breathing behind their necks, this game was more important that generally expected. It was also a game that could’ve been a trap for the vaunted Leafs as their next game is against their division-rival Lightning.

As expected, the Maple Leafs dominated the first-third of the period with a 7-2 shot advantage, almost all the offensive zone time, Wayne Simmonds was robbed by the stretched out pad of Martin Jones, and out of all that momentum they were able to draw a power play after Keith Yandle was called for a tripping minor. It was a very good penalty kill from the Flyers, as they prevented the Leafs from getting a shot on goal as they looked to have missed Matthews on the top unit.

With 6:59 remaining in the period the Leafs got their second power play of the game after Zack MacEwen was called for a hooking minor. The first minute of the power play looked similar to a Flyers man advantage as the Leafs weren’t able to set up, enter the zone, or get any chances as the aggressive penalty killing of the Flyers thwarted every chance. The first penalty kill was great but the second one was even better. At the tail end of the kill, the Flyers were able to draw a penalty of their own as David Kampf was called for a holding minor.

Only 13 seconds into their man advantage, the best team in terms of shorthanded goals scored almost added to their league-lead of 13 goals while down a man as Colin Blackwell found some day-light after Joel Farabee fumbled the puck at the blue line. Travis Sanheim was the last man back but he still made a good move on the defenseman and created a dangerous scoring chance that was stopped by Jones. The Flyers created a few chances at the back-half of the man advantage and definitely had a better showing than their opponent.

The Leafs, who looked like the better team for the first five minutes, looked to have sagged for the remainder of the period as the Flyers took control after several huge penalty kills. Both teams traded scoring chances after the Flyers’ man advantage went for nought, but Philadelphia had the better chances, especially near the end of the period with Jack Campbell really standing tall on a few chances from Nate Thompson.

After such a strong start to the game, the Flyers entered the daunting second period tied at zero with Toronto. It only took the Leafs 105 seconds to take the lead with the opening goal of the game off the stick of Timothy Liljegren. Alex Kerfoot made a move on Noah Cates around the net, the young Flyer kind of let off of the Toronto forward and as he tried to centre the puck initially, and it bounced off Cates’ skate, back to Kerfoot, then he sent a cross-ice pass to the unmarked defenseman who roofed it past Jones’ glove from the slot. The Flyers were 5-33-4 when allowing the first goal and they entered with an NHL-worst -31 goal differential in the second frame.

Travis Konecny had a great chance to tie the game after being set up on a one-timer by Kevin Hayes. With the Leafs defenseman dropping to his stomach a little too early, Hayes flipped a pass to Konecny on the other wing but he was stopped by the out-stretched pad of Campbell. The shot didn’t have all the mustard that Konecny was hoping for as the shot was somewhat fluttered with Konecny off-balance.

The Flyers tied the game off the stick of James van Riemsdyk after he jammed away at a loose puck in the blue paint. Joel Farabee went end to end after trying to dance through two blue jerseys. Morgan Rielly sent it around the boards to his partner, Ilya Lyubushkin, but he turned it over to Konecny. Konecny passed it to Keith Yandle at the point, whose shot was stopped but the rebound was large enough for van Riemsdyk to whack away until it crossed the line.

With 7:11 remaining in the second period and the game tied at one, the Maple Leafs jumped back on the power play for the third time after Ivan Provorov was called for a holding minor. The league’s top power play struck only 50 seconds into the man advantage after some slick passing from Mitch Marner, William Nylander, and John Tavares. The play culminated with Nylander sending a shot top-corner after receiving a pristine pass from Marner. It wasn’t a one-timer, just a perfectly placed snap-shot.

Shortly after the power play marker from Nylander, the Maple Leafs were called for a tripping minor courtesy of Nick Abruzzese. 13 seconds into the power play, Kevin Hayes was called for a hooking minor, negating a golden opportunity to tie the game, especially with the Flyers holding a heavy shot advantage of 27-18 at that point in time.

With only 24 seconds left in the second frame, the Maple Leafs’ fourth line pounced after a neutral zone turnover. Spezza stole the puck from Owen Tippett and then passed it to Wayne Simmonds streaking into the zone. Simmonds made a stutter step move that caused Yandle to fall flat on his keister, and then a nice tic-tac-toe ensued from Simmonds to Spezza to Mark Giordano and then back to Spezza as Jones really had no chance in making the save.

2:18 into the third period, Travis Sanheim was called for a cross-checking minor and Kevin Connauton also left the bench and headed straight to the locker room after tangling with a Leaf into the corner with what looked like a knee injury. After some worrisome moments at the beginning of the power play with the Leafs all around the blue paint, the Flyers were able to kill it off and get back to even strength. Shortly after the kill, T.J. Brodie was called for a two minute cross-checking minor as the Flyers were looking dangerous off a few Leafs turnovers. The Flyers had a few chances, dangerous ones at that especially with van Riemsdyk parked in front of Campbell, but the Leafs killed another one.

With 9:49 remaining in the third period, the Maple Leafs added to their lead after a bouncy-looking goal from Nylander. Ilya Mikheyev won the puck battle in the corner, sent a pass to the point to Liljegren, his shot was deflected by David Kampf and then off the skate of Nylander in the blue crease. The Flyers considered reviewing the play but passed on the idea because there was no distinct kicking motion or goalie interference.

Ronnie Attard scored his second goal of the season snapping a nasty wrist shot over the shoulder of Jack Campbell. Kevin Hayes stole the puck in the defensive zone, took it all the way into the offensive zone, dropped it to Konecny whose shot was blocked, but the puck bounced towards Attard who made no mistake in roofing the shot in front of a stunned and silent crowd.

With Jones pulled for the extra attacker, the Leafs pounced quickly on the empty net as Ilya Mikheyev sealed the deal with his 18th of the season. Zack MacEwen and Ilya Lyubushkin dropped the gloves shortly after, with the Maple Leaf defenseman taking the slight edge in the tilt.

The Flyers head to Montreal on Thursday to take on the lowly Canadiens at Bell Centre in a battle of league cellar-dwellers.