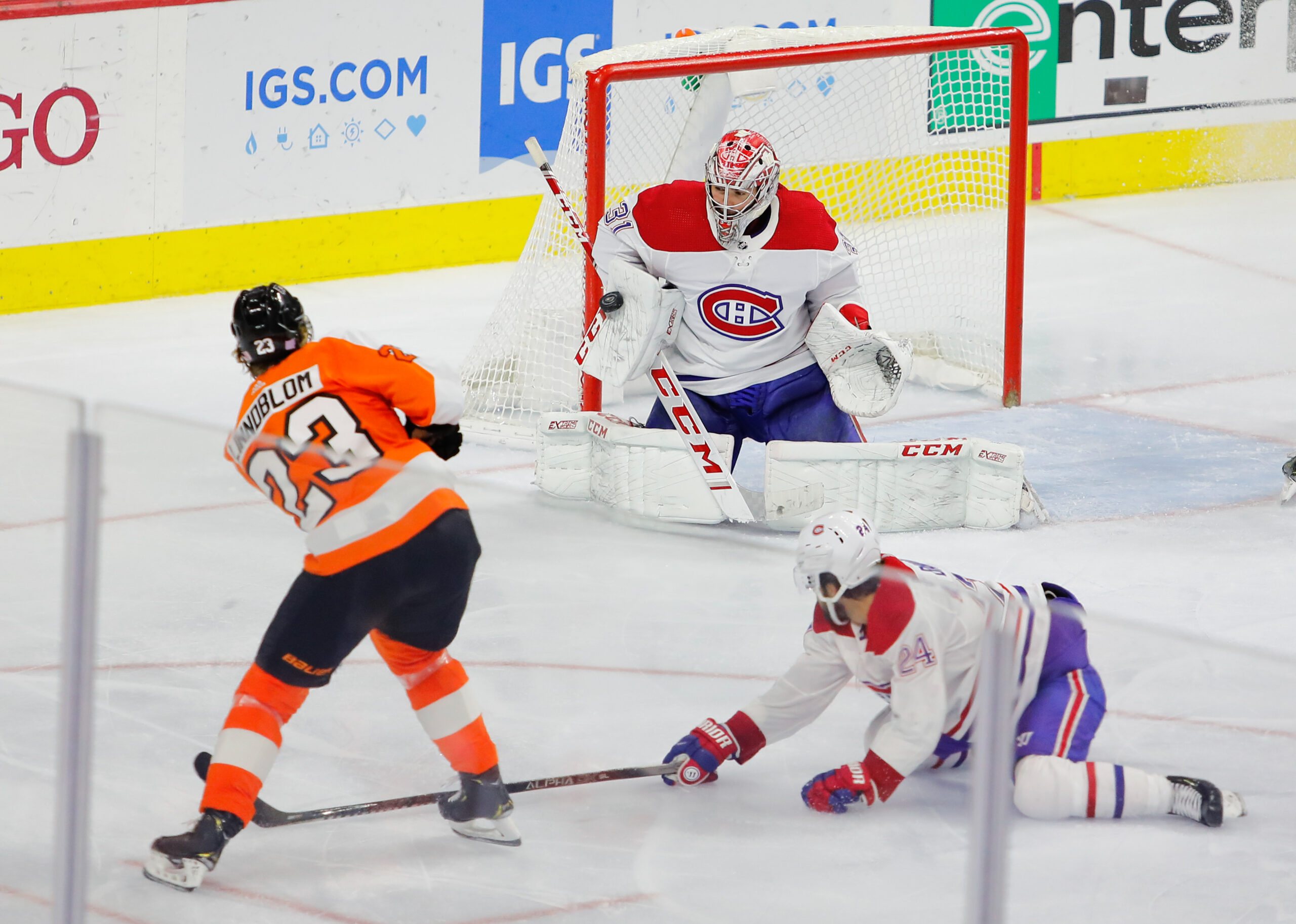 The Philadelphia Flyers embark to Bell Centre to face off against the Montréal Canadiens in a battle of two of the NHL’s cellar dwellers. Both teams sit dead last in their respective divisions and have had seasons to forget.

The Flyers enter tonight’s game on a six-game losing streak, most recently extended by the Toronto Maple Leafs on Tuesday night at Scotiabank Arena in a 5-2 thumping. Philadelphia has not shown any real effort or poise in their game recently aside from maybe their goaltenders and younger players playing their best.

Speaking of younger players, another Flyer will be making their NHL debut tonight. Linus Högberg was recalled on emergency conditions yesterday after Kevin Connauton left Tuesday’s loss with an injury and did not return. Högberg, a fifth-round pick by the Flyers in 2016, has played his last two seasons on North American ice with the AHL’s Lehigh Valley Phantoms after playing within the Växjo Lakers organization in his native Sweden.

Högberg has recorded seven assists in 57 contests with the Phantoms this season and will join a Philadelphia blueline brimming with youth alongside Egor Zamula and Ronnie Attard. The defenseman will be the ninth player to make his NHL debut with the Flyers this year, joining Attard, Bobby Brink, Hayden Hodgson, Linus Sandin, Isaac Ratcliffe, Felix Sandström, Max Willman, and Noah Cates.

Montréal coincidentally enters tonight’s game on a six-game slide of their own, not having won since April 7th against the New Jersey Devils in a 7-4 showing in Newark. The Canadiens have played with a little more confidence and have shown some signs of promise since Martin St. Louis was appointed as interim head coach, and they’ll look to keep improving on that against a team that they’ve already beaten twice this season. Under St. Louis’ watch, Montréal is 12-16-4 since he was hired on February 9th and will look to finish the year out strong under his watch.

One player that will help the Canadiens out with closing out the season on a more positive note is star goaltender Carey Price. Price made his long-awaited return to the Montréal crease on April 15th against the Islanders, and while he is winless in two appearances, he has been nothing short of spectacular so far, posting a .918 save percentage and astounding 2.02 goals against average in those games. He’ll get a crack at earning the victory against Philadelphia tonight.

– The Canadiens have won the first two matchups in the season series and have a chance to go for the sweep tonight. The last time the Canadiens performed a season sweep against Philadelphia was during the 2014-15 season.

– This is the 202nd all-time meeting between the Flyers and Canadiens since Philadelphia entered the league in 1967. The Flyers trail in the all-time series 79-83-31-8.

– While Carey Price was drafted by Montréal and has spent his entire career there, his father and fellow goaltender Jerry was actually drafted by the Flyers back in 1978. An eighth-round pick by Philadelphia in the 1978 Amateur Draft, Jerry Price spent time with the IHL’s Milwaukee Admirals, the NEHL/EHL’s Jersey/Hampton Aces and Johnstown Wings, and then the ACHL’s Hampton Roads Gulls before hanging up the skates at the conclusion of the 1982-83 season.

Flyers drop their sixth straight after losing 5-2 on the road against the Maple Leafs
Flyers snap six-game losing streak after defeating Canadiens, 6-3