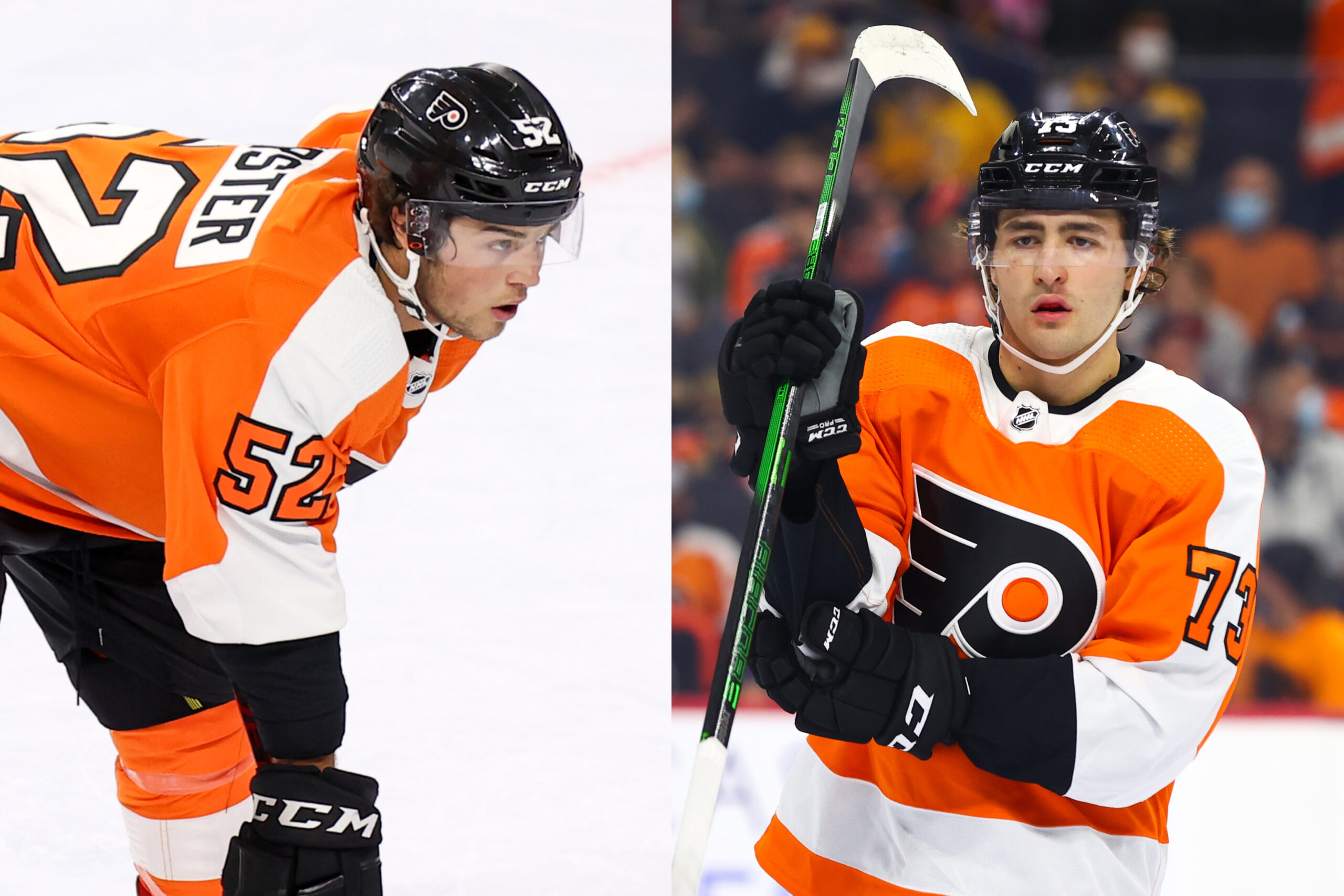 The Philadelphia Flyers will have two prospects heading to Edmonton for the 2022 IIHF World Junior Championships representing Team Canada. Forwards Tyson Foerster and Elliot Desnoyers were named to the 25-man roster today and the tournament will run from August 9th to August 20th.

2⃣5⃣ players will wear the 🍁 at the 2022 IIHF World Junior Championship in Edmonton.

The tournament was postponed because of an outbreak of COVID-19 within participating teams back on December 29th and will resume next week after the Hlinka Gretzky Cup tournament is over. All statistics and results recorded from December have been voided and Team Latvia has replaced Team Russia in the tournament after the invasion of Ukraine.

Desnoyers originally made Team Canada’s roster  during the first attempt at playing the World Juniors. The Halifax Mooseheads captain enjoyed a stellar 2021-22 season, registering 42 goals and 46 assists for 88 points in just 61 games. He finished the year 7th in goals and 11th in points across the QMJHL, and he also posted three assists in two games at the cancelled tournament in December.

Foerster originally couldn’t participate in the tournament due to a shoulder ailment that required surgery, but the postponement worked out in his favor and he will be able to suit up for the Canadians. The Flyers’ 2020 first-round draft pick played in 13 games for the OHL’s Barrie Colts after he returned, and he posted 6 goals and 5 assists for 11 points in that span. He also previously scored a goal and 2 assists for 3 points with the AHL’s Lehigh Valley Phantoms.

For Foerster, this will be his first international appearance. Meanwhile, Desnoyers has previously played at the international level once at the 2019 World U-17 Hockey Challenge for Canada Red. He scored one goal in six contests, and former Flyers prospect Connor McClennon ended up leading the entire tournament in scoring for Canada White.

Both players will look to have a big tournament and impress the Flyers’ brass with training camp and the preseason lurking right around the corner. Philadelphia’s Rookie Game series against the New York Rangers will take place on September 16th and 17th at PPL Center in Allentown, Pennsylvania, which both Foerster and Desnoyers could very well play in. Then the regular slate of preseason games will be underway before the Flyers’ regular season begins on October 13th against New Jersey.