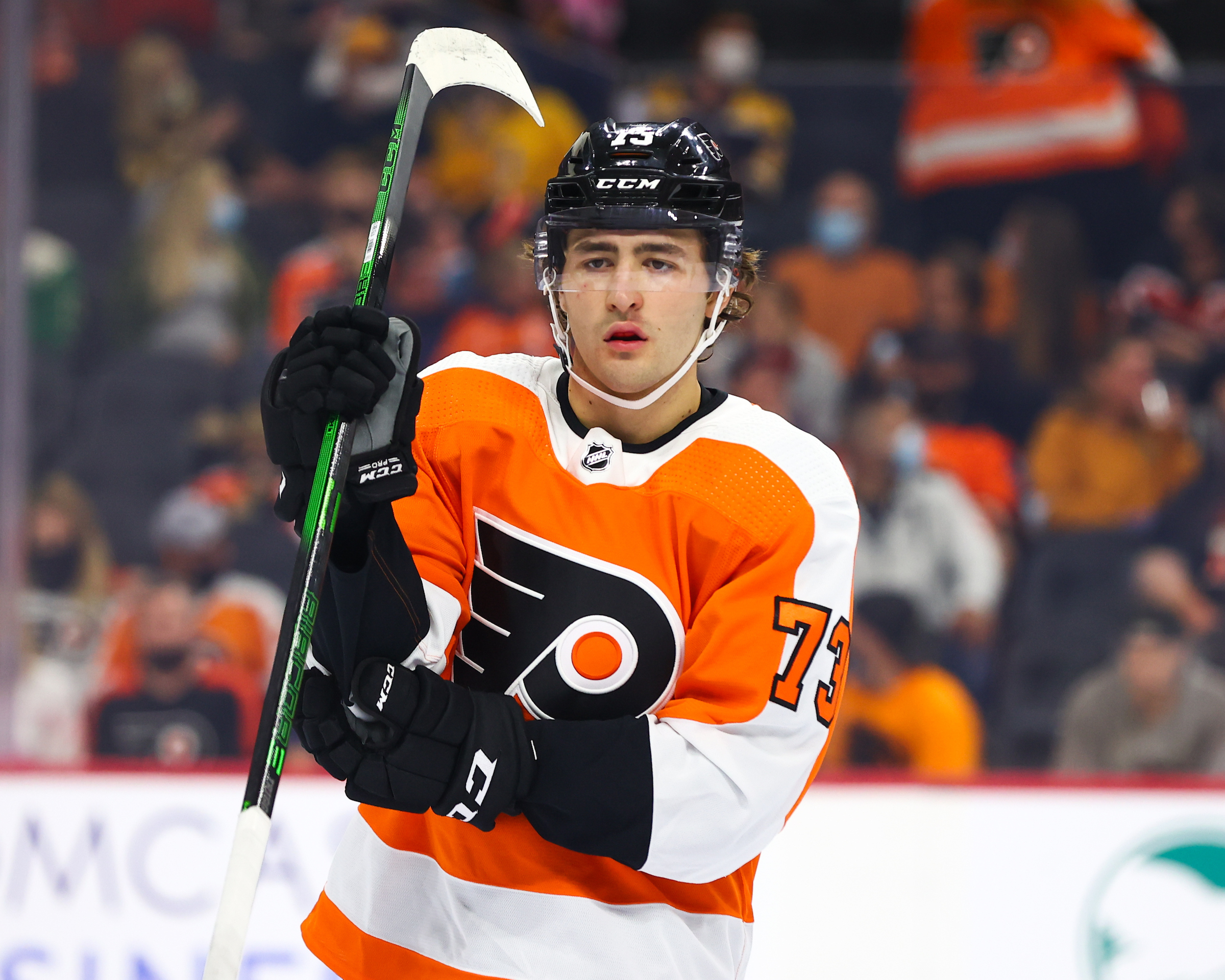 In case you missed it, Philadelphia Flyers prospect and Halifax Mooseheads forward Elliot Desnoyers was selected as one of Team Canada’s representatives for the 2022 World Junior Championships last night.

Desnoyers was a selection camp invite that was far from being a roster lock, but he has enjoyed a successful season in the QMJHL with the Halifax Mooseheads. He’s posted 16 goals and 20 assists for 36 points in just 20 games. That’s good enough for 14th in total scoring in the league, but he was heading into selection camp with names that have already played in the tournament before and have even played in the NHL, such as Hendrix Lapierre, Mason McTavish, and Cole Perfetti.

Desnoyers, a fifth-round pick of the Flyers in 2020 by general manager Chuck Fletcher, was able to beat out Lapierre, Joshua Roy, Luke Evangelista, Ryan Tverberg, Zach Dean, Jack Finley, and William Dufour for a roster spot among the team’s forward group.

This will be Desnoyers’ second international tournament appearance as he played in the 2019 World U-17 Hockey Challenge for Canada Red. He scored one goal in six appearances, and fellow Flyers prospect Connor McClennon ended up leading the tournament in scoring for Canada White.

Desnoyers is one of four QMJHL players to make the Canadian roster, along with Mavrik Bourque, Lukas Cormier, and Xavier Bourgault. They will serve as the host team as the tournament is being held in Alberta in the cities of Edmonton and Red Deer.

The Halifax captain is the first Philadelphia prospect to appear in the World Junior Championships for Team Canada since Morgan Frost in 2019. Coincidentally, Canada was also the host nation that year as well, as the tournament’s games were split between Vancouver and Victoria, British Columbia.

Desnoyers and Team Canada will begin their quest for gold on December 26th as they’ll take on Team Czech Republic at Edmonton’s Rogers Place in their first preliminary group contest.