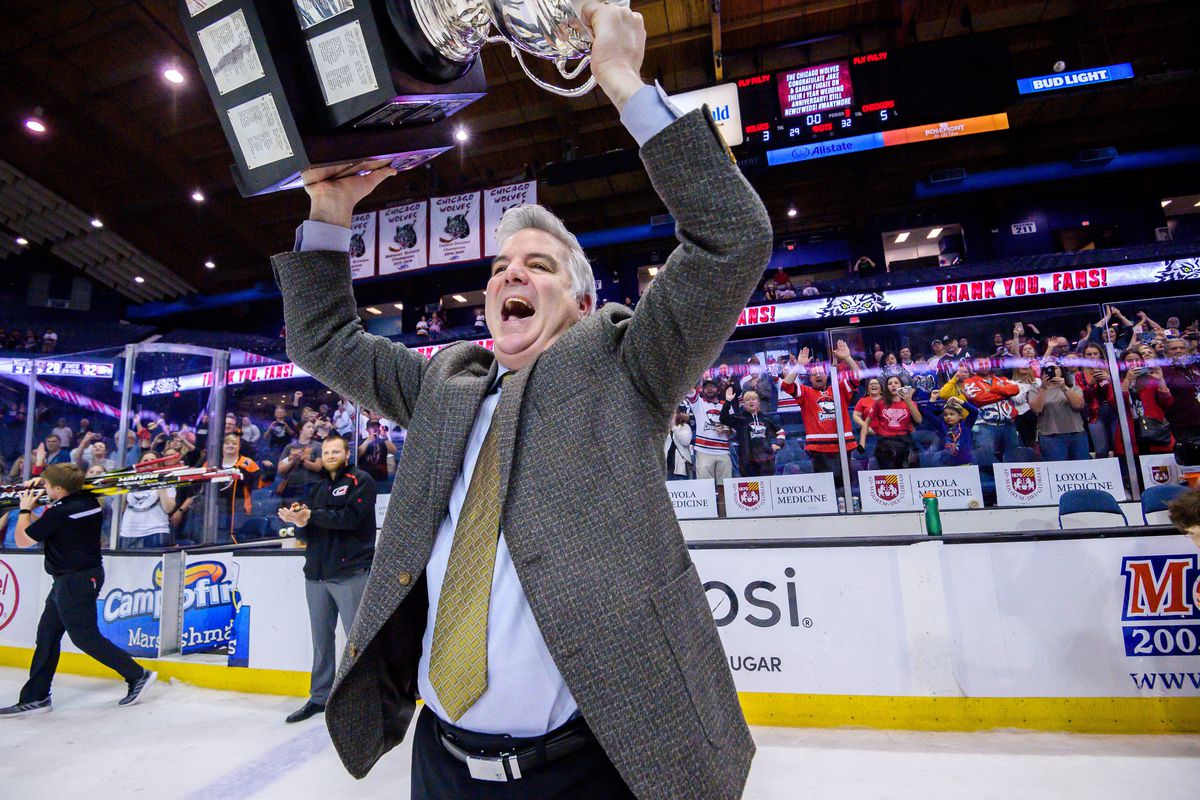 It seems that the Philadelphia Flyers’ due diligence is paying off, but their want-to to keep things under wraps isn’t going as planned as head coaching candidates are being picked up by the day. First it was Barry Trotz having a phone interview last Friday before Chuck Fletcher let everyone know that there would be an in-person interview some point in the following weeks, and according to Sportnet’s Jeff Marek that interview took place earlier this week.

Then we found out from ESPN’s Kevin Weekes that the Flyers had interviewed John Tortorella on Tuesday. After that a few more candidates leaked out in Kirk Muller and David Quinn, and they have just reportedly interviewed current assistant coach of the Pittsburgh Penguins Mike Vellucci this week as well, per Sportsnet’s Elliotte Friedman.

The Flyers have already been reportedly interested in former Dallas Stars head coach and current St. Louis Blues associate coach Jim Montgomery and former Flyer Rick Tocchet. As the days turn into weeks, more names are being thrown into the fire as the Flyers are reportedly doing their full due diligence in hiring another head coach.

Barry Trotz is the guy. The big fish, the big yahoo, and everything in between. The only issue is that the Flyers aren’t going to be the only team interested as there are at least two much more appealing destinations in Vegas and Winnipeg. The Vegas Golden Knights recently fired Peter DeBoer after they had missed the playoffs for the first time in their existence. Meanwhile, the Winnipeg Jets are hoping for the hometown discount, while also possessing quite a bit of firepower and a really good workhorse-of-a-goalie in Connor Hellebuyck. The Flyers might not have the prettiest boat or the best equipment to reel in the big fish of the summer, but they do have the means to afford the most expensive fish in the market.

As for Trotz, he wants to take his time in choosing his next destination after being with the Nashville Predators for 16 years, then the Washington Capitals for 4, and the New York Islanders for another 4 years. It took him only 3 days to choose the Islanders after leaving Washington, so this time around he wants to take his time and evaluate what’s out there as the market continuously heats up for his services.

John Tortorella getting an interview doesn’t come as a surprise as the fiery former head coach of the Tampa Bay Lightning, New York Rangers, Vancouver Canucks, and Columbus Blue Jackets fits the culture, the much-needed identity change, and passion of Philadelphia. He might not be the most prolific name, he might not be the most popular choice, and his attitude might not rub some players the right way but he’s been successful wherever he’s been, he’s won a Stanley Cup – albeit a really long time ago -, and 2 Jack Adams Awards. His old-school vibes might not mesh with the younger crowd but his jam, energy, and mouth will rile up the fans of Philadelphia in short order.

Now the Flyers are turning towards David Quinn, Kirk Muller, and Mike Vellucci. Flyers fans will remember David Quinn from his three years as the bench boss for the New York Rangers. In 3 seasons, Quinn coached 208 games and posted a 96-87-25 record, and missing the playoffs twice while bowing out in the first round of the expanded playoffs in the COVID-bubble. Rangers fans warned Flyers fans from the get-go about Alain Vigneault and how things would be good at the beginning but the wheels will quickly fall off, which is exactly what happened. His old-school style got in the way, he wasn’t the best with handling young talent, and his adjustments got in the way of success, especially within the COVID-bubble. They have done the same with Quinn and if the past is any indication, the Flyers should stay far away from Quinn, especially with the plethora of names that are far superior.

Kirk Muller is a little more seasoned than Quinn, as he spent 5 years as an assistant coach for the Montreal Canadiens, 2 years as an assistant coach for the St. Louis Blues, and then another 5 years with the Canadiens as an associate coach before landing in Calgary under Darryl Sutter. The Flyers can finally interview him now since his team was eliminated by Edmonton, but their interest in him before the Flames were knocked out won’t deter them in the slightest since they’re also interested in Jim Montgomery who was in the same boat until the Blues’ crushing Game 6 loss to Colorado.

Muller was a head coach for 3 seasons in Carolina, but he missed the playoffs every season and posted a 80-80-27 record. He has been around the NHL in some coaching capacity since 2006–07, is very well respected around the NHL, and Elliotte Friedman mentioned on his podcast that the Flyers are very interested, as are the Winnipeg Jets. According to Friedman, many around the NHL really like how Muller has improved the play of Elias Lindholm down the middle as he has become a two-way threat instead of a one-dimensional offensive player.

In terms of head coach candidates currently available, Mike Vellucci might be an unknown name. He’s only been involved at the NHL level for a few seasons with the Penguins since 2020-21 but he’s highly regarded around the NHL, he’s seen as a smart hire, and he’s one of those candidates who can make the jump from assistant to head coach. He’s been under the tutelage of one of the best head coaches in the NHL in Mike Sullivan and it’s no secret that the Penguins know how to win games and make the playoffs with key players injured. Before joining the Penguins bench in 2020-21, Vellucci spent two seasons as the head coach of the Charlotte Checkers in the AHL, losing in the second round in his first season and then winning the championship the following year in 2019. He was then hired by the Penguins to be the head coach of their AHL affiliate in Wilkes-Barre/Scranton and after one season in the AHL, he was promoted to the NHL. Prior to the AHL, he was the head coach of the Plymouth Whalers of the OHL for 14 seasons, making the playoffs in every season but one, and winning a championship once.

The Flyers need a head coach and this is seemingly the year to nab one with the amount of talent out there. They understand the dire need to fulfill that role, they know they can’t mess this one up after going through seven coaches since 2013, especially with the Flyers having fallen out of relevancy in the last several years.

Finding a new bench boss is critical even with so many question marks surrounding their roster and their future, and the best thing about a candidate like Trotz or Tortorella is that they will instill their own brand of identity and culture.

The Flyers Have Options Ahead of the NHL Draft, but Will They Make the Right Choice?
With Giroux Gone, Sean Couturier Has Become the De Facto Face of the Franchise