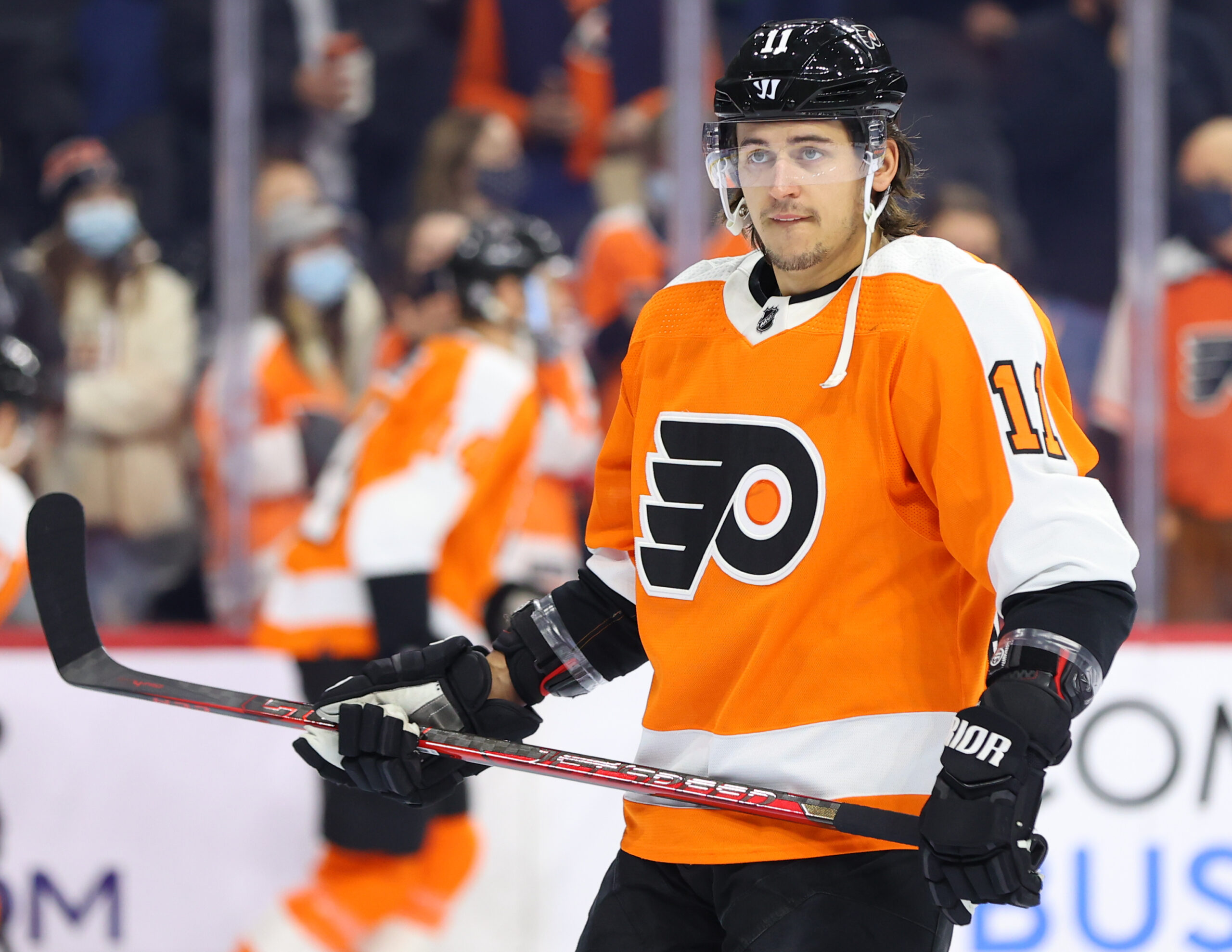 The Flyers are in drastic need of a jersey rebrand

With the Philadelphia Flyers releasing their 2022 Reverse Retro jersey, many in the fanbase were unhappy with the design and colors.

It makes sense for those fans to be upset, as the Flyers have barely changed their jerseys since their introduction to the league in 1967.

The History of the Flyers’ Jerseys

Since their first year in the league, the Flyers have stuck to their roots sticking to their three main colors. Orange, Black, and White have been a staple of the Flyers since expansion. While consistent, the use of only three colors boxes the Flyers in on what they can do creatively with new jersey concepts. The Flyers are also one of the only teams in NHL history that has used the same logo on their chest since their first year, which also boxes them in on their creativity. With all of this information, it has become clear that the Flyers need a major jersey rebrand.

The Flyers have gone from one shade of orange to another with little to no creativity surrounding the changes. Even the jerseys have been remotely the same as the current orange jerseys are almost identical to the original orange jersey the Broad Street Bullies wore. There was a brief period of time where it was rumored that the Flyers would add teal to their jerseys, but that never came to be. While it might seem difficult to rebrand in a way that still keeps the teams history, it doesn’t have to be.

How Other Teams Have Successfully Rebranded Their Jerseys

Looking at other teams’ alternate jerseys and Reverse Retros, they seem to have more to work with than the Flyers. One example of a team expanding what they can do is the Arizona Coyotes. The Coyotes have only been around since 1996 after they moved from Winnipeg to Phoenix, but they have had major jersey changes since then. The Kachina jersey is one of the most popular jerseys in the NHL today and was the original Phoenix Coyotes logo. But the Coyotes went through a major rebrand in 2003, changing from the Kachina to the howling coyote logo. Even with this rebrand, the Coyotes made sure that their original Reverse Retro jersey was interesting and fun, adding purple to the Coyotes’ color scheme for the first time in franchise history. The Coyotes again used the same design this season but using desert tan this time, another first for the franchise.

Another example of a team rebranding successfully are the Boston Bruins. The Bruins are an original six team that has been able to keep their jersey designs fresh and different throughout the years. Like the Flyers, the Bruins have used the same three colors since their conception, but the Bruins have successfully been able to use black, yellow, and white in different ways throughout the years. The use of different logos and lettering on alternate jerseys have made it so the Bruins’ uniforms stay fresh and new, while also keeping to their roots with the original Spoked-B being the staple of their classic home and away jerseys.

What Can the Flyers Do?

The question that needs answering isn’t as straightforward as some might think. With a consistent look for the past 55 years, a rebrand will be tough to pull off smoothly. The first thing that would make sense would to be add a different color to the team’s palette. The teal mock design that was rumored a while ago would be a great way to incorporate some fresh life into the organization while keeping the Flying-P logo that has become iconic. Another way to help what the Flyers can do creatively with new jersey concepts can be the incorporation of an alternate logo or lettering on an alternate jersey while using the original colors. This can bring in a new design but still help the Flyers stick to their roots.

Hopefully if (and when) Nike takes over jersey production and design, the Flyers get more creative with their concepts. But until that happens fans must stay content with the Orange, Black, White, and Flying-P.

Some of the Worst Moments in the Last Decade
Welcome home, Captain