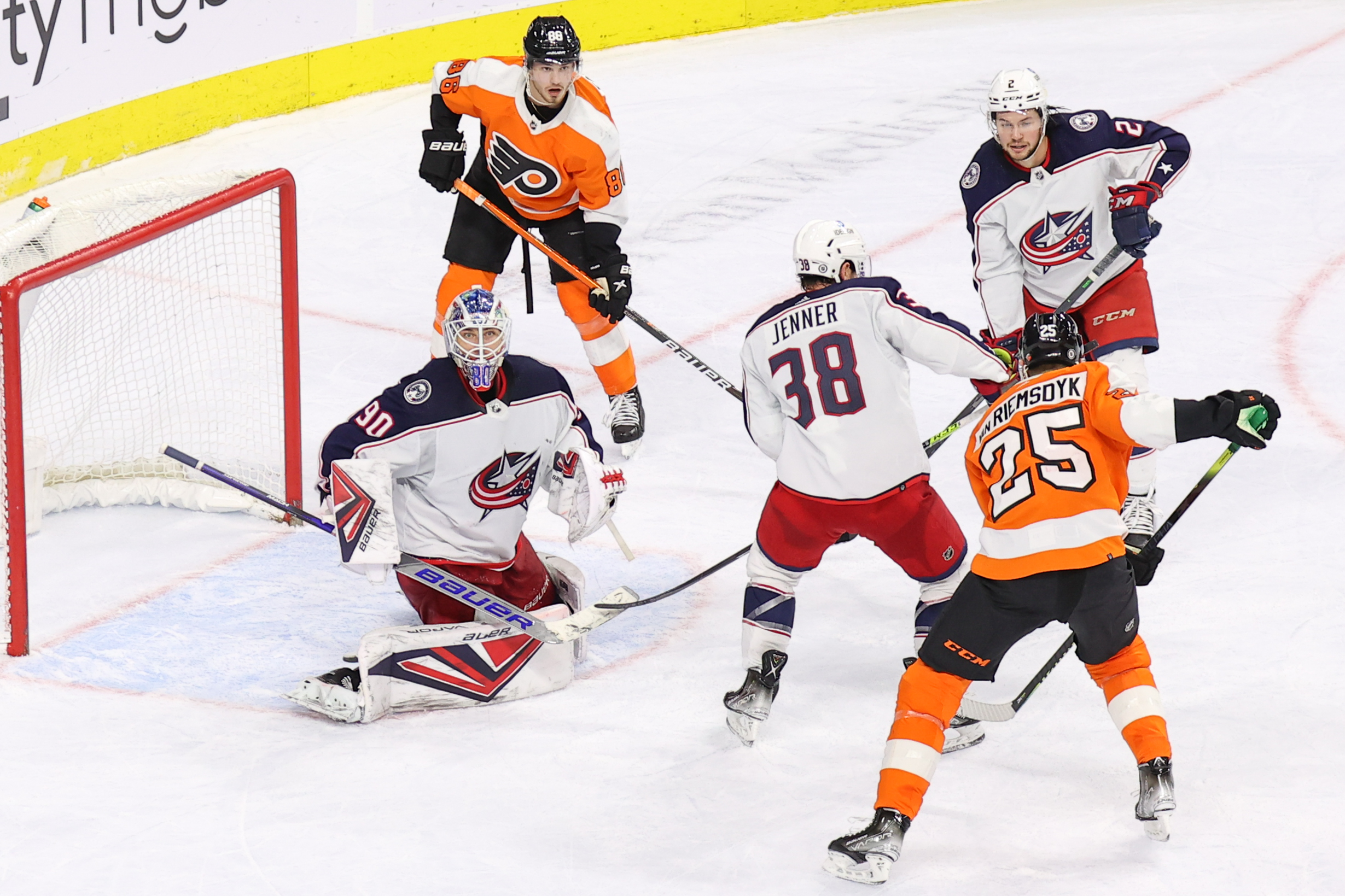 For three straight games, the Philadelphia Flyers’ competition have been in the midst of four-game, seven-game, and now five-game losing streaks, and the first two teams losing streaks were extended (re: 2-1 W over Senators, 5-1 W over Blues).

The Columbus Blue Jackets are hosting the Flyers without much firing power, ranking dead-last on the power play, and are 31st in goals for. They are also dead last in goals against, with only their penalty kill being in the middle of the pack at 17th in the league. Over their last 5 games, they have allowed 5.6 goals per game, and have scored a lowly 1.6 goals per game. Every time you think we have it bad in Philadelphia, remember Ohio exists.

The Flyers, on the other hand, are looking to earn their second three-game win streak just 13 games into the year. They have a 2-3-0 record over their last 5, but are quickly turning the page after dropping 3 straight to the Hurricanes (4-3 OTL), Rangers (1-0 OTL), and the Maple Leafs in Toronto by a 5-2 score.

Their goals per game, while better than the Blue Jackets, sit at a measly 2.4 goals per game, and have bizarrely allowed 2.4 goals per game. The difference maker has been in net, and it feels like we are already beginning to beat a dead horse by constantly going back to the fact that Carter Hart erases all of the Flyers’ sorrows and woes on the ice, producing astonishing numbers to the start of the season. However, it was Felix Sandström who stood tall in their last victory, stopping 27-28 shots to secure his first win of the season and his NHL career with a fancy .964 SV% to cap off the night.

Tonight, it’ll be Hart back in net dueling against Joonas Korpisalo, who’s only played one game this season, stopping 40 of 45 shots against Colorado in a 5-1 loss last game on November 5th.

–  Travis Sanheim’s next goal will be his 30th career NHL goal, and his next assist will mark his 90th career assist in the NHL (347 GP).