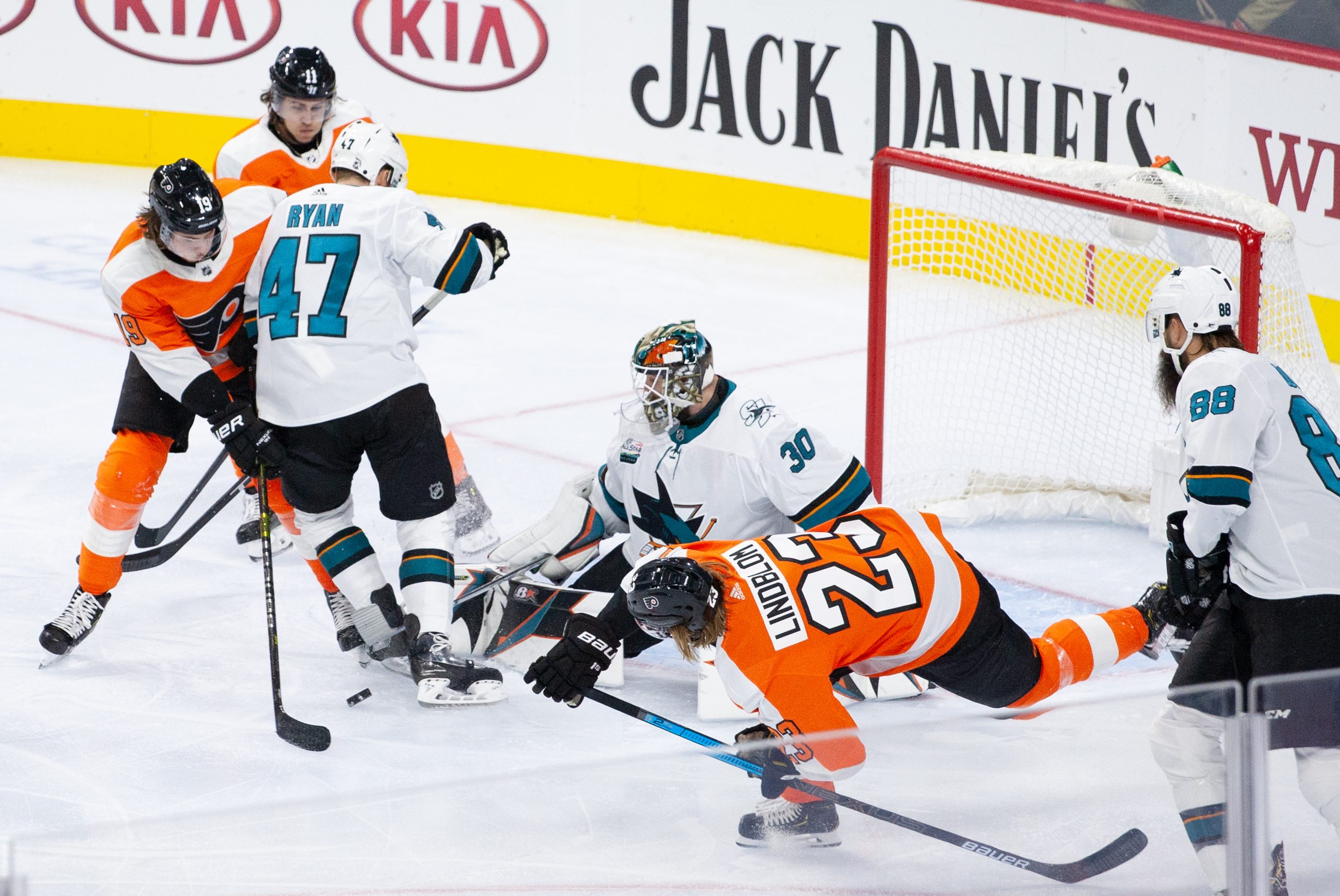 The first of a few homecomings for former Philadelphia Flyers this season will take place tonight, as Oskar Lindblom and the San Jose Sharks visit the Flyers at Wells Fargo Center.

Lindblom continues to serve as an inspiration to the Flyers and the Philadelphia community after his courageous battle with cancer. He was diagnosed with Ewing’s sarcoma, a rare form of bone cancer, in December of 2019 while in the midst of a career season. His illness forced him out of the lineup for the rest of the regular season as he underwent treatment, but he bravely returned to the ice in Game 6 of the Flyers’ Eastern Conference Semifinals series against the New York Islanders in the Toronto COVID bubble.

Lindblom’s perseverance over cancer earned him the 2021 Bill Masterton Memorial Trophy, awarded annually by the NHL to the player who best exemplifies the qualities of perseverance, sportsmanship and dedication to hockey. He had been named a finalist the year prior, but took home the 2021 edition of the award.

The 26-year-old Gävle, Sweden native was bought out of his contract by the Flyers this past summer, in which the Flyers used the remaining cap space to plug their lineup with depth like Tony DeAngelo, Nicolas Deslauriers, and Justin Braun.

Lindblom will receive a very emotional welcome back to the arena he called home for five seasons. He gave his all on every play, he overcame an illness that nobody should have to go through, and he’s still smiling on the other side of it all as only he can.

Lindblom’s Sharks come into Philadelphia mired in a terrible start to their season. Currently sitting dead last in the league standings, San Jose finally won their first game of the season on Thursday against the New York Rangers, but are coming off a loss yesterday to the New Jersey Devils.

The Flyers return home tonight after a great road trip, taking two of three games against the Tampa Bay Lightning and Nashville Predators while losing a close game against the Florida Panthers.

Philadelphia is 4-1-0 and they are off to their best start in 11 seasons, and another victory tonight would continue to flip the script on a surprising yet astounding start to the season.

– The Flyers are looking for their first win against the Sharks since February 25th, 2020, which was a 4-2 victory at Wells Fargo Center.

– Felix Sandström will look for his first NHL victory tonight. He made his NHL debut against the Sharks last season and made 43 saves in a 3-2 overtime loss in San Jose.

Carter Hart the Hero Again as Flyers Take Down Predators, 3-1
Flyers show no life in 3-0 defeat against Sharks