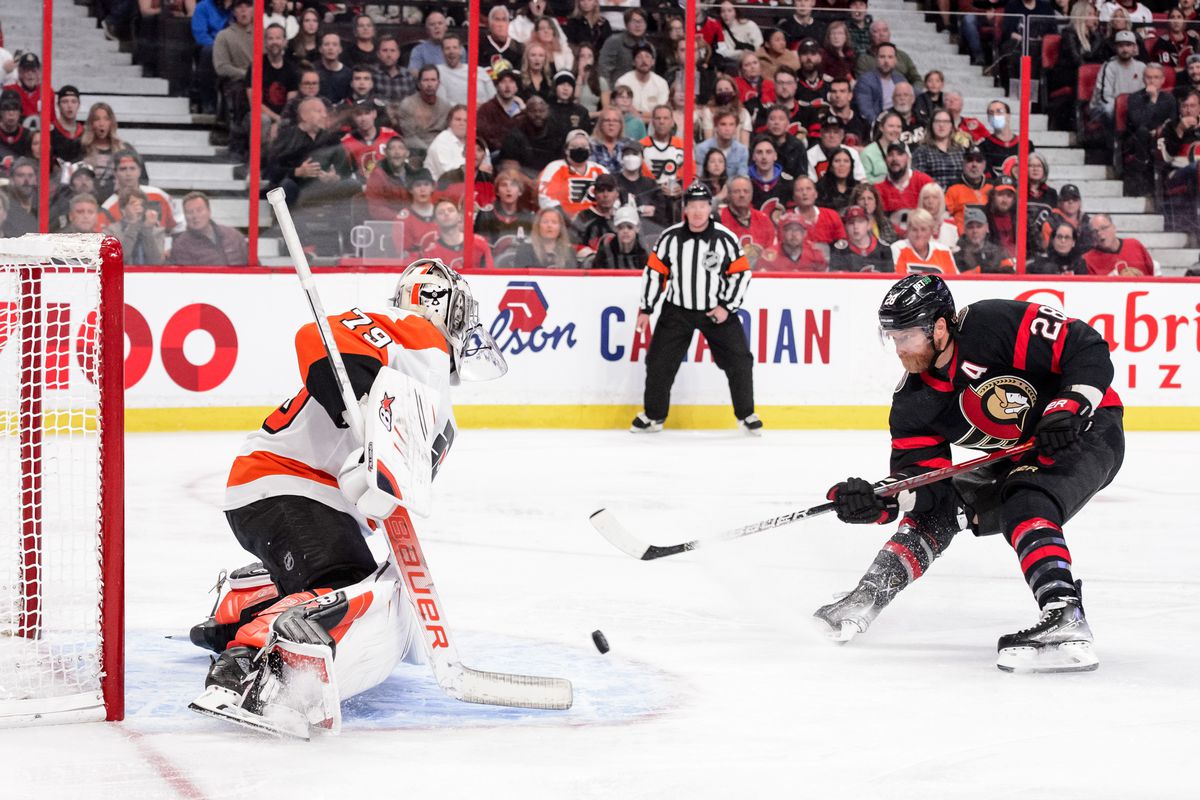 In what will shape up to be the most emotional and perhaps the most memorable game on the schedule this season, the Philadelphia Flyers will welcome Claude Giroux’s Ottawa Senators to Wells Fargo Center this afternoon.

This is Giroux‘s first visit to Philadelphia as an opponent since being traded in March. The longtime Flyers captain who spent 1,000 games with the team and rewrote the history books here knows it will be an emotional game.

He told The Philadelphia Inquirer’s Olivia Reiner and Giana Han, “I think going to Philly is going to be — it’s going to be hard. Being able to be in that building for a lot of years and the memories in there. But, saying that, I’ll have to keep my emotions in check and just play a good game and hopefully, give the fans a good show.”

Sentimentality aside, the Flyers are looking to rebound from a tough loss on Thursday in Columbus. Despite the Blue Jackets being down to four defensemen after injuries to Zach Werenski and Erik Gudbranson mid-game, or really three after Nick Blankenburg was revealed to be playing on a broken ankle for the entire second half of the contest, Philadelphia could not find a way to generate enough offense and turned the puck over way too frequently to win the game. Columbus took advantage of the Flyers’ sloppiness and won 5-2, and head coach John Tortorella was so frustrated that he didn’t even speak to the media after the game. Just one of those nights.

Ottawa is currently in the middle of a seven-game losing streak and is desperately looking to get out of their funk. They came close on Thursday night in Newark but fell to the Devils in overtime by a score of 4-3. While the Senators’ big guns on offense have shown up repeatedly, a lack of depth scoring and inconsistent defensive play have sunk them like the Titanic as they sit at the bottom of the Atlantic standings.

– This is the 104th all-time meeting between the Flyers and Senators. Philadelphia maintains a 51-36-8-8 advantage in the series over Ottawa.

– Carter Hart enters today’s contest as the league leader in save percentage at .941. Hart is also fourth in goals against average at 2.09. Winnipeg’s Connor Hellebuyck is second behind Hart in SV% at .938.

– Claude Giroux is currently on a seven-game point streak for the Senators (5 goals, 3 assists). He has 12 points total in 13 games, good for third on the team behind Brady Tkachuk (16) and Drake Batherson (13).

– Travis Konecny is currently on a point streak of his own at four games (1 goal, 5 assists). That goes hand in hand with him leading the Flyers in goals (5), assists (10 along with Kevin Hayes), and points (15).