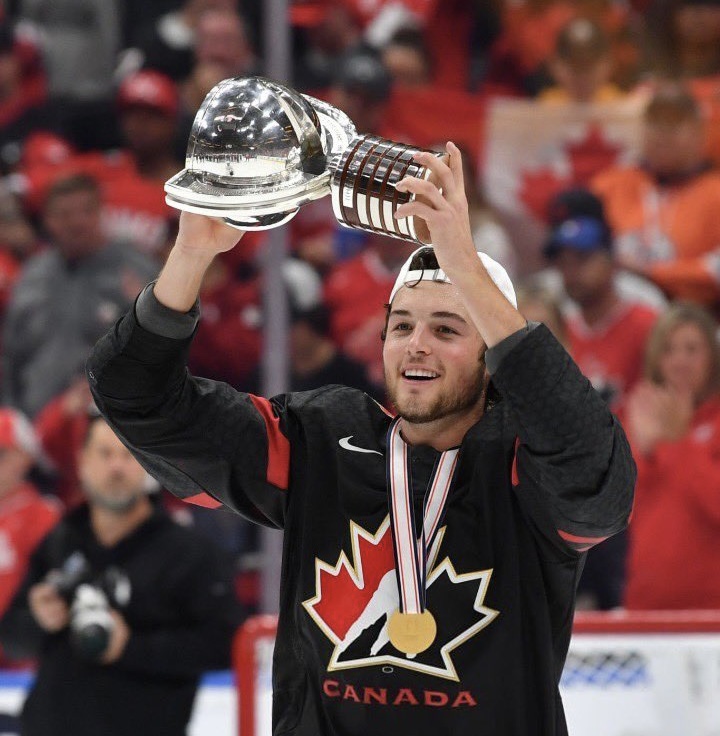 The summer edition of the World Junior Championship has come to a close with the host and heavily favoured Canadians taking home the gold, the Finns coming in a close second, the Swedes edging out the Czechs in the bronze medal game, and the Americans failing to advance to either medaling finale. The Flyers had 3 of their 4 participants medal at the 2022 tournament with Tyson Foerster and Elliot Desnoyers taking home the gold with Canada, and Emil Andrae taking home the bronze for Sweden. Brian Zanetti was the 4th prospect representing the Flyers, but his Swiss national side fell in the quarterfinals to Team Canada.

The original World Juniors were held at its usual time, starting on Boxing Day on the 26th of December but it was held behind closed doors due to COVID. The tournament was originally being held in Edmonton and Red Deer, Alberta, Canada but due to a couple teams testing positive, they shut down the tournament midway through. In between the original tournament and the re-scheduled one, the Russians were booted out of the World Juniors because of their invasion of Ukraine and in their stead came the Latvians. So when things started anew in August, Latvia replaced the Russians and were put in Group A with Canada, Finland, Slovakia, and the Czech Republic.

In the round robin, Canada topped their group with a perfect 4-0-0-0 start, Finland came in second with a 2-1-0-1 record, followed by Latvia at 1-0-1-2, the Czechs with the same record, and Slovakia came in last place going 0-1-0-3. In group B, the Americans took the group with a 4-0-0-0 start, the Swedes right behind them with a 3-0-0-1, followed by Germany at 2-0-0-2, Switzerland at 1-0-0-3, and Austria coming in last going 0-0-0-4. Luckily for Slovakia and Austria, since they finished in last place they would have usually been relegated and demoted for the following tournament, but due to the parameters of this tournament and the issues with Russia, the same 10 sides will be competing next year.

In the quarterfinals, Canada defeated Switzerland, Sweden barely beat Latvia, Finland took down Germany, and the United States were taken down by the Czechs in a rather large upset. The final four has been dominated by the Canadians, Americans, and Finns over the last decade and each side has won the tournament 3 times in the last 9 years. With the Americans out of the picture, the Canadians were rather fortunate as they avoided the matchup everyone was looking forward to. They were able to beat down on the Czechs, and rivals in Finland and Sweden battled it out on the other side with the former taking down the latter yet again.

Finland and Canada were locking horns in the finals for the first time in World Junior Championship history, with Finland going for their fourth gold since 2014 and their 6th in general. Canada was looking for their tournament-high 19th gold medal and their 4th since 2015. Canada took down the Finns 3-2 in overtime after blowing a 2-0 lead in the third period. Finland actually almost won the game before some heroics by Mason McTavish as he swatted down a puck that was heading towards the open net. Kent Johnson, a Columbus Blue Jackets first rounder, got the golden goal that sealed the deal for his nation on their home turf.

Emil Andrae and the Swedes took home the bronze medal as they took down Czech Republic in their matchup by a score of 3-1. It was Canada’s 19th gold, Finland’s 5th silver, Sweden’s 7th bronze, and Czech Republic’s 6th time finishing in 4th place.

Mason McTavish was the leading goal scorer (8) and point getter (17), followed by Joakim Kemell of Finland with 12, Olen Zellweger of Canada with 11, Logan Stankoven of Canada with 10, and Aatu Raty of Finland with 10 as well. Jesper Wallstedt of Sweden finished the tournament with the best goals against average (1.62) and save percentage (.939), followed by Canada’s Dylan Garland, and the Americans’ Kaidan Mbereko. Top forward distinctions went to McTavish, top goaltender went to Wallstedt, and top defenseman went to Kasper Puutio of Finland. The Media All-Stars dictated that McTavish was the MVP, Wallstedt the best goaltender, Zellweger and Andrae as the top defensemen, and McTavish, Kemell, and Czech Republican Jan Mysak as the three best forwards.

Next year’s tournament will also be held in Canada, this time in Moncton, New Brunswick and Halifax, Nova Scotia, both on the country’s east coast. It was originally supposed to be hosted by the Russians in Novosibirsk and Omsk, but due to their invasion of Ukraine they are no longer in the tournament for the foreseeable future. Group A will play in Halifax and will be comprised of Canada, Sweden, Czech Republic, Germany, and Austria, while Group B will be headed by Finland alongside the United States, Switzerland, Slovakia, and Latvia as they will face off in Moncton.

Flyers reportedly not offering contract to Jack St. Ivany
Ryan Ellis Likely to Miss the Start of the Season