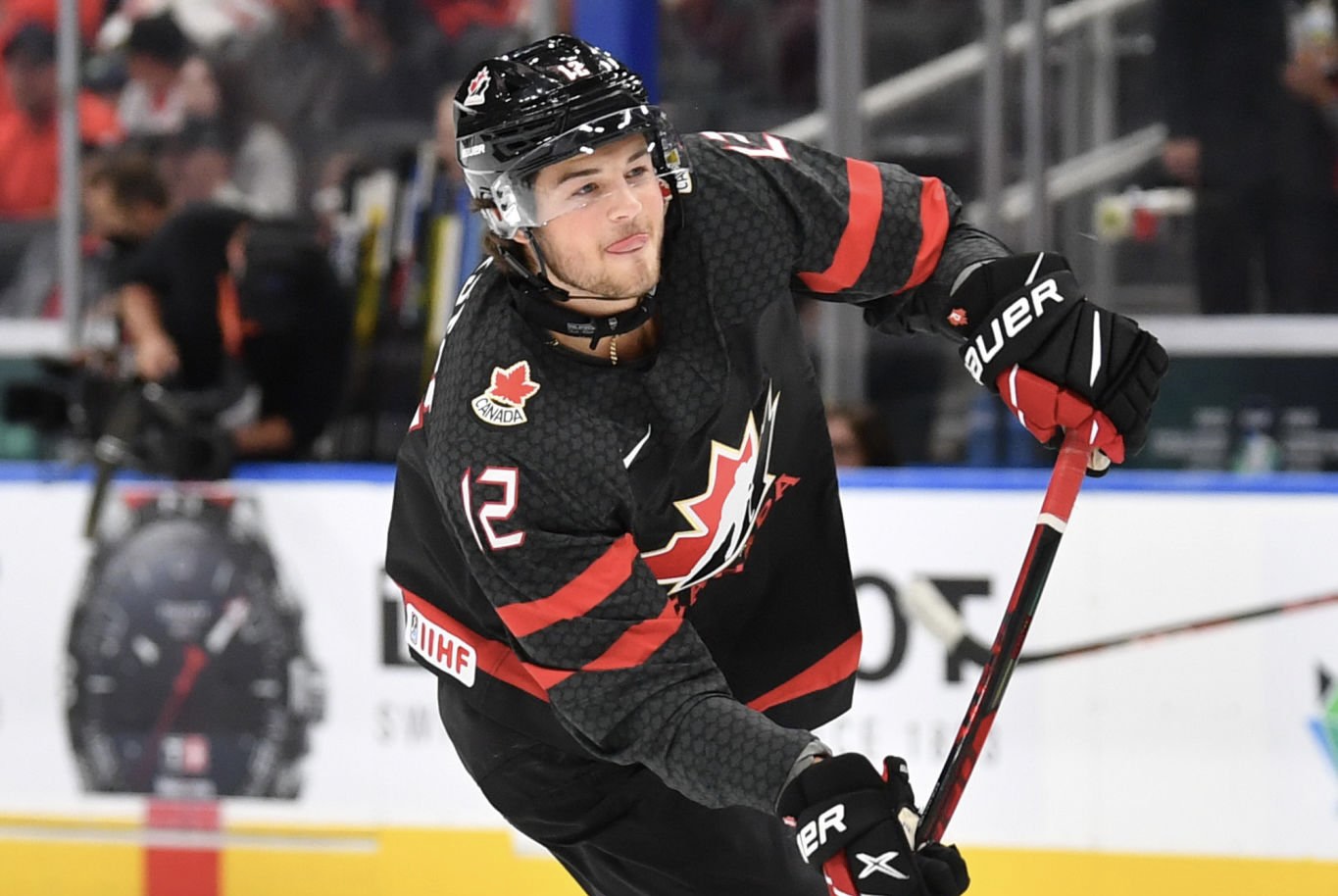 Recap of the World Junior Championship: Round Robin Tournament

The round robin tournament of the 2022 World Junior Championship came to a close with both the Canadians and Americans taking their respective groups with perfect 4-for-4 performances. Not that it’s any surprise that both teams came out with perfect starts, as the finalists from last year’s tournament were poised to meet again with the Canadians looking for revenge after losing out to the Americans, until the United States’ shocking defeat to the Czech Republic last night in the quarterfinals.

In Group A, the Finns finished second to Canada with a 2-1-0-1 record, and the Latvians, who replaced the Russians, surprised with a third place finish going 1-0-1-2. They were followed by the Czechs with the same record, and the Slovaks coming in dead last going 0-1-0-3. In Group B, the Swedes just missed out on the Americans by finishing 3-0-0-1, followed by the Germans who went 2-0-0-2, then the Swiss going 1-0-0-3, and the group was finished off by the 0-0-0-4 Austrians.

The World Junior Quarterfinals began last night with the first game being played between Finland and Germany at 12:00 PM EST, followed by Sweden and Latvia at 3:30 PM EST, the Canadians against the Swiss at 7:00 PM EST, and the Americans played at 10:00 PM EST against the Czech Republic to finish things off. Fortunately for Slovakia and Austria, who finished last in their respective groups, relegation is not a factor in this tournament so they are safe for the upcoming 2023 tournament. Slovakia were dealt a heavy blow when their top 3 players – who played in the original tournament back in December – didn’t participate in Juraj Slafkovsky, Simon Nemec, and Filip Mesar.

As for the Philadelphia Flyers’ prospects, Tyson Foerster and Elliot Desnoyers faced off against the lowly Swiss national team and won 6-3, while the Emil Andrae-captained Swedish team faced off against Latvia and won 2-1. Foerster finished the round robin action with 2 goals – one from his patented one-timer that we’ve heard all about, and the latter coming from a hard-nosed play going straight to the dirty area.

He also tacked on one assist, whereas Desnoyers played a more defensive and fourth-line role with no points to his name. Brian Zanetti had one assist in 3 games for Switzerland but was a healthy scratch in their final game against Austria, but he did dress for their quarterfinal tilt against Canada and registered 1 assist last night.

The surprise of the tournament though, at least in regards to the Flyers, is the superb and phenomenal play of Emil Andrae. The captain of the Swedish side had 3 goals and 7 points in 4 games in the round robin, played a large factor in their attempted comeback against the United States in their tilt as he scored a goal and added an assist, registered 2 assists against the Germans while logging 21:02 of ice time, and was also tied for 6th in the tournament in shots on goal with 17 alongside players like Mason McTavish and Logan Cooley entering the quarterfinals.

The final four was destined to be Canada, Sweden, Finland, and the United States, barring any unforeseen collapses or upsets, and as they have always proven to being the power houses of the tournament winning at least once in the last 10 tournaments, it also helps that they had rather favourable matchups, at least on paper, but of course the United States fell 4-2 in a massive upset to the Czechs last night, failing to defend their title.

Sweden has won once in the last 10 years (2012) with the Finns, Americans, and Canadians each taking 3 since then. There’s a very good chance that a Flyers prospect can win gold this year as the Canadians entered the tournament as the slight favourites and are looking to add to their 18 World Junior Championship gold medals. It wasn’t originally supposed to be a walk in the park as the Americans were looking to be the first team to go back-to-back since Canada won 5 straight tournaments between 2005 and 2009, but with the United States eliminated, the Canadians could all but have the edge in the tournament going into the medal rounds.

On a scale of 0-10, where is your excitement level at for the 2022-23 season?
Could the Flyers peruse the trade market for a veteran backup goalie?