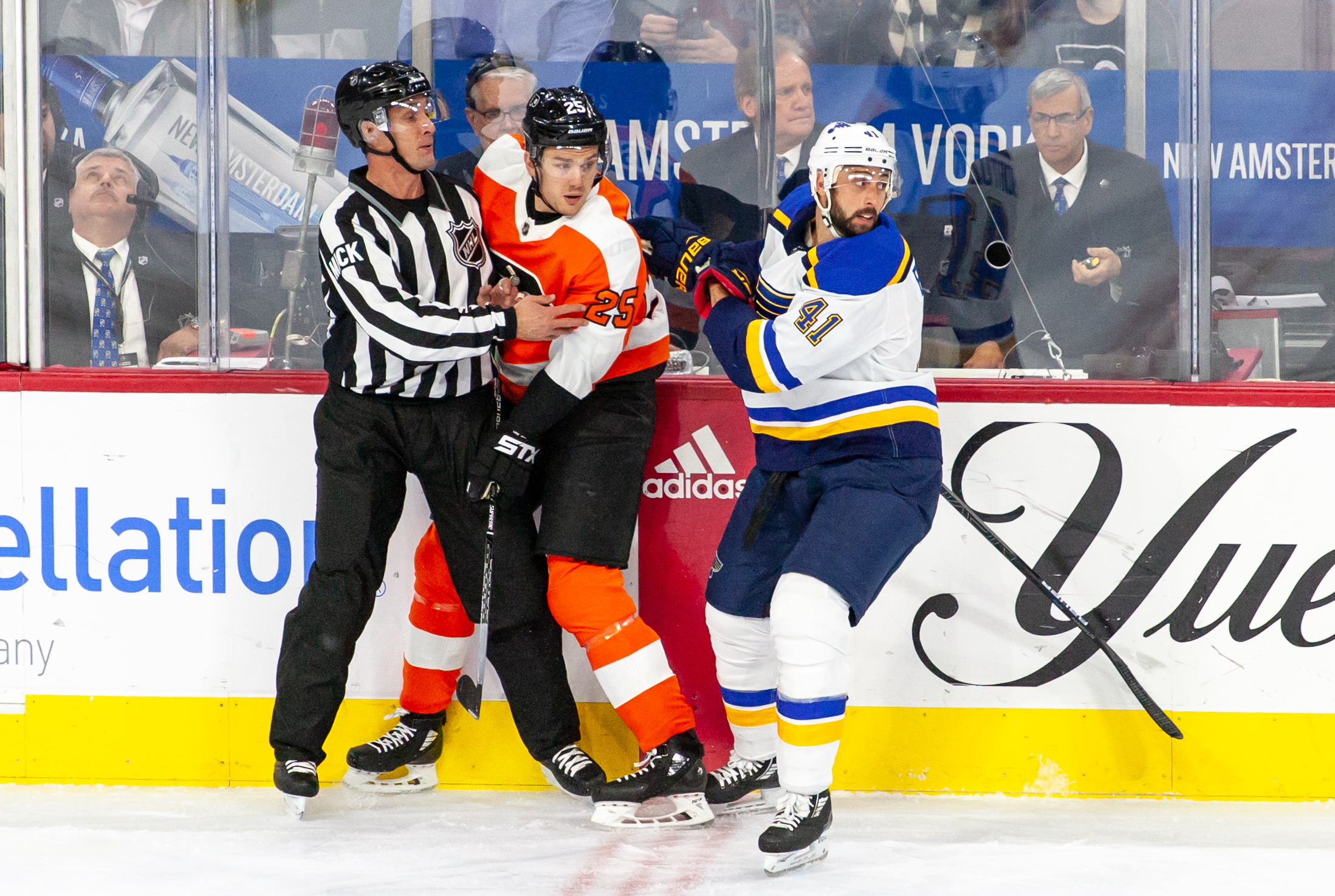 The Philadelphia Flyers face off against another foe that’s enduring a losing streak.

The St. Louis Blues are currently on a 7-game losing streak, compared to Ottawa’s 4-game losing streak. This time, our opponent cannot score AND cannot prevent scoring. Aside from their power play that ranks 16th in the NHL, they are in the cellar of the league when it comes to goals for (31st).

St. Louis has also experienced a lot of frustration in net, and this is really important to distinguish for us Flyers fans to understand how much of Carter Hart’s heroics have backpacked us to our impressive 6-3-2 start. Both teams are at the bottom for goals for (Blues 31st, Flyers 30th), however the stark difference lies in their goals against average and gap in performance by both starting goaltenders (stats are for goaltenders who have played at least 5 games this season):

Carter Hart is making a hot case for early Vezina candidate. The guy just had back to back games where his save percentage was at least 97%. He’s living in a different planet than us right now and we are okay with that.

As for Jordan Binnington, none could be said for the same. He’s letting in a lot of goals and he’s producing as one of the worst starters in the NHL. A bad penalty kill doesn’t help (29th), but a goaltender stopping pucks does. Things haven’t been easy here, and life only gets harder when Ryan O’Reilly is producing just one goal and zero assists over 9 games. Playing center as a playmaker/power forward build, he doesn’t rack up a ton of shots on goal per game, registering 2.24 SOG per game over his career, which is aligned with his pace right now that’s running at 2.30 per game (23 shots / 10 games). The outlier is in his shooting percentage, which currently sits at 4.3%, despite shooting a career 11% for over 900 NHL games. Safe to say he won’t stay in this scoring drought forever, so let’s hope he doesn’t begin to figure that out against the Flyers.

However, even if O’Reilly does have himself a night, it’s likely going to be thieved by Carter Hart. Because of his Vezina-caliber play, the Flyers have been able to produce stats like earning 5 of their 6 wins after the other team scores first. In the short run, it doesn’t matter if your goaltender is in the top 3 of the league for GAA and Save %.

Tonight is a big opportunity for the young guns who have not been getting their gunny up. Morgan Frost (pointless in last 5, TOI dropped from 18:10 to 10:04), Noah Cates (pointless in last 5, TOI steady), Wade Allison (pointless in 4/5 last games played, TOI increased) Tanner Laczynski (pointless in last 5, TOI steady) are names John Tortorella is looking to get more out of offensively. The reason Laczynski, Allison, and Cates’ ice time haven’t been cut is because they are contributing to other areas not called offense. Frost is a skilled center who needs to be making plays and scoring points to counterbalance his deficiencies in his two-way game and small frame. All eyes usually inevitably land on Hart though, though he will be out tonight with an undisclosed illness as Felix Sandström gets the start tonight.

– Rasmus Ristolainen gets another shot to build trust after Tortorella expressed disappointment to the start of his play.

– The Blues opened the season with a 3 game win streak against CBJ, SEA, EDM, and have since lost 7 straight games.

– The Flyers will be debuting their new Reverse Retro jerseys tonight, a white and black reimagining of their 1975 Stanley Cup jerseys. They will also wear the infamous Cooperall hockey pants from the 1980s in warmups.

– Samuel Ersson will serve as the backup for the Flyers tonight while Carter Hart recovers from his illness.