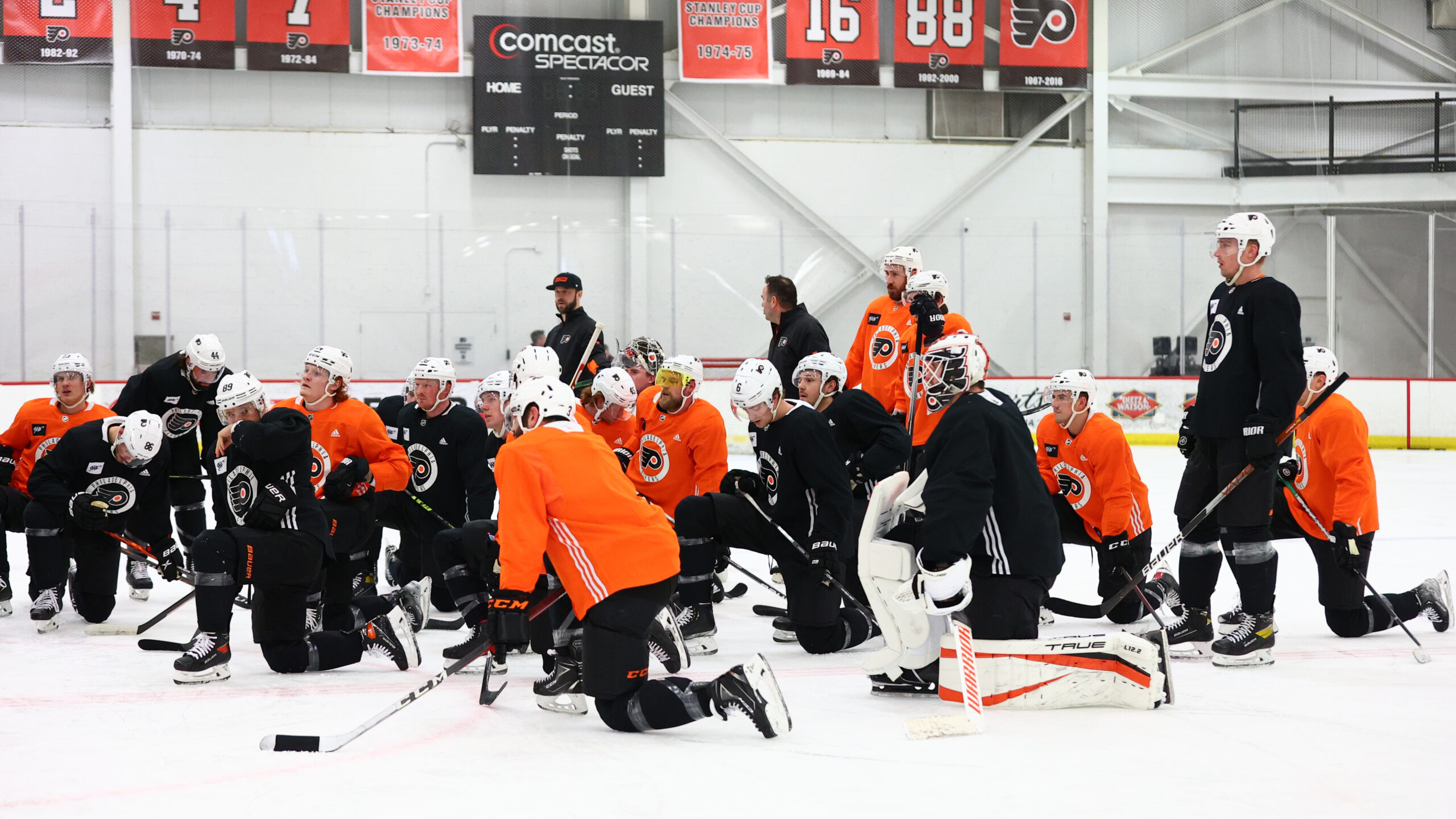 Training camp is set to kick off on the 14th of September, but the Philadelphia Flyers have flocked and flocked early this year. Prospects officially report on the first day with the veterans coming in around a week later, but it seems like new head coach John Tortorella and the rest of the coaching staff have placed enough importance on an early camp and early results.

The Flyers struggled mightily to the tune of a 25-46-11 record last year, finished 4th-last in the standings, had an underwhelming offseason (based on previous chatter), and are in the midst of missing the playoffs in consecutive seasons for the first time since the early 1990s. The Flyers are placing a heavy burden on quick results and it seems like the players have taken the first steps in ameliorating from their abysmal season.

Among the veterans who have showed up early are Sean Couturier, Cam Atkinson, Patrick Brown, Nicolas Deslauriers, Kevin Hayes, Hayden Hodgson, Travis Konecny, Scott Laughton, Zack MacEwen, James van Riemsdyk, Kevin Connaton, Ivan Provorov, Tony DeAngelo, Rasmus Ristolainen, Travis Sanheim, Nick Seeler, and Joel Farabee – with the latter rehabbing from a neck injury. Cam York, Tyson Foerster, Wade Allison, Zayde Wisdom, Wyatte Wylie, and Egor Zamula have also made their presence known. This is only the early potion of training camp and it’s not out of the ordinary for players to arrive early. Plenty more will be making their way down to Philadelphia and their training centre in Voorhees over the coming days, including Carter Hart, Morgan Frost, and Owen Tippett, among others.

The Flyers showing up early is a good sign but it also has a lot to do with the organization – from top to bottom – essentially warning the team that they better be ready for the start of the season. Elliotte Friedman alluded to this on his Tuesday edition of 32 Thoughts (26:50):

“There’s a lot of eyes on Philly this year. I heard those players were warned that you better show up ready for training camp this year. Tortorella is generally not known for it, but this is not gonna be one of those situations where you’re gonna be allowed to tip-toe into camp.”

“I heard from one of the players that they were basically warned that if you’re not ready to go, you’re gonna be left behind, and we will have no hesitation leaving people behind.”

The Flyers understand the situation they are currently in to a tee. They know the fan base is upset and that reflects not only to the lack of fans attending the games last year, but the perceived lack of season tickets being purchased this year. The Flyers know that they can no longer slump into oblivion or purgatory any further and that hot seat is scorching for a few people within the organization, none more than the general manager himself.

Seemingly the hot seat is scorching for players as well. It’s no secret that Chuck Fletcher has attempted to trade some over the years but it was reported by Friedman earlier on in the offseason that the Flyers essentially placed everyone on the trade block and were underwhelmed and surprised by the lack of interest but more so the offers that were being brought to them.

Players like Konecny, Provorov, and Sanheim have felt the heat and have received the brunt of the blame over the last few years as they’ve represented an important part of the core that have not taken the necessary and required steps that the organization had hoped for. Obviously, a lot of that has to deal with circumstance and the Flyers have had a lot of bad juju over the years, but they have also not done the greatest job at surrounding their core with the right pieces.

With this now being out in the open, with everyone knowing how feisty John Tortorella is, and especially with the importance of the season being placated everywhere in and around the arena, the Flyers have almost no excuse but to strap up their boots and get ready to work. I’m not saying it’s going to be easy, and I’m not saying they shouldn’t already have known this, but when the organization gives you a warning this early, they mean business.

The Flyers got the coach they wanted to beat the lackadaisical attitude out of them, they got the coaching staff that should ameliorate every aspect of their game from last year, and they believe they got the right stabilizing pieces over the summer and coming back from injury to help them leap out of the basement and into the wild card race.

This is the Flyers’ way, this is what they believe is true, and now it’s on the players to get going early to prove all the doubters who have essentially wrapped up their season well before opening night.

Apparently if you’re not ready, the Flyers will have no hesitation in leaving you behind either.