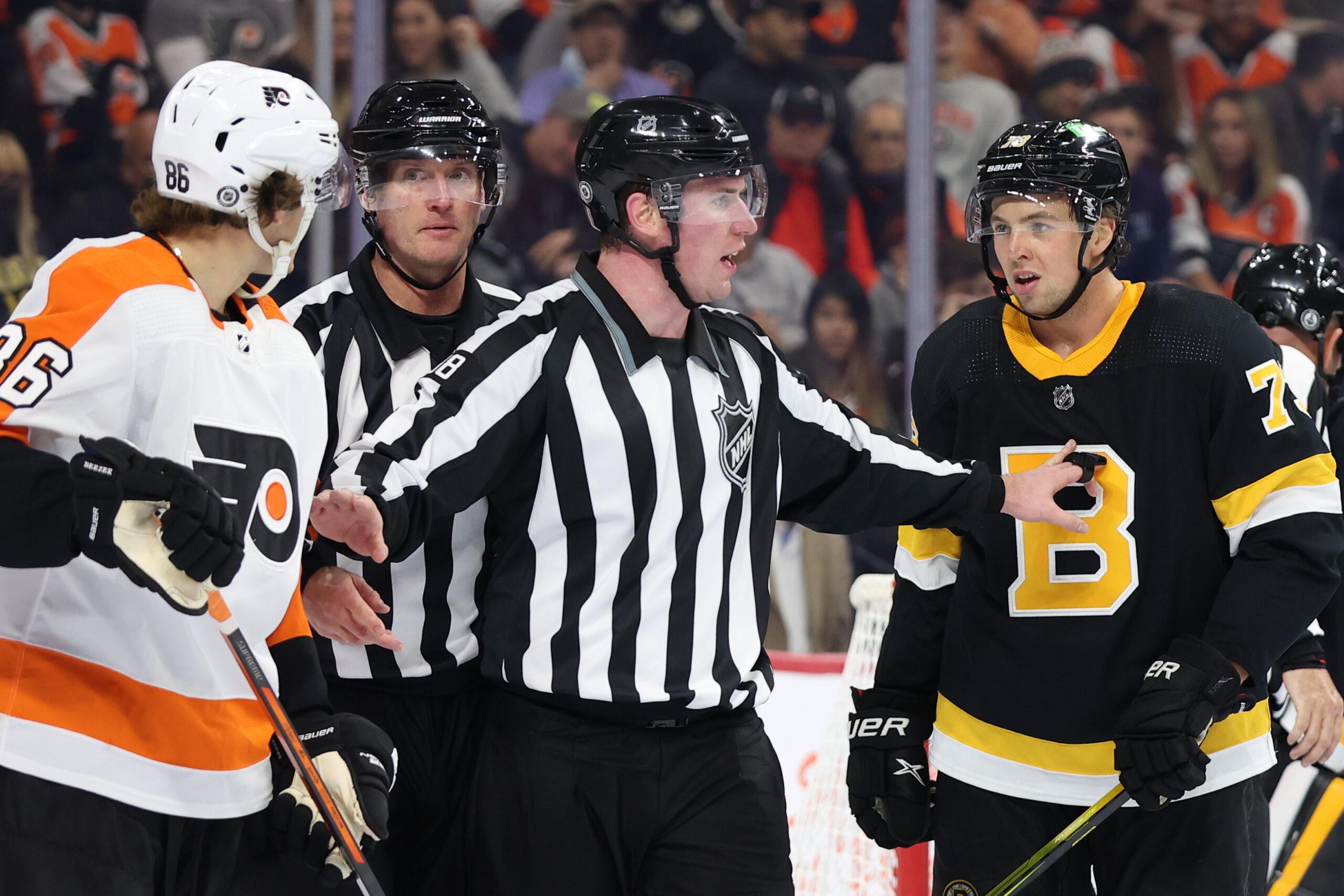 Tonight, the struggling Philadelphia Flyers face off against the powerhouse Boston Bruins for the first time this season.

The boys in orange are currently on a four-game losing streak as they head into Thursday night’s game. Boston, on the other hand, is coasting on a four-game win streak. The B’s have managed to keep a perfect home record and have only two losses on their hands this season.

Tuesday night in Columbus was not all terrible news for the Flyers. They showed a drastic change from last year, overcoming not one, but two 2-goal deficits. Ultimately, they still fell to the Blue Jackets in overtime, but the performance was night and day compared to last season. The team showed they can dig in deep and fight until the last second on the clock, something we’re not use to seeing. Travis Konecny, Kevin Hayes, and Noah Cates all came up big with a goal and an assist a piece. While Carter Hart struggled a bit (.848%), his teammates helped out by scoring four goals after being held to two goals over the past two games.

On the other side of things, there’s special teams. After starting the season pretty hot, the Flyers’ penalty kill has become hard to watch. Over this four-game skid, the PK is at a 45% success rate. The powerplay is not any prettier, only scoring once on 11 opportunities. It now faces the best penalty killing team in the NHL (91.7%). It seems as last year’s problems have leaked over into this season, and the sustainability of Carter Hart carrying this team on his back is running thin.

I want to give a special shoutout to Ivan Provorov, who will play his 467th game in the Orange and Black tonight, tying him with Dave Poulin for 44th in Flyers history. The defenseman definitely has improved from last season and is reminding us why he’s on the top pair once again.

– Patrick Brown is called up from the Lehigh Valley Phantoms, where he was on a conditioning stint after being activated off IR. Kieffer Bellows comes out of the lineup.

– Travis Konecny is the player to watch tonight. He’s racked up 7 points over the past 5 games, including 3 goals.