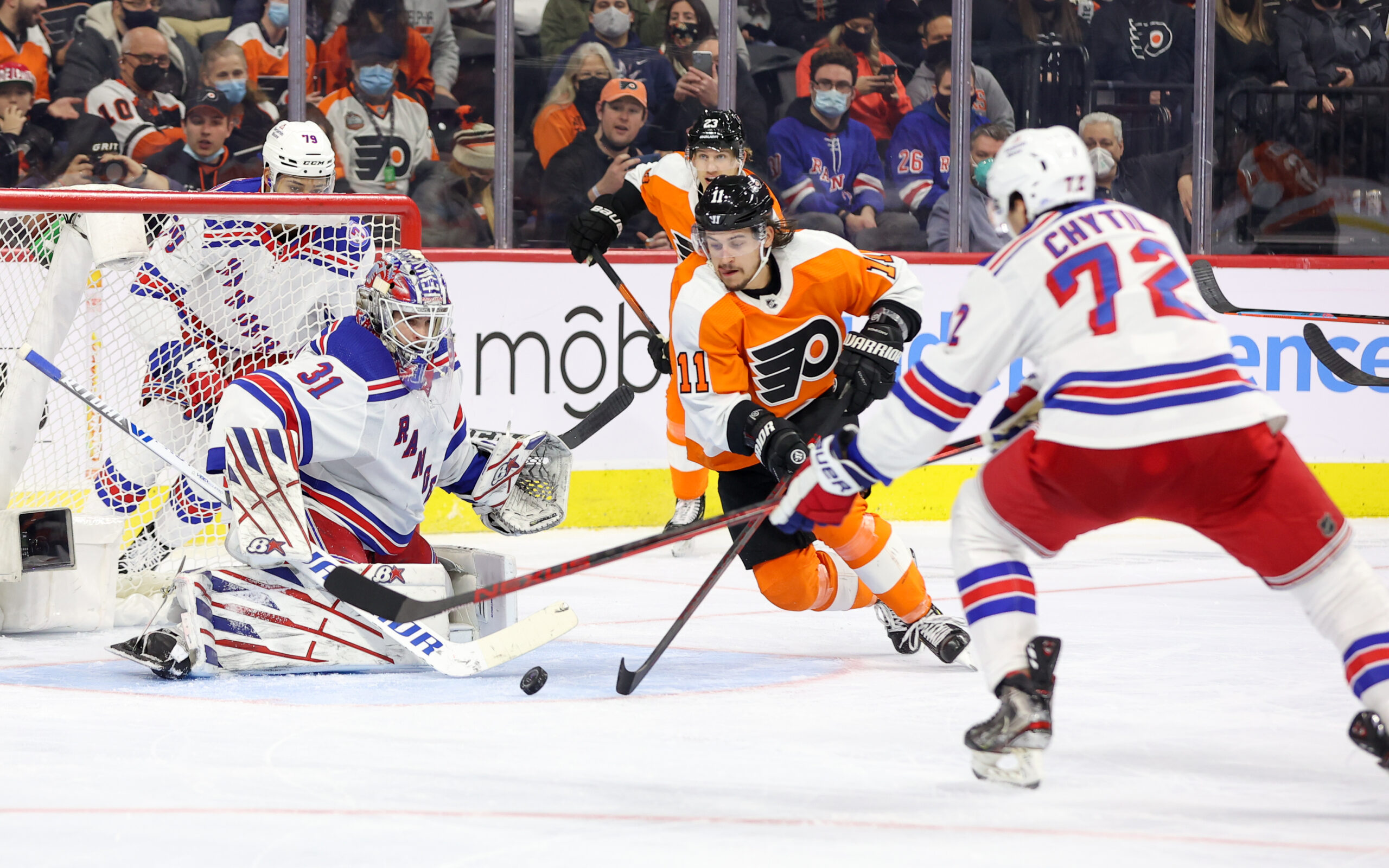 Flyers seek to rebound from overtime loss against rival Rangers

The Philadelphia Flyers have another tough matchup tonight against the New York Rangers, who are coming home off of a two-game win streak.

Both clubs have respective records, but there are some noticeable differences in their special teams stats. On the powerplay, the Rangers are 12th in the league, operating at 23.7%, compared to Philadelphia’s 21.4%, which places them at 17th in the league. As for the penalty kill, both teams flip flop their current rankings on the powerplay, meaning the Rangers are 17th in the league on the penalty kill, operating at a 79.3% success rate, whereas the Flyers sit above at 12th in the league, working at an 80.8% success rate. It will be interesting how the their special teams debut against one another.

Kieffer Bellows made his Flyers debut in the Carolina overtime loss on Saturday, drawing a penalty and recording 11:50 of ice time, one shot attempt, and three hits. Bellows is a sharpshooter who can throw some weight around. He will continue to play on the Morgan Frost line, accompanied by long time bruiser Nicolas Deslauriers.

– Despite being down 1 or 2 goals over the first seven games of the season, the Flyers have found a way to post a 4-2-1 record while coming from behind. Most of this has been attributed to Carter Hart’s incredible performances, opportunistic scoring, and an influential bench boss who doesn’t allow their team to snowball once a few things don’t go their way.

– Tanner Laczynski is still on the hunt for his first goal and will be out again tonight after the birth of his son, but has posted 2 assists over 6 games.

Flyers Rally Down 2, Blow it Late, and Lose in Overtime, 4-3
Carter Hart Fends for Himself as Flyers Steal Point in 1-0 Overtime Loss