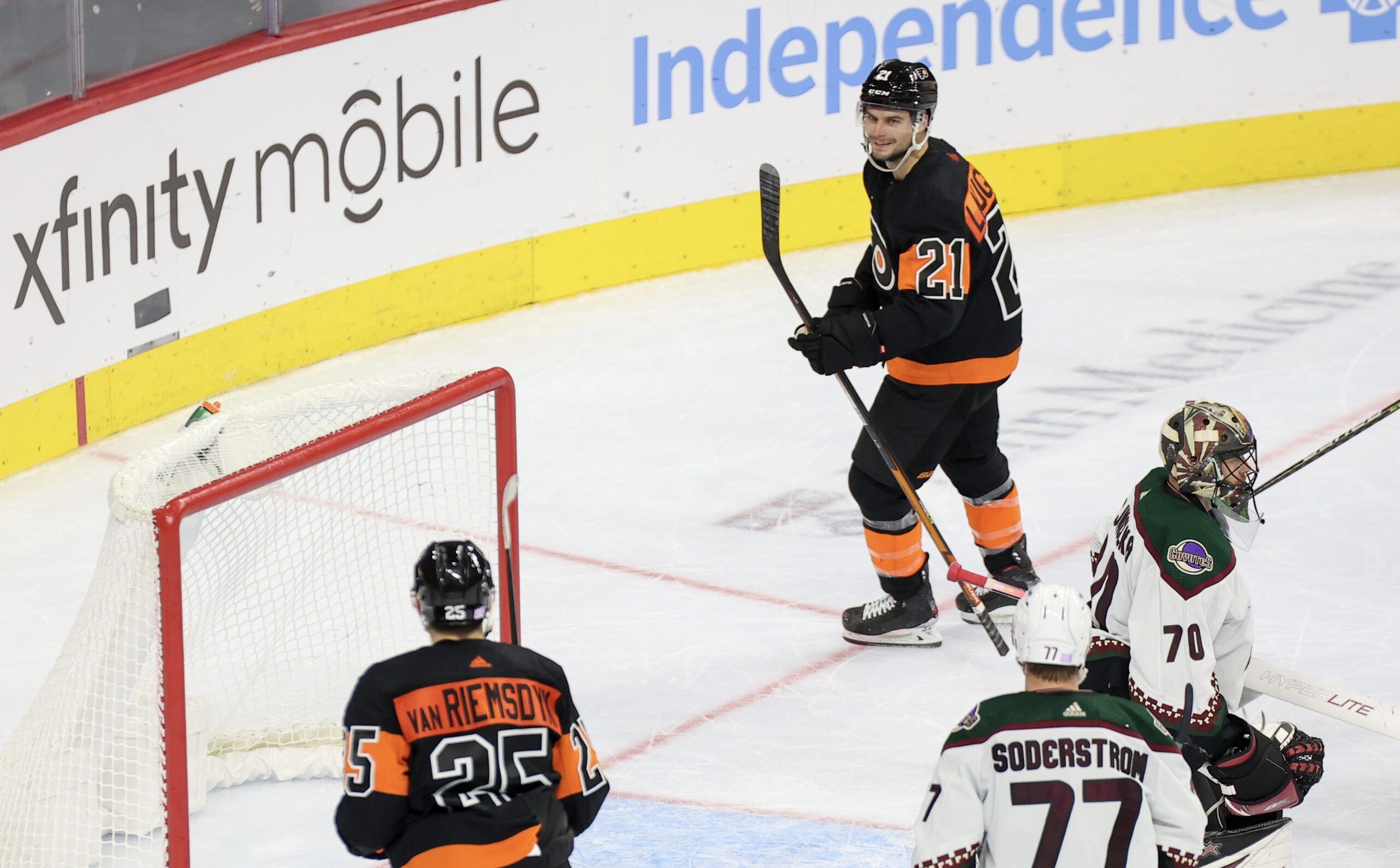 If we thought 2020-21 was tough, we were proven wrong by the 2021-22 season, which at times felt like an eternity from December to April. We’re being proven wrong yet again with the 2022-23 campaign as the injury carousel continues to spin on a daily basis.

A forward corps that was already missing Sean Couturier, Cam Atkinson, James van Riemsdyk, and Wade Allison are now going to be without Travis Konecny and Scott Laughton for at least 2 weeks, according to Chuck Fletcher and the Philadelphia Flyers. After their most recent loss to the Calgary Flames that extended their losing streak to 7 games, the Flyers gave an update on their lengthy list of injuries earlier today.

Starting with Sean Couturier who underwent a second back surgery in October, he still remains 3-4 months away from a return, essentially targeting a February return if all works in his favour. Wade Allison is expected to return in 2-3 weeks, Cam Atkinson is currently under our favourite designation of “week-to-week” with no further clarification, James van Riemsdyk is around 2 weeks away from returning after undergoing surgery on a broken finger he suffered in late October, Bobby Brink is around one month away from returning to any level of hockey whether that’s in the NHL or AHL, and Ryan Ellis has no update or clarification as was reported before the season.

Now we add Konecny and Laughton to that list, with the former expected to miss around 2 weeks with an upper-body injury and the latter also suffering from an upper-body injury with a similar timetable for return. Konecny was a late absentee ahead of their game on Saturday night against the Montreal Canadiens and during the second intermission, Jeff Marek made a point that his injury would be up to 2-4 weeks in length – now with more clarification, Marek was right on the money.

This does not look good!! Travis Konecny heads down the tunnel in obvious pain. It looked like a right hand/wrist injury. He did not come back out for the start of the 3rd. pic.twitter.com/tbZcIL9Kir

It appeared that Konecny hurt his hand or his arm in their 4-1 loss to the Boston Bruins on Thursday night as he was in immediate pain after the collision.

Scott Laughton was placed on injured reserve (IR) earlier today and in a corresponding move, the Flyers recalled Jackson Cates from the Lehigh Valley Phantoms. The only Flyer player donning a letter on his jersey, the Swiss Army-knife of the team suffered his upper body injury after a huge hit from Canadiens defenseman Kaiden Guhle.

Scott Laughton heads to the locker room after a big hit early in the third. pic.twitter.com/mJMfKuzqNZ

The Flyers were on the power play and entering the offensive zone, Joel Farabee slipped Laughton a pass as they entered the blue-line and maybe not expecting such a thunderous hit while shorthanded, he didn’t brace for what was about to come. Guhle dropped Laughton with his shoulder making the first cause of contact and impact on the ice and he fell. He was in obvious pain and didn’t get up until the referees finally blew the whistle after the puck had been deflected and sent into the crowd.

In their absence we saw a Flyers lineup last night that just didn’t have enough firepower or plainly enough of anything as they fell flat against the Flames. The compete level is there on a nightly basis, which is a sight for sore eyes from previous seasons as these youngsters and AHLers are recognizing the state of the team and the opportunity to seize a roster spot for the rest of the season. Morgan Frost was centering Owen Tippett and Joel Farabee, Noah Cates was centering Kevin Hayes and Zack MacEwen, Patrick Brown was in the middle between Max Willman and Tanner Laczynski, and Lukas Sedlak was centering the fourth line with Nicolas Deslauriers and Kieffer Bellows. Due to all the injuries, players like MacEwen and Willman have entered the fray from the minors, Sedlak and Bellows were claimed off waivers, Brown returned from his injury last week, and the rest of the team has essentially jumped a few slots over that time with the exceptions of Hayes and Farabee.

With the schedule about to get even more daunting, the losses piling up, and the rhetoric around the team changing on a game by game basis, expect more of the same. John Tortorella, the rest of the coaching staff, and even the players currently on the roster understand very well what is happening right now and they all want to seize the opportunity and impress the coaching staff and the management group in an attempt to stay in the NHL when the rest of the players eventually make their return. Players like Sedlak, MacEwen, Cates, and Tippett have shown on a nightly basis what they can provide for the Flyers when given an opportunity to shine and will eventually force the Flyers into making a tough decision.

With a lineup that is devoid of prime talent, offensive punch, and firepower, the Flyers are going to have to approach every game differently than normal. They know they can’t compete with the likes of the Toronto Maple Leafs, Pittsburgh Penguins, New Jersey Devils, and Tampa Bay Lightning with goals, so they have resorted to physical play and strong forechecking. If they can stay consistent with that mind set and that strategy, the goals will come eventually as we saw last night against the Flames but they’re going to need to be lights out defensively at the same time, which is difficult to imagine with the current defensive corps that they possess.

The rest of the season is going to be for the young players, the fringe players, and the prospects that we desperately need at some point in time to prove their worth and value. John Tortorella is going to keep this team competing at a high level and hopefully the losses don’t affect their mental psyche as they embark on a very difficult stretch of the season that spans 17 games against vaunted NHL clubs – without their key contributors.

Flyers’ Losing Streak Hits 7 Games, 10 of Last 12 Dropped After 5-2 Loss to Flames
Flyers and Capitals look to play with more structure as they aim to overcome losing streaks