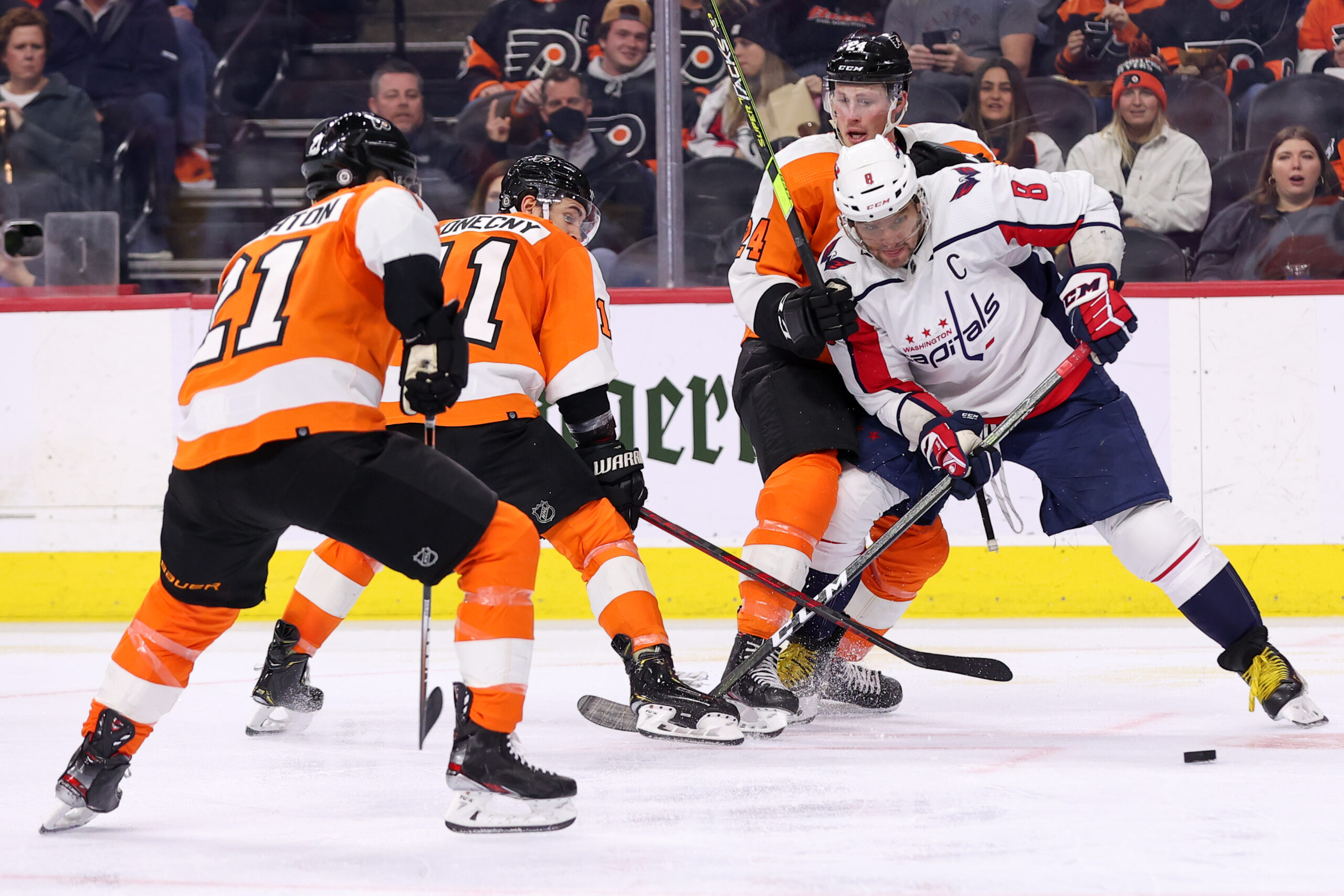 The Washington Capitals host the Philadelphia Flyers tonight as both teams enter the contest on losing streaks. The Flyers have lost seven straight while the Capitals have lost their last four. Preventing goals has been a problem that’s plagued both clubs, allowing four or more goals in each game of their respective skids.

Special teams have been disastrous for Washington. Even though the Capitals’ PK ranks 17th, they’ve allowed at least 1 power play goal in each loss. Their power play has also been strikingly bad, going 1 for 16 in their games over the last week, including squandering six power play opportunities against the Lightening and four power plays against the Panthers.

Things are just as atrocious in Philadelphia, with the Flyers only cashing in on 3 of their last 18 power plays, and they have allowed 9 goals on their last 16 penalty kills. They rarely score on the power play, and they get scored on 50% of the time when the PK unit gets on the ice.

Due to the high number of goals each team are allowing recently, tonight’s game has some serious run-and-gun vibes to it.

Where: Capital One Arena, Washington, D.C.

– Scott Laughton was placed on injured reserve by the Flyers yesterday. Travis Konecny is also expected to miss 10-14 days.

– Jackson Cates was recalled from AHL Lehigh Valley and will suit up tonight in place of Max Willman.

– These two clubs split the season series last season at 2-2-0 each. The Flyers won one of those contests in Washington, defeating the Capitals 2-1 at Capital One Arena on November 6th, 2021.

– Felix Sandström starts tonight in his first game since November 13th against Dallas.

Flyers Give Updates On Injuries, Laughton Placed On IR, Jackson Cates Called Up
Make It 8 Straight Games Without a Win as Flyers Blow Another Late Third Period Lead to Capitals