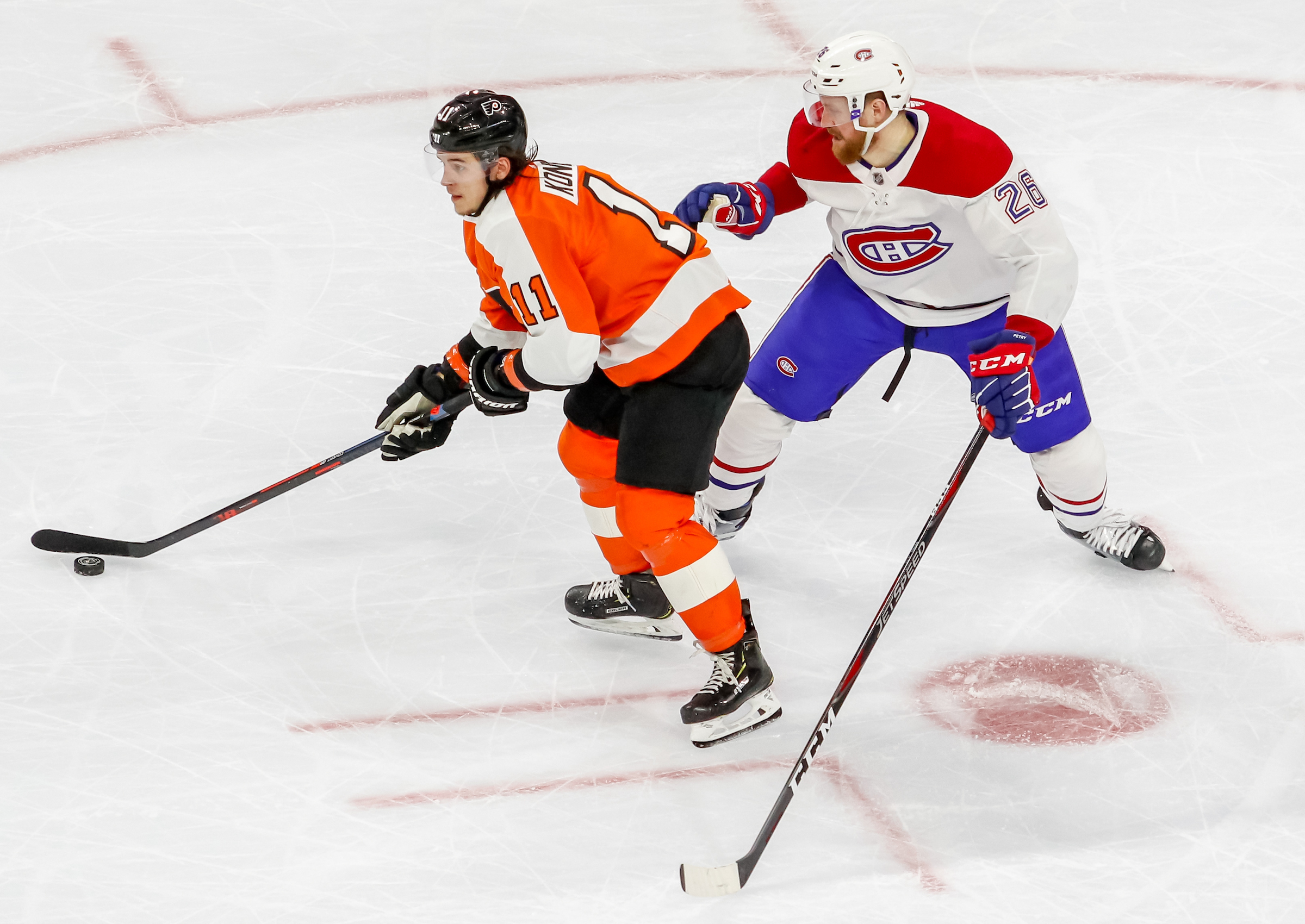 One name that has no reason to be linked to the Philadelphia Flyers come trade deadline is Montreal Canadiens defenseman Jeff Petry. I want to preface this before continuing that he is a good defenseman, he can skate well for his size and age, can produce offensively when put in the right position to succeed, and would help this putrid power play. He would be a good fit if the Flyers were actually good enough to contend, but they’re not even close. Petry is a piece for a team that has true aspirations, something the Flyers don’t have and quickly need to admit to themselves.

The rumour mill has been churning this piece of information for about a week now and a lot of Philadelphia insiders, as well as NHL insiders like Elliotte Friedman, have added fuel to the fire. Petry turned 34 years old in December, is signed for another 3 years after this season concludes, he has a modified No Trade Clause and No Movement Clause, and carries a cap hit of $6.25 million AAV. None of that screams Philadelphia, and none of it should either.

If this was the Flyers team from 2019-20 that actually looked pretty good and was one game away from the Eastern Conference Finals, then I’d be more on board. However, the Flyers don’t really have the best cap situation to be taking on a contract like his and that’s just the icing on a really bad cake. The Flyers are projected to have a little over $14 million in cap space next year with Claude Giroux’s $8.275 million, Rasmus Ristolainen’s $5.4 million, and Justin Braun’s $1.8 million expected to come off the books. However, Sean Couturier’s $7.75 million AAV extension kicks in, as does Joel Farabee’s $5 million AAV.

Kevin Hayes will be affecting the cap at a hit of $7.14 million, James van Riemsdyk at $7 million, Ryan Ellis at $6.25 million, Ivan Provorov at $6.75 million, and Travis Konecny at $5.5 million. Yes, the Flyers will be short of veteran right hand-shooting NHL defensemen without Ristolainen and Braun, but is that important enough to go out and trade assets for Jeff Petry? If it’s a move that is solely based around future assets then the Flyers will be hampering their “blank cheque” statement that had them seemingly linked to and calling for glorified elite players like Johnny Gaudreau or Nazem Kadri.

Between 2017-18 and 2020-21, Jeff Petry scored 48 goals and 170 points in 290 games, only missing 1 game in that span. This season has been rough for all of Montreal without Shea Weber, Carey Price, and a slew of other roster injuries as Petry has only added 3 goals and 11 points in 45 games. The Canadiens are doing their rebuild properly, they understand they need one, and they’re looking to cut bait of anyone that has value. Ben Chiarot is most likely the first to go but a lot of teams seem keen on Petry’s services.

You can’t blame contending teams since he’s still a very good defenseman and can produce at a 40+ point pace. He is also extended well beyond this season and his $6.25 million cap hit isn’t as grotesque as some other defensemen around the league. Key word to retain from the previous two sentences is contender, something the Flyers are not and won’t be for some time.

Flyers General Manager Chuck Fletcher and Governor Dave Scott are hellbent on the idea of giving this re-tool another kick in the can. Philadelphia is clearly not synonymous with the term rebuild as even the previous general manager who lead us into a perceived rebuild didn’t want to use the term. It was referred to as the “R-word” or a refresh.

Fletcher has already reportedly offered Ristolainen a 6-year deal worth $38 million that he rejected. The Finnish defenseman no longer wants to be a part of struggling teams and no one can blame him. It’s been perceived for a very long time that Ristolainen would be getting an Andrew MacDonald-type contract, considering what Fletcher paid for his services, and the fact that he has mentioned that several times on the record.

Trading for Petry not only means you’re trading assets, probably futures since Montreal is rebuilding, but it also means that you’re willing to give top dollar for a defenseman who is closer to the twilight of his career than anything else. If a re-tool is something that is non-negotiable then they should use those assets and cap space towards someone slightly younger. I’d much rather a rebuild but it seems as if that is not in the cards with Fletcher running the show.

Where there’s smoke, there’s fire and with so many people believing that a move like this makes sense, you can make those arguments: 1) The Flyers will most likely only have Provorov, Ellis, and Travis Sanheim on the books as defensemen so there’s a need for more quality, 2) right-hand shooting defensemen are a hot commodity and losing 2 in Braun and Ristolainen will be tough to replace, 3) the veteran leadership on defense will be severely lacking without their services and with Cam York and Egor Zamula not have enough experience 4) 2022 free agency doesn’t have the greatest pickings in terms of quality defensemen, and 5) the Flyers don’t want to be a Buffalo or an Arizona who constantly accumulate picks and try to wing it through the draft. You can make the argument that they tried that with Ron Hextall but that didn’t bear the fruit they were hoping for.

In a perfect world the Canadiens would take back a contract like van Riemsdyk’s $7 million AAV, which would mitigate the cap hit for a year and make this move way more palatable. The Canadiens must understand that a team will most likely want to come close to matching salary but they would also want decent future assets. The Flyers won’t part with their first, or at least they shouldn’t, and they don’t possess a second round pick for the next two years. However the most important piece of information is that Petry has to waive his M-NTC and NMC for the Flyers. Would he waive it for the Flyers? Or better yet, are the Flyers on his 15-team no-trade list?

Without enough information about what the package would look like or what the Canadiens actually want and/or expect to get in return, it’s very tough to tell if it’s a good or bad move. However, on the outside looking in with the few things we do know about Petry and the situation, it doesn’t seem like a great move. The Flyers are bad this season with a capital B-A-D, and a move like this screams incompetence. If he were a few years younger or making a little less money and if the ask was determined to be middling than it could work. Fletcher and co. need to think long and hard before they make another thought-provoking move that could hamper their situation even further down the line.

Yay or Nay: Has Public Opinion Shifted on Travis Konecny?
Flyers looking to make it two in a row as McDavid, Draisaitl, and the Oilers come to town