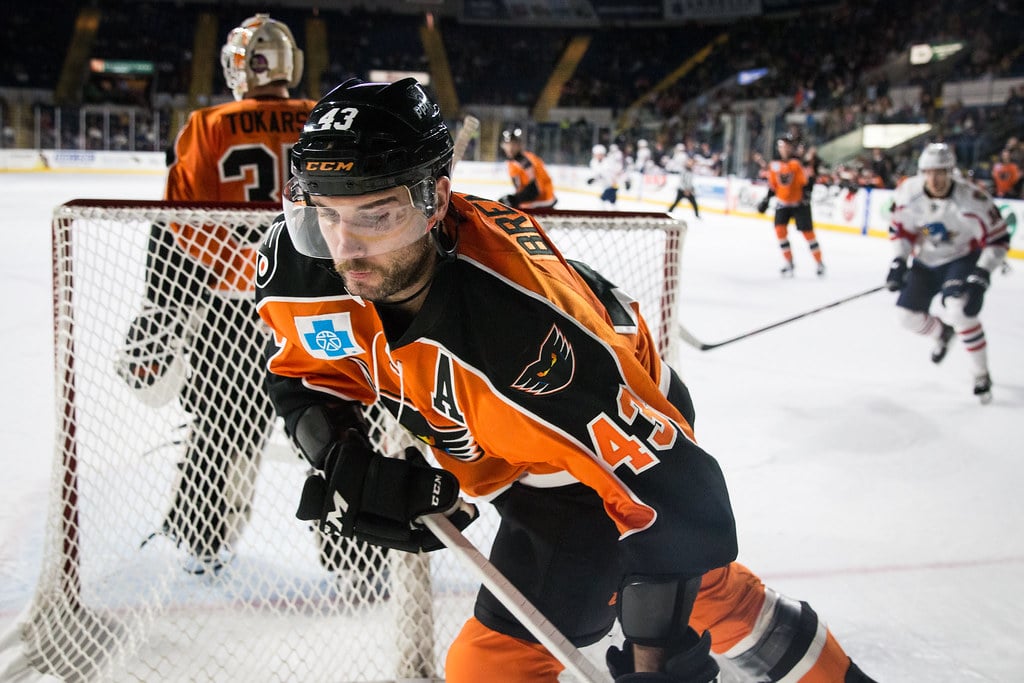 The 31 year old blueliner has signed with Swiss League side HC Thurgau.

Brennan won the Eddie Shore Award twice for top defenseman in the AHL with the Toronto Marlies (2014, 2016).

Brennan was called up to the Flyers on December 6th, 2017, but didn’t appear in the lineup and was sent down two days later. He was traded to the Blackhawks organization in February.