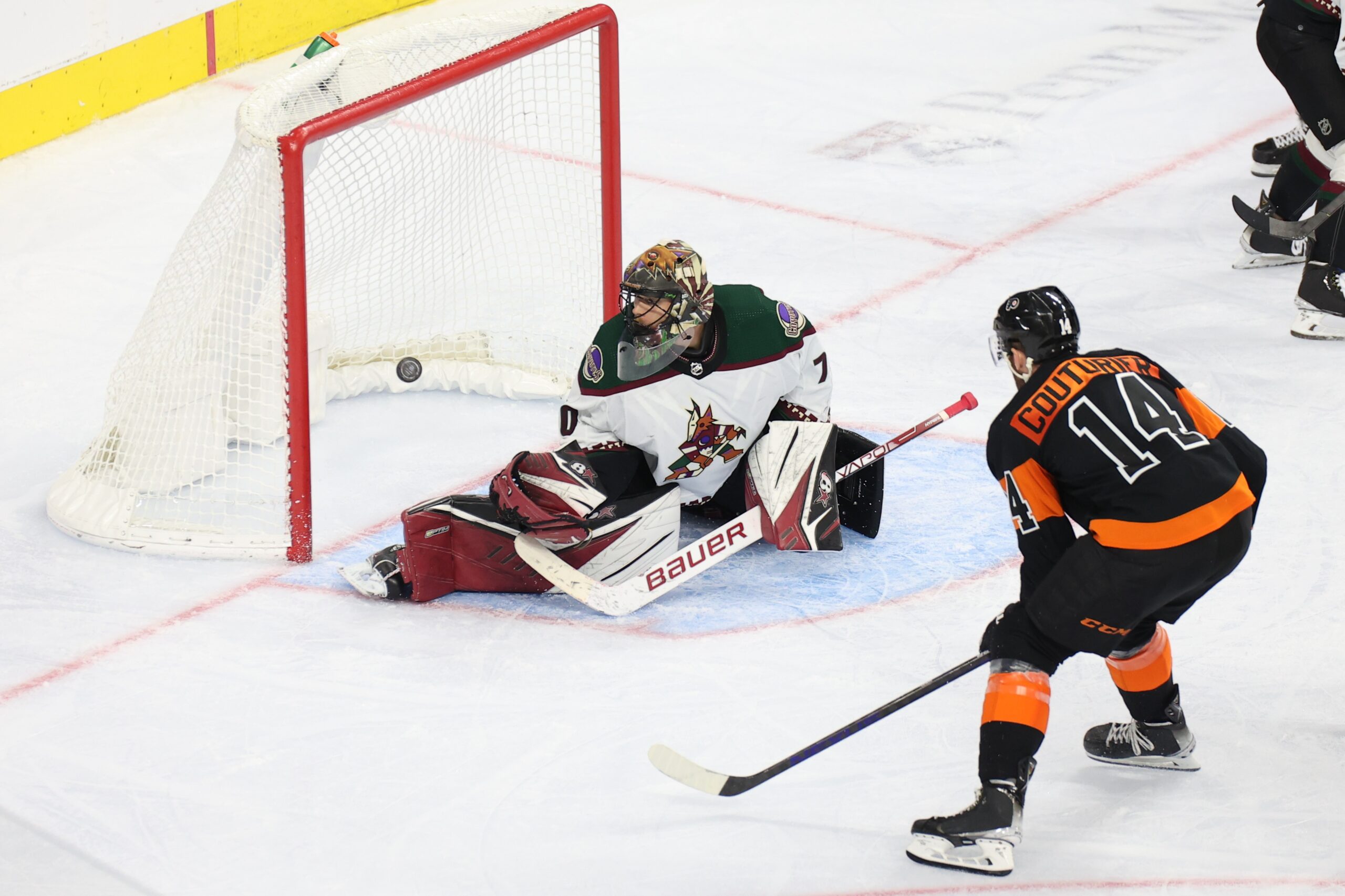 The first five minutes of the game started off very much like a trap game. The Coyotes lead the pace of play to start the game and the Flyers looked sleepy.

The Coyotes are rebuilding, and Arizona general manager Bill Armstrong (former Flyers draft pick) has been amassing assets like it is an arms race during the Cold War.

Travis Sanheim is now basically Braydon Coburn after getting hit in the face with a puck in the 2008 Eastern Conference Finals. If I don’t notice Sanheim, then Sanheim had a good game. Coburn was a solid sneaky quiet defenseman for many years. The Flyers need Sanheim to be a solid and steady defenseman who contributes offensively.

This felt like a game that in past the Flyers would lose due to a late fluky goal from the opposition.

Claude Giroux was killing it in the faceoff circle (14 for 16). Shayne Gostisbehere’s return to Philly was a good one. He got a standing ovation from the Philly faithful and was solid for Arizona. He had 2 shots in over 19 mins.

Having Ivan Provorov stay in that 22-24 minute per game range will help him be more effective later into the season.

What a game by Arizona goalie Karel Vejmelka. 31 saves on 33 shots. Vejmelka gave his team to win the game and that is all you can ask from your goalie.

Congrats to Sean Couturier for playing his 700th NHL game, all with the Flyers. He is 12th in games played for the Flyers franchise. He had the game-winning goal and assisted on Giroux’s goal.

Oskar Lindblom had a great scoring chance in each period. I know he is still recovering but the Flyers need him to start contributing offensively.

Giroux’s newfound willingness to fire the puck at the net, especially on the power play is *chef’s kiss*.

Rasmus Ristolainen had his best game as a Flyer. He was physical, had several shots get through to the net from the point and should’ve had an assist on a slap pass to Lindblom.

Carter Hart had a great game, with 29 saves on 29 shots for his first shutout of the year.

An absolutely atrocious no goal call on the would-be Atkinson goal. The referees got together and decided that it was no goal without reviewing the play or saying there was intent to blow the whistle. It was called a goal on the ice and should’ve been a dirty but good goal. Referees should be fined for bad calls like such. Accountability matters in all walks of life.

The Flyers went the running time of a Lord of the Rings movie without a goal (160 minutes). The Flyers need to start games and periods with a little more impetus. This game was even until later in the 3rd period. That is worrisome since this Coyotes team is set up to lose and haven’t won a game this season.

Shayne Gostisbehere is the best homegrown defenseman taken outside the 1st round of the last 30 years. You could make an argument for Chris Therien, who was an integral part of the 1990s and early 2000s teams and shut down Jaromir Jagr on his best days. Also, despite being the size of a small boat, Therien was an underwhelming fighter but an underrated player.

The Coyotes’ “Kachina” logo is the best and most unique in all of sports. Speaking of jerseys, I do not love the Flyers’ current Black Jerseys. Bring back the 90s “Legion of Doom” era orange Jerseys.