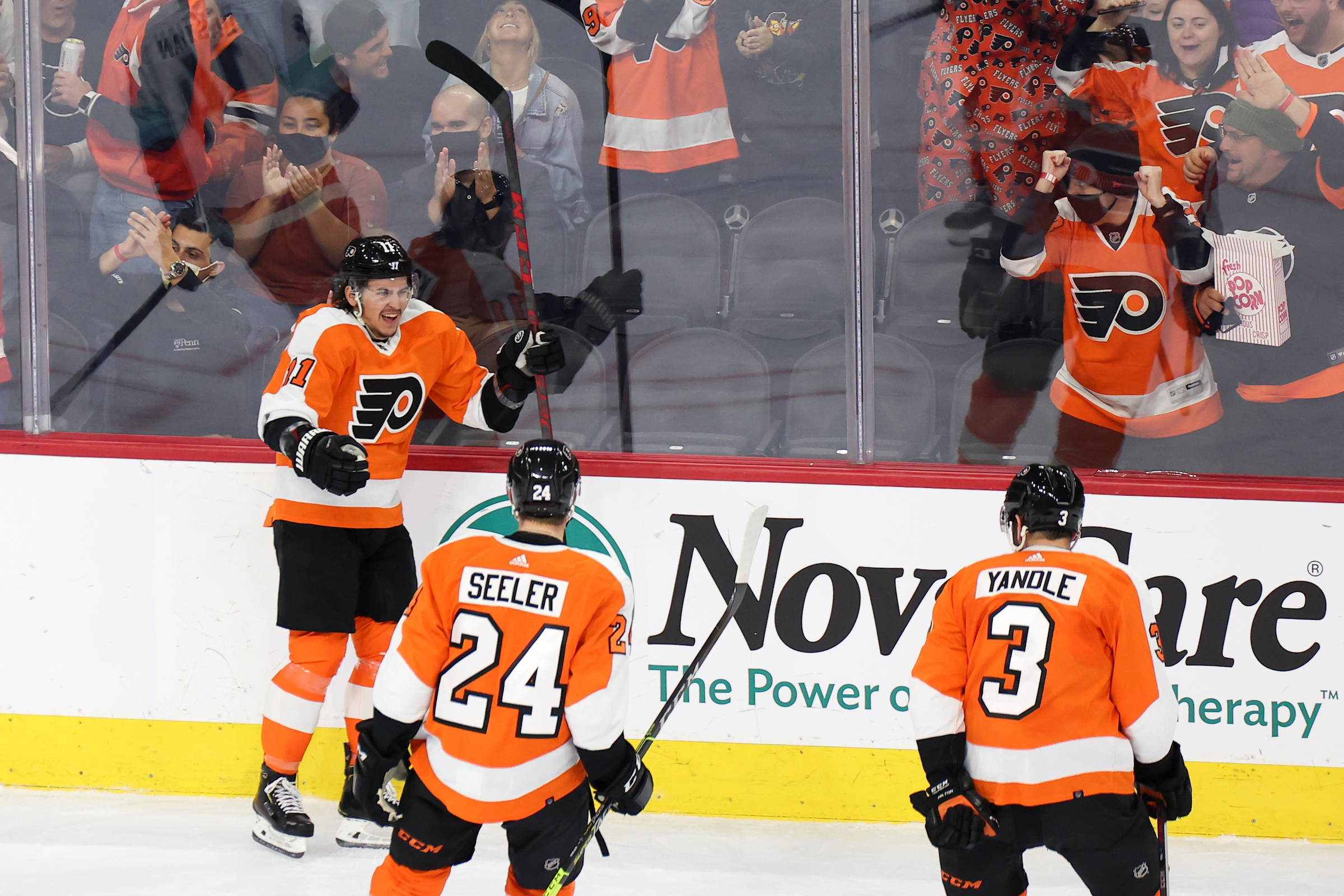 After an impressive 2-1-0 Western Canadian road trip, the Flyers come home to face the Arizona Coyotes tonight at 7:00pm. This will be the lone home game of the week for the Flyers before they head back on the road to face the Pittsburgh Penguins and Washington Capitals on Thursday and Saturday. But before we get to those games, let’s take a look at the matchup versus the winless Coyotes.

The Arizona Coyotes are coming into Philadelphia without a single win so far this season (0-8-1). The ‘Yotes have been less than impressive so far this season, only scoring 13 goals while allowing 39, cementing them as last place in the league in both categories. These aren’t the only last-place trophies the Coyotes are holding onto right now, they also hold the worst penalty-kill (58.6%) and save percentage (.874%). Clayton Keller is currently leading the Coyotes in goals with 3, however a familiar face to Flyers fans, Shayne Gostisbehere, is leading the team in points with 5 assists.

The Flyers find themselves coming home from western Canada with 4 points of a possible 6, a successful road trip. They currently hold a record of 4-2-1 (2-1-1 at home) and are looking to prevent the Coyotes from grabbing their first win of the season in Philadelphia. This would be a total “Flyera” move to lose to the spiraling Coyotes, but the Flyers have been surprising us all season so far. This needs to be a game where they dominate and show how good of a team they really can be. This means continuing the things that have been driving success; fast starts, relentless forecheck pressure, capitalizing on PP opportunities, shut-down defense, etc. This is a game where the Flyers could really showcase themselves as a solid team by stomping on a bottom-feeder team or remind us all of the Flyers we so desperately wanted to escape last season.

Stay out of the penalty box. The Flyers don’t need to give the Coyotes any sort of life in this game. Staying out of the sin bin is a surefire way to stifle any chances of the Coyotes generating an offense.

Don’t play down to their level. The Flyers have been known to lose to some bad teams. Often times it seems like they overlook bad teams and end up embarrassing themselves. They need to come out hard and dominate this game start to finish to solidfy themselves as a strong group.

Rally the crowd. So far, a few players mentioned the importance of the Philly fans being back in attendance for the Flyers games. If the Flyers come out relentless, throwing bodies, getting chances, the crowd will get into the game quickly and boost the players. Home ice advantage is real and if the Flyers can get the crowd into this game it will surely help to energize the players and bring home a win.

The most bittersweet narrative about this game is the return of former Flyer, Shayne Gostisbehere. “Ghost” was a 3rd round pick for the Flyers way back in 2012 and spent his entire career here until July when he was traded to the Coyotes. Ghost played 381 games for the Orange and Black, collecting 219 points (60G, 159A) and the hearts of Flyers fans along the way. Expect a teary-eyed crowd when the Flyers press play on the tribute thanking Gostisbehere for his time in Philly. Here are some of my favorite moments from his tenure as a Flyer.