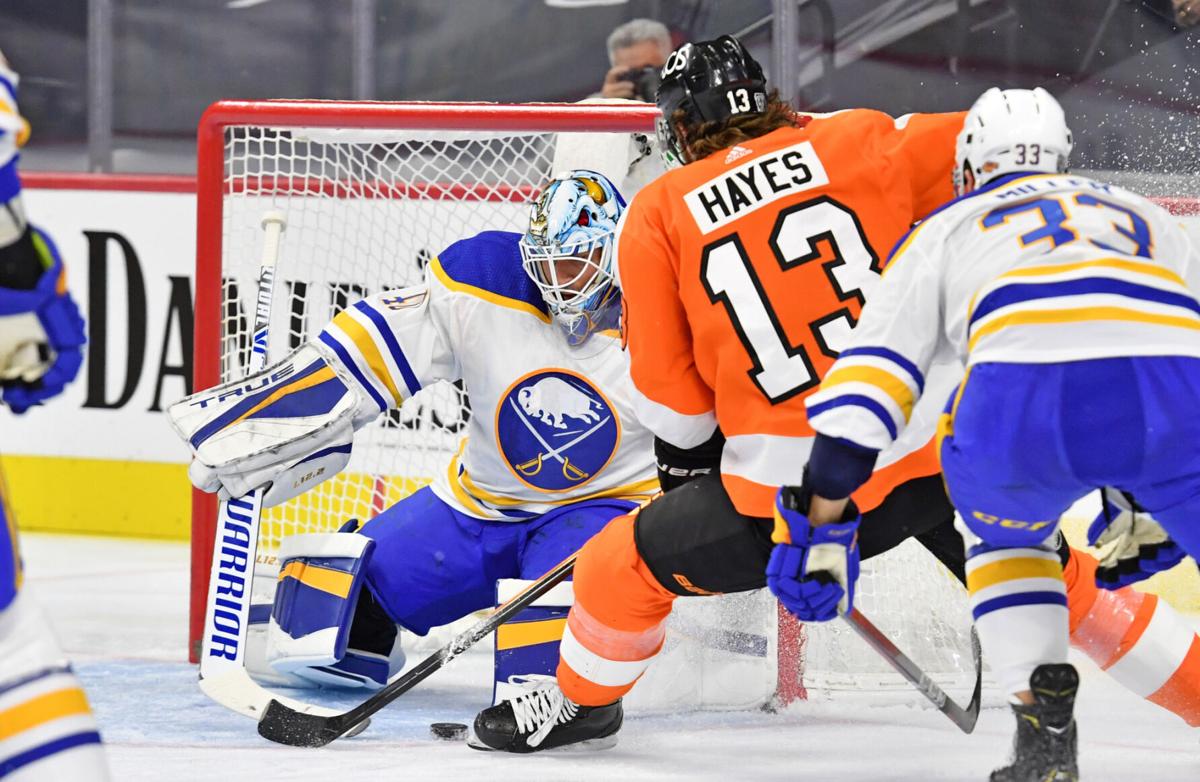 The Philadelphia Flyers look to rebound tonight in the second match of a two game series with the Buffalo Sabres. The Sabres embarrassed the Flyers with a 6-1 beatdown last night.

Alain Vigneault was adamant last night that the Flyers will play a much better game today.

The Flyers might elect to make a switch on defense tonight. Travis Sanheim was moved up with Ivan Provorov during the third period in a series of moves. Erik Gustafsson made some bad turnovers in the loss last night. Mark Friedman is waiting in the wings right now as the 7th defenseman.

AV has been pretty consistent in wanting the forward lines to gel together after no preseason, but he shook them up last night in the third. Konecny was moved onto the top line with Giroux and Hayes. Farabee was bumped down to replace Voracek on the JVR, Patrick line. It’ll be interesting to see what the Flyers roll with tonight.

UPDATE: AV has now said that the personnel for the rematch will remain the same. There might be some tweaks to the line combinations and pairs though:

Brian Elliott was already scheduled to start tonight and got some action after Carter Hart was yanked yesterday. Elliott has some good career stats against the Sabres franchise.

The Flyers are hoping the previous game was an aberration. It’s definitely not the time to panic since it was game number three in a season with no preseason games. Nobody showed up last night and Philly needs to flip the script in the rematch.

The Flyers are now 0-1 without Sean Couturier on the year. Philadelphia wouldn’t have won last night with him, but the team needs to string together some wins without him. He might be out a lot longer than the minimum two weeks.

Nicolas Aube-Kubel scored the only goal yesterday and received the only fine. The NHL fined him $4,633.62 for essentially punching Rasmus Dahlin in the face in the dying minutes of the game. NAK got a double minor for high sticking.

Tonight might get a little chippy. Sabres coach Ralph Krueger wanted Aube-Kubel suspended for the punch at Dahlin.