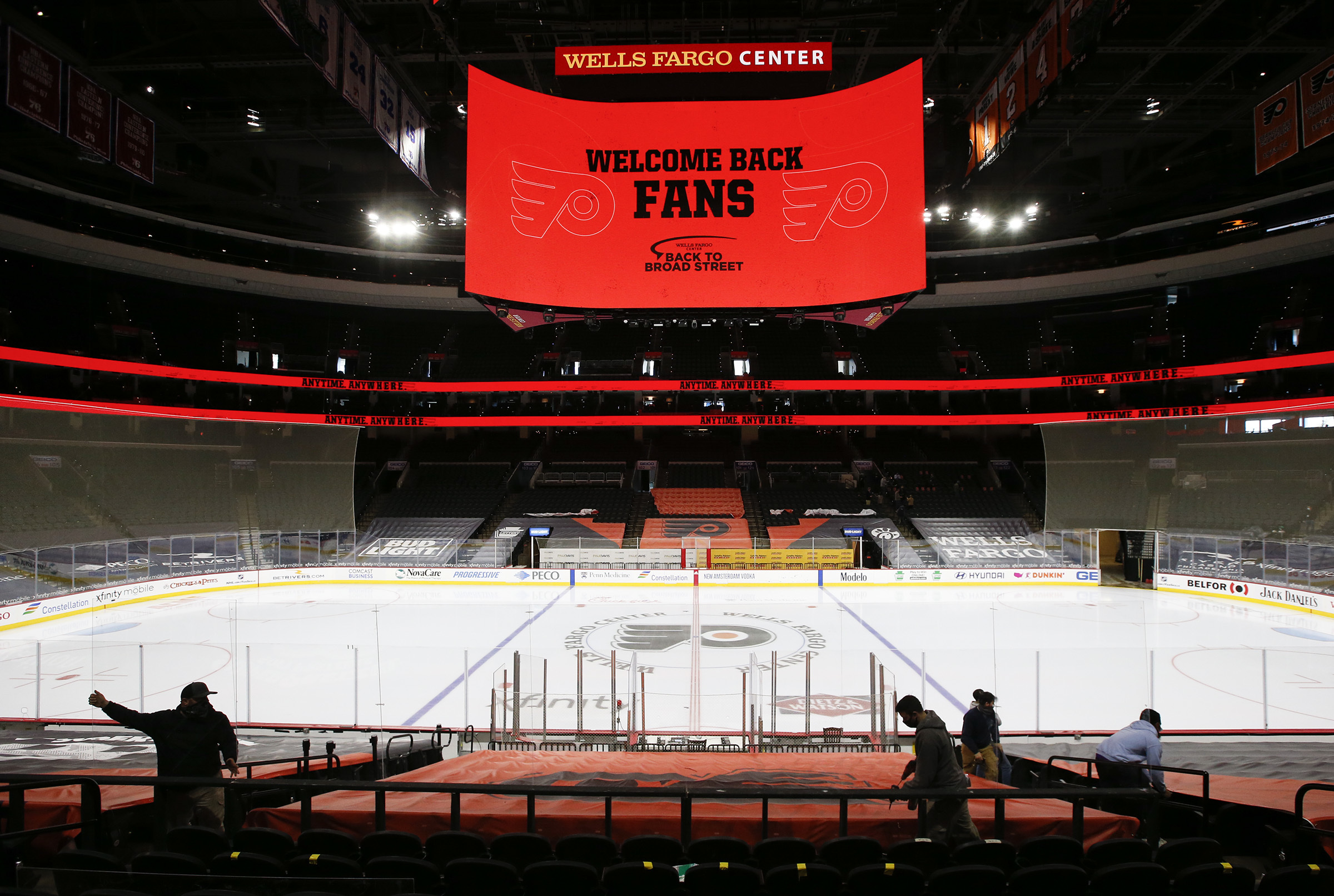 Today the Philadelphia Flyers announced that the team would be changing its goal song from “Feel the Shake” to something new.

With the Flyers changing their goal song multiple times over the past decade, this shouldn’t come as a surprise. This time, however, Flyers fans will be a key part of the process as the team is asking fans for song suggestions.

With Flyers fans being very opinionated about anything that has to do with the Flyers, a lot of different song names have been thrown around.

What song is the fan favorite? Which songs sound the best? What other songs do Flyers fans like?

The 2011-2012 goal song that most of, if not all, Flyers fans fell in love with is still one of the most popular choices today for the fans.

The song is loud, energetic, easy to chant along to, and semi obnoxious for an opposing team to listen to over and over again when the Flyers pour the goals on. It also reminds fans of one of the last times the Flyers were a fun team to watch as it was the playoff goal song for the memorable 2012 playoff series against the Pittsburg Penguins.

However, the chances of the Flyers going back to the classic are slim to none since the Flyers’ cross-town soccer friends, the Philadelphia Union, use it for their goal song as well.

A classic rock song that gets the fans pumped up.

I can already imagine all of the 20,000+ Flyers fans at the Wells Fargo screaming “Woah! Yeah!” in unison after a goal. Definitely a great choice.

Not a rock or EDM song like the Flyers have been using in the past, but a fun entertaining song that would definitely get the fans involved.

I can easily imagine Flyers fans’ call and response to the “heyy-eyyy-eyyyyy-eyyyyyy” part of the song and the loud “shout” scream echoing in the Wells Fargo Center. If the Flyers perform to expectations this year, the fans would have fun with this goal song.

A fast tempo rock song that has been used in the NHL before and is extremely well known in pop culture. Hard drums and electric guitar with loud, easy to sing along to lyrics make this a solid choice.

Also having a large majority of Flyers fans being into WWE the old “let me get a hell yeah brother ” from former Flyers video contributor Hulk Hogan after each goal would 100% help energize the crowd.

After a video released 2 seasons ago with the Wells Fargo Center DJ remixing the Philadelphia Action News classic, fans immediately called for the song to become the Flyers’ new goal song. This song and DOOP have been at the pinnacle of Flyers fans lists for goal songs they want to hear.

Philadelphia local band with a good song. Would definitely get the fans pumped up after a goal.

Another great rock song with an easy repeatable “woo hoo!” for the fans to chant along to.

Never Gonna Give You Up – Rick Astley

How funny would it be if the Flyers just Rick Rolled every team they played this season?

With many other good choices out there for the Flyers to use, the process will be long but fun. Remember, the deadline for nominations is September 23rd so if the fans have a song they want in the running or even if they can’t think of a good one right now, they will have plenty of time to submit it.

In the weeks before the season opener, we as fans be able to vote on the finalists. After the fan vote, the new goal song will be debuted at the Flyers home opener against the Vancouver Canucks on October 15th.

The Good, the Bad, and the Ugly: A Decade of Philadelphia Flyers General Managers
Is it going to be another painful Flyers season?