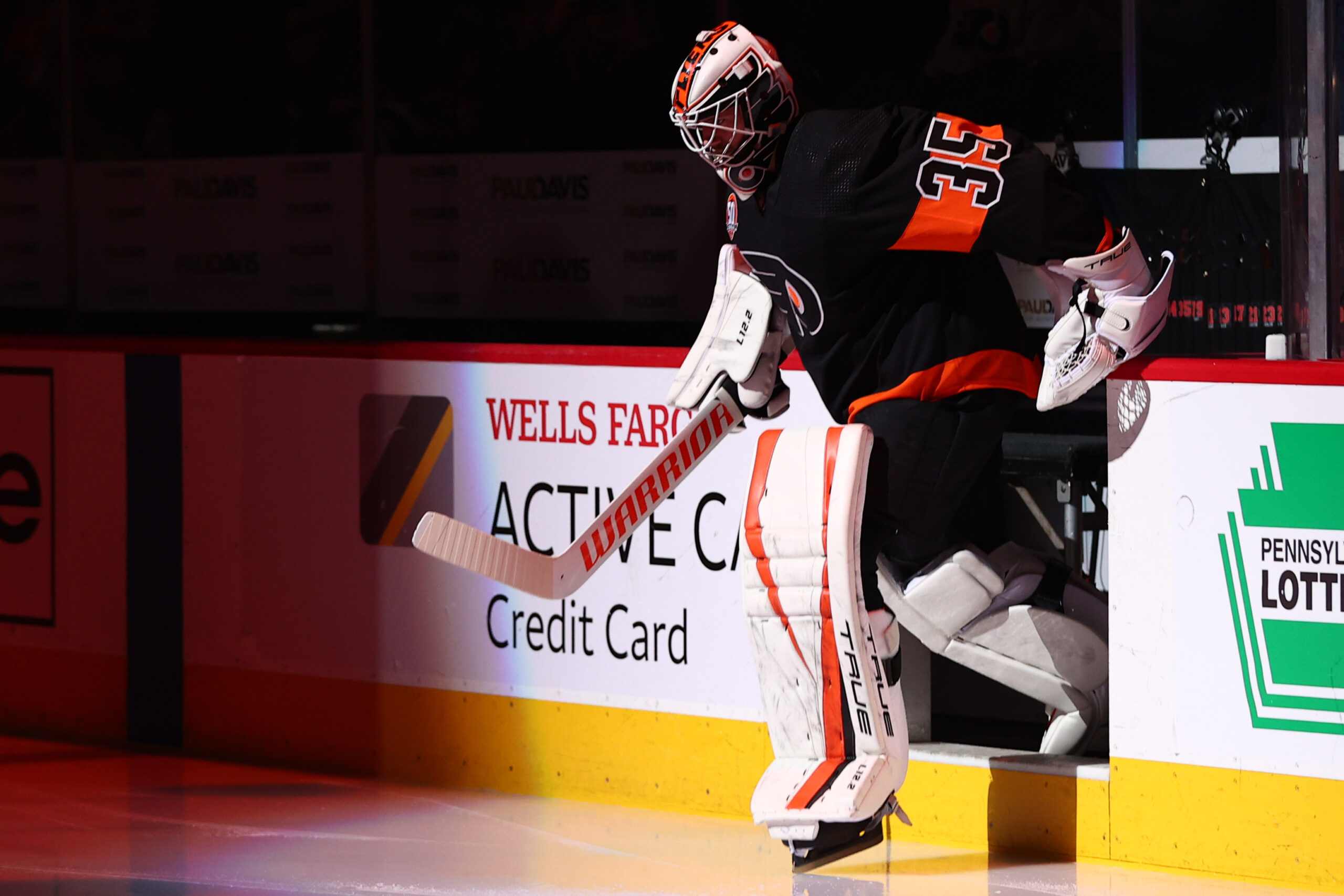 Martin Jones is set to join Dave Hakstol in Seattle.

Bally Sports Midwest reporter Andy Strickland tweeted out that the 32 year old goaltender will sign with the Seattle Kraken when free agency opens at noon.

Jones spent one season in Philadelphia after signing a one year deal for $2 million on July 28, 2021.

The goaltending position is an area that needs to be addressed in free agency. The Flyers’ top prospect Ivan Fedotov, who was supposed to compete for the backup role, is essentially a political prisoner in Russia with their Navy.

Felix Sandstrom (25) is the next logical candidate to assume the role if Chuck Fletcher doesn’t sign a goalie. Sandstrom had a .910 SV% in five games with the big club last year. His AHL numbers were nothing to write home about though: 44 GP, .902 SV%, 2.89 GAA