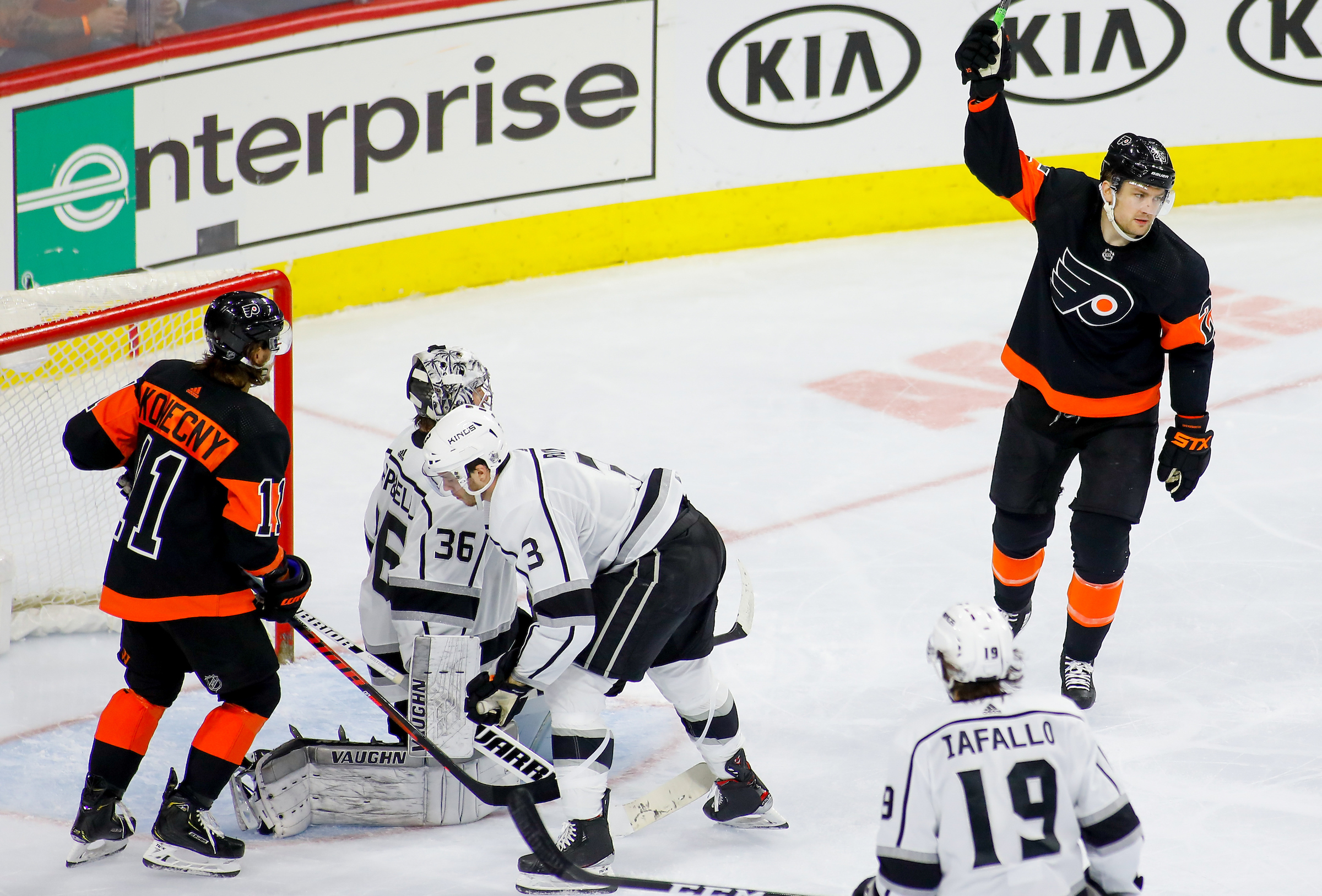 The Los Angeles Kings have not been a dynamite club this year, but that doesn’t always mean it’ll be an easy opponent for your own hockey club, especially when they’re staring down the barrel of a 13-game losing streak. In their last 10 meetings, the Kings sit comfortably winning 7 out of the 10 matches against your faithful Philadelphia Flyers, including winning 6-3 in their barn against Philadelphia at the beginning of this month.

L.A. hopes to extend their point streak on the East Coast, posting a 2-0-1 record so far. We could very well watch a low scoring game (Kings are 23rd in league scoring, Flyers 28th), or another matinee massacre based off of Philly’s play of late. Only time will tell, but I encourage everyone to prepared in their spots for a good nap or a show to watch on standby. Things may get a bit uglier.

Did the Flyers set a franchise record tonight? Yes, as they fell short for the 13th straight game
The Flyers snap their 13-game winless streak with a 4-3 overtime victory against the Kings