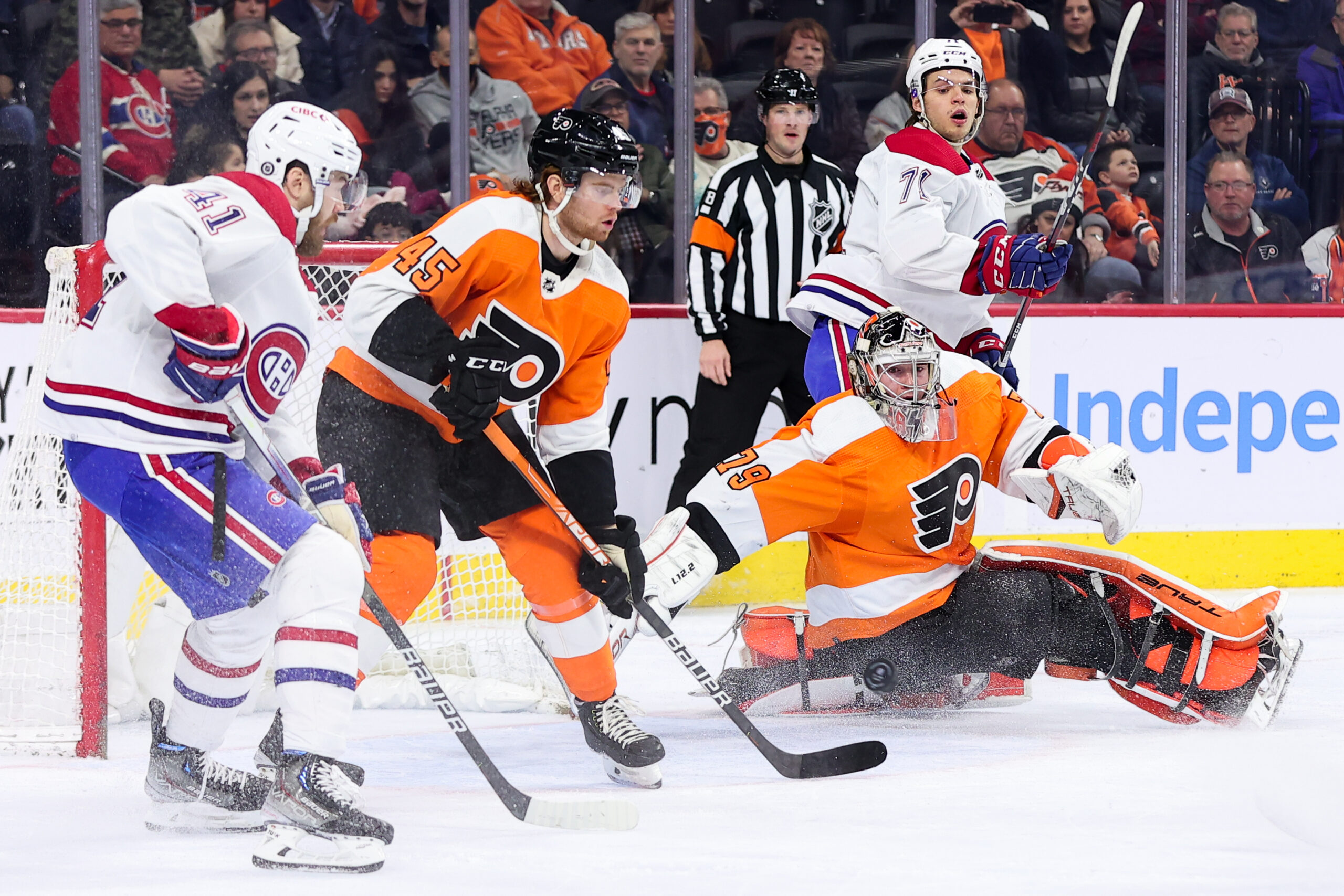 After suffering back-to-back road losses against Columbus and Boston to extend their winless streak to five games, the Philadelphia Flyers will face the Montréal Canadiens tonight at Bell Centre trying to end their road trip on a positive note after a stretch that has been the polar opposite.

The Flyers’ woes were on full display on Thursday in Boston despite a hard-fought effort. The struggling penalty kill struggled even more against the Bruins’ sixth-ranked power play by allowing two goals, and Philadelphia’s power play converted on just one of four chances while going just 2-for-15 on the man advantage over their last five games.

Philadelphia will need to come out with more energy and fire right out of the gate much like they did in Boston, but they need to maintain that energy and pace for an entire sixty minutes. The Flyers are just 3-4-2 away from Wells Fargo Center this season and haven’t won on the road since November 5th in Ottawa.

They’ll have a tall task ahead of them tonight to try and secure the victory as they’re missing leading goal and point scorer Travis Konecny. Konecny inadvertently jammed his right hand and wrist against David Pastrňák’s back on Thursday night and left the game. The Flyers announced earlier today that Konecny has traveled back to Philadelphia and will undergo further evaluation.

As for Montréal, they are hungry and looking to get back on track after dropping consecutive contests to New Jersey and Columbus. The Canadiens, led by captain Nick Suzuki in goals (11) and points (21), come into tonight tied with the Flyers in points and will try to leapfrog Philadelphia to stay alive in the early going in the Wild Card race.

– This is the 203rd all-time meeting between the Flyers and Canadiens since Philadelphia entered the league in 1967. The Flyers trail in the all-time series 80-83-31-8.

– The Canadiens won the season series over the Flyers last season two games to one.

– Carter Hart enters tonight’s game tied for 5th in the NHL in save percentage (.925), but he is looking for his first win since November 5th against the Senators.