Flyers win in exhibition game against themselves 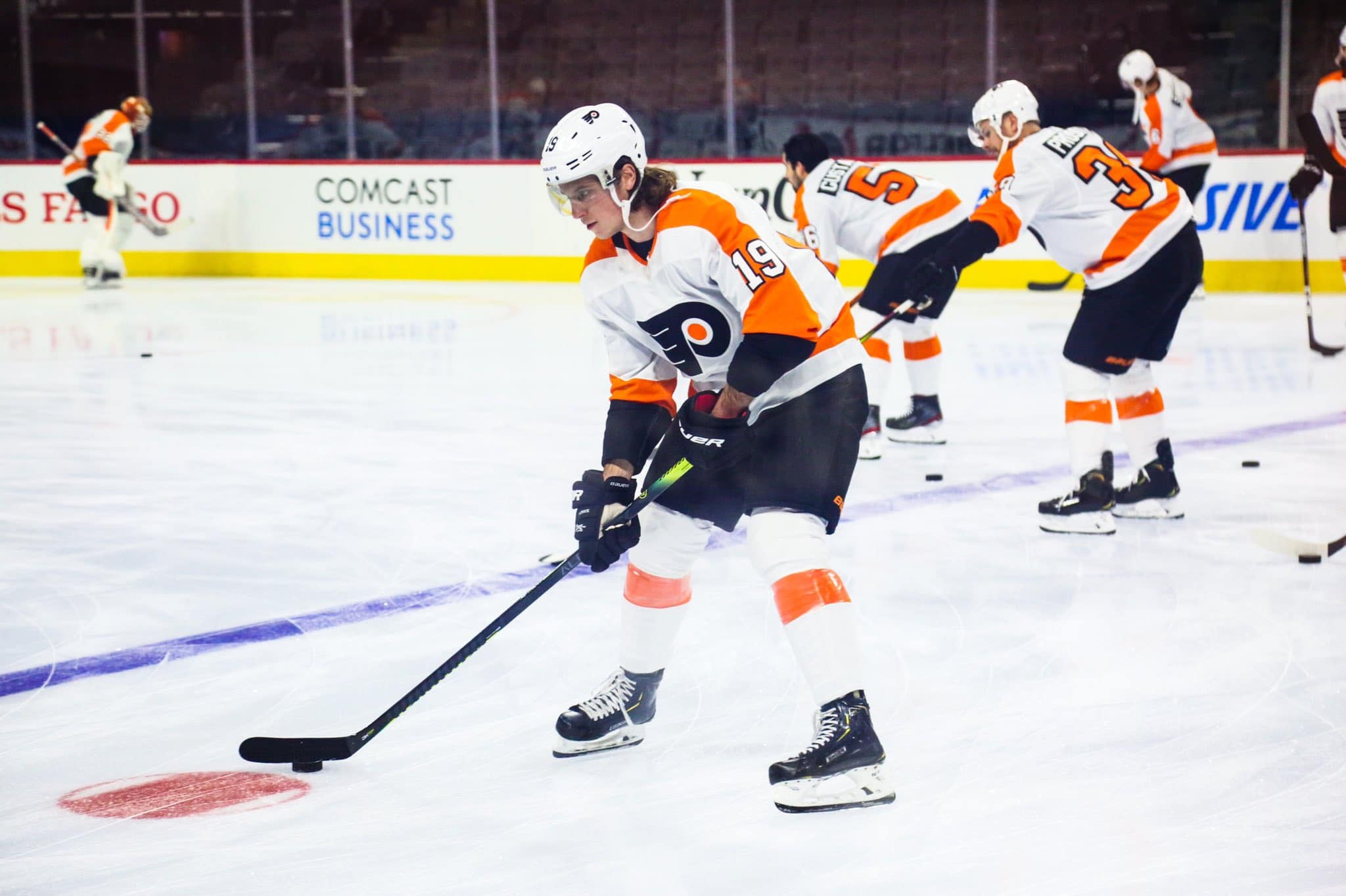 The orange and black exhibition at the Wells Fargo Center was played last night. The Flyers split up their training camp roster and scrimmaged against each other. There’s no preseason this year as teams adjust during a global pandemic. It was the last audition for players attempting to make the roster or taxi squad.

Team Orange’s first line of Giroux-Hayes-Farabee showed some real chemistry all period as they combined for the two goals. The new #86 Farabee might find himself in the top six to start the year after this showing.

Ivan Provorov blocked a slap shot from Oskar Lindblom towards the end of the 20 minutes and went to the ice in a scary moment for Flyers Nation. The iron man hasn’t missed a game in his NHL career and stayed on the bench.

The period ended with a 2-0 Team Orange lead despite Team White outshooting them 10-6.

Almost right of the gate, Nicolas Aube-Kubel picked a corner on Brian Elliott with a sweet wrist shot:

Scott Laughton and Tyler Wotherspoon had the assists on NAK’s goal.

Quite possibly the top moment of the game for Flyers fans occurred when Team White came back and tied the game at two. Nolan Patrick notched a significant milestone in his revenge tour as he scored a goal on live television:

Jake Voracek took defenseman Yegor Zamula to task as he protected the puck and found his way into the slot before dishing it off to Max Willman. Willman then found Nolan Patrick parked on the other side of the net as Zamula couldn’t tie him up. Patrick looks good to go for the 2021 season which is huge for this Flyers team.

The second period ended 2-2 with all (nothing) to play for in the third.

Before the game, it was decided that the final five minutes of the third would be played at 3 on 3. The horn blew at the 15 minute mark and the ice started to open up.

Scott Laughton picked Mark Friedman’s pocket and then flew down the ice beating Brian Elliott with a beautiful backhand on the breakaway.

James van Riemsdyk doubled Team White’s lead with a breakaway backhand goal of his own to cap a dominant 3 on 3.

After the 3 on 3 portion was concluded, the Flyers teams went head to head in what should have been a five round shootout.

Nobody was able to score for eight rounds as Brian Elliott and Carter Hart went toe to toe. Is that good or bad? Who’s to really say. The deadlock was broken in the ninth round as both benches started cheering on Michael Raffl.

Raffl wound up and hammered a slap shot past Elliott to send everybody home.

The Penguins are next up at the Wells Fargo Center. The Flyers will open the 2021 NHL season Wednesday at 5:30 PM.