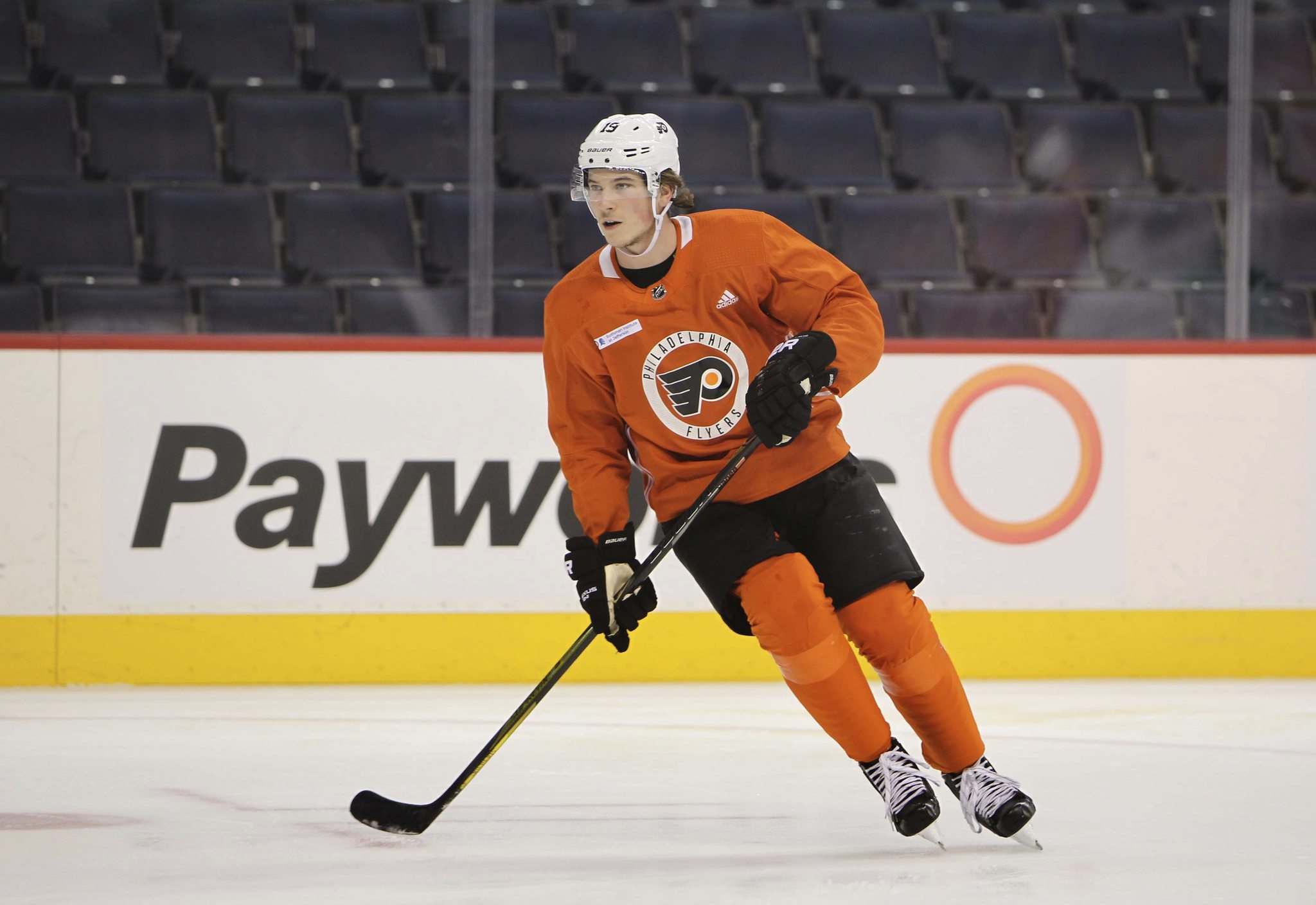 The Flyers have released their official training camp roster as the team gears up for the 2021 season.

The squad will have 41 players. There will be little time for decisions to be made with 11 days until opening night:

2017 2nd round pick and Phantoms forward Isaac Ratcliffe will be out at least four weeks after fracturing a rib in training.

Young Beezer Joel Farabee will be changing his number from 49 to 86.

Training camp will be held at the Flyers Skate Zone in Voorhees, New Jersey, but the public will not be able to attend due to the ongoing pandemic.