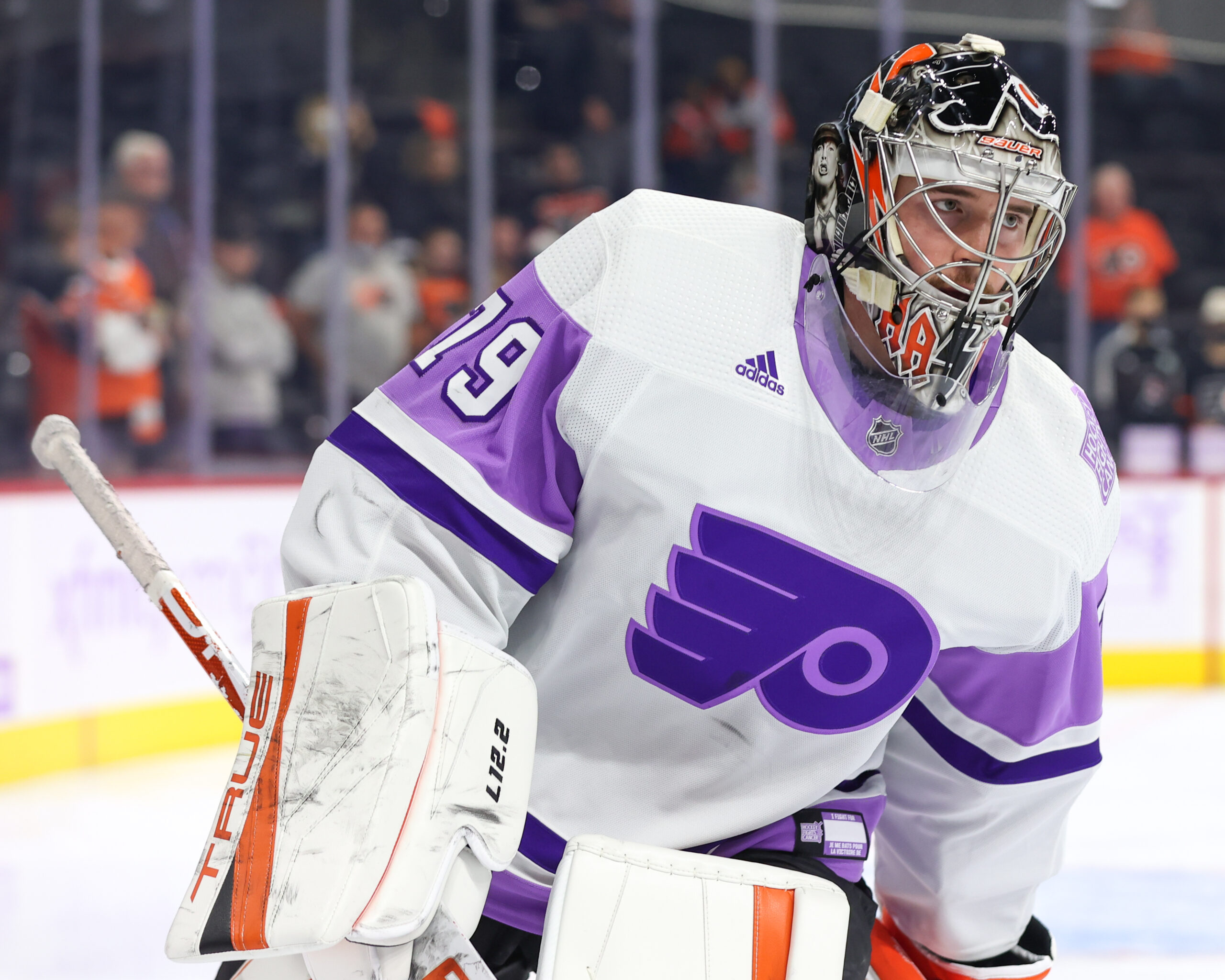 Flyers to play without Konecny and Laughton, Hayes on wing as Flyers try to erase losing skid on Hockey Fights Cancer Night

The Flyers are on a six-game losing streak after blowing a lead with under 2 seconds to go against Montreal, which ended with, get ready for this, a shootout loss.

John Tortorella moves Kevin Hayes to wing tonight after another critical loss in Travis Konecny, their point leader and best forward on the team. It’s not much of a compliment that Hayes is being moved to the wing, considering they have no other NHL-proven centers, but here we are. Regardless of where he’s positioned, the Flyers need to start scoring on the power play, which has fallen deeper into the abyss at 28th in the league. However the penalty kill has been just as equally brutal, stopping only 8 of their 16 penalties over their 6 game losing streak, operating at an ugly 50% rate.

Calgary has definitely not gotten off to the start they expected to, but they’re still a really good team with a lot of time to improve.  After delivering an excellent 2021-2022 season, Jacob Markström has had an underwhelming start, producing an .887 SV% and 3.11 GAA. Despite losing star talent Johnny Gadreau and Matthew Tkachuk, Calgary’s power play results and goals for are still in the top off of the league (PP at 14th, GF at 17th)  It’s their goals against that may be the biggest surprise, allowing 3.41 goals per game, which is 23rd in the league

– Kevin Hayes will be moved to the wing for the first time since playing with the Rangers, being centered by Noah Cates.

– The Flyers are decimated by injuries lately – missing 6 top of the lineup NHLers now.

– Goaltending and special teams will be what decides their next win or loss. The Flyers have not been a top PK team and haven’t been scoring on the power play. Regardless of how that goes, they will need more heroics from Carter Hart to rid them of the losing streak.

– Tonight is the Flyers’ Hockey Fights Cancer Night. The Flyers will wear lavender jerseys in warmups that will later be available for auction, and fans in attendance will receive “I Fight For” rally towels to share their inspirations and to honor people who are battling cancer.

Flyers Cough Up Lead with 1.9 Seconds Left, Lose in Shootout, and Might’ve Lost Laughton in 5-4 Defeat to Canadiens
Flyers’ Losing Streak Hits 7 Games, 10 of Last 12 Dropped After 5-2 Loss to Flames