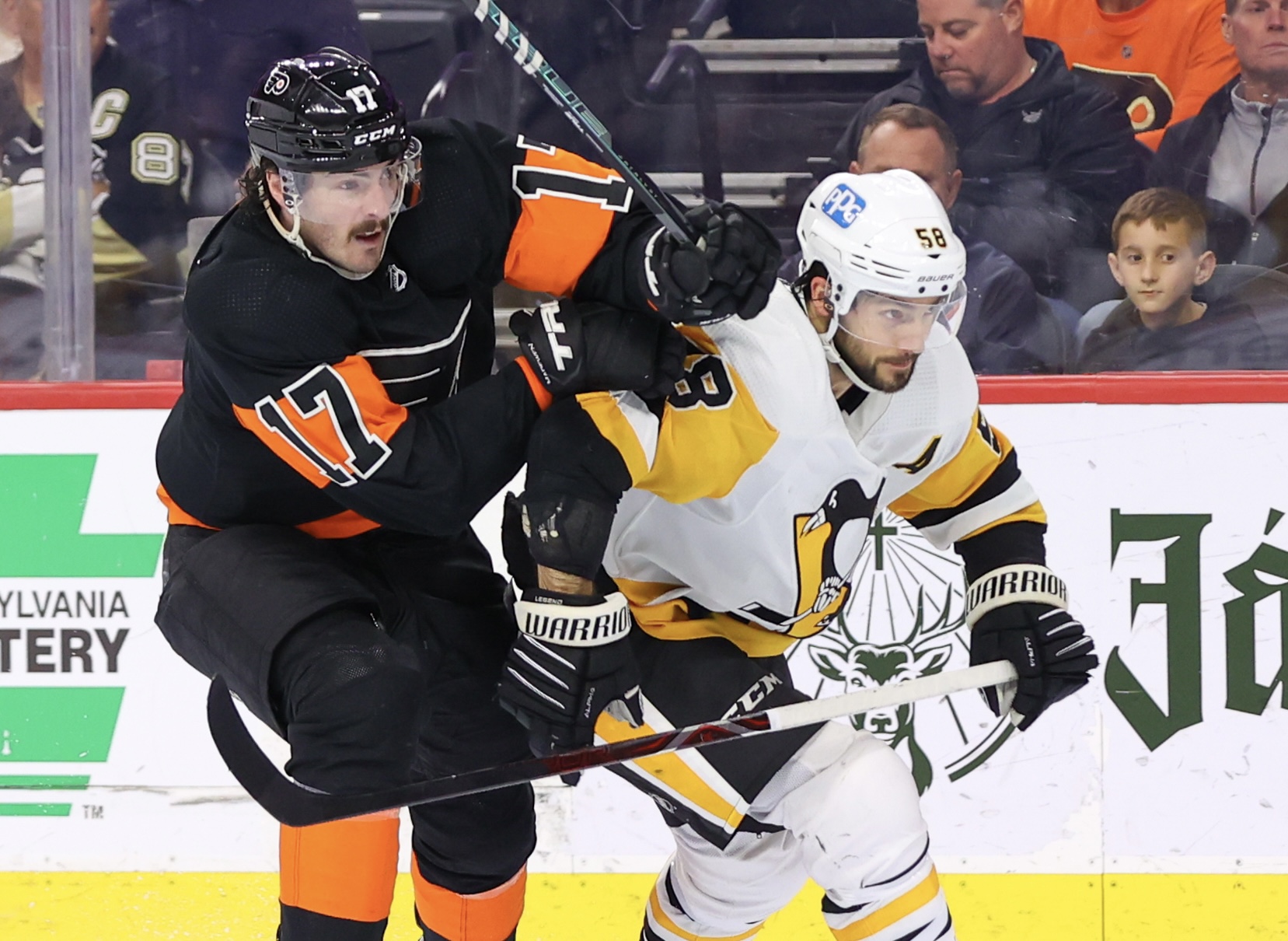 After another crushing defeat on Wednesday in Washington in what seems to be a laundry list of them recently, the Philadelphia Flyers will look to break through and end their eight-game losing streak against the Pittsburgh Penguins today.

The Flyers coughed up a 2-1 lead with 2:58 to play against the Capitals before losing in overtime on an Alex Ovechkin one-time bullet just over a minute into the extra frame. It was the third time in the last five games Philadelphia has lost in overtime or a shootout, and the second time after giving up a late lead. It extended their losing streak to eight games, but at least they’ve shown better effort and have played hard compared to losing streaks in the past that have displayed the polar opposite.

It doesn’t help that the injury bug has decimated Philadelphia’s forward group either. Scott Laughton and team scoring leader Travis Konecny are the latest Flyers to miss time, each with upper-body injuries, and have joined James van Riemsdyk, Wade Allison, Sean Couturier, and Cam Atkinson in watching from afar for a team that ranks dead last in goals for per game at 2.50. Defensemen Ryan Ellis is also still out as well.

Pittsburgh enters today’s game on a four-game winning streak after having an underwhelming start to their season. The Penguins lost seven games in a row between October 24th and November 5th, but they’ve picked up the pace as of late and have won seven of their last nine to claw back into playoff contention at the quarterway mark of the season.

The games between these two clubs always mean a little extra, and while Thanksgiving has just recently passed by, it might as well be the Fourth of July because of the fireworks that are expected to be fired between these intrastate rivals. It’s the Flyers and the Penguins, a rivalry as mean and full of competition and nastiness as you’ll find in sports.

– This is the first of three meetings between the two clubs this season. Pittsburgh will host the other contests on March 11th, 2023 and April 2nd, 2023.

– The Penguins won three of the four meetings against Philadelphia last season, with the Flyers’ lone win in the series coming in the final one on April 24th, 2022 by a 4-1 score at Wells Fargo Center.

– This is the 305th all-time meeting between the Flyers and Penguins since both teams entered the league in 1967. Philadelphia owns a 163-98-30-13 all-time advantage in the Battle of Pennsylvania.

– Carter Hart is expected to start for the Flyers today after backing up Felix Sandström on Wednesday night. Hart, while not recording a win since November 5th against Ottawa, still maintains a very respectable .920 SV% and 2.68 GAA on a team that allows 33.8 shots per game, which is bad enough for seventh in the league.

– The Flyers will be wearing their Reverse Retro 2.0 uniforms today that also feature the Cooperalls they will wear in warmups.