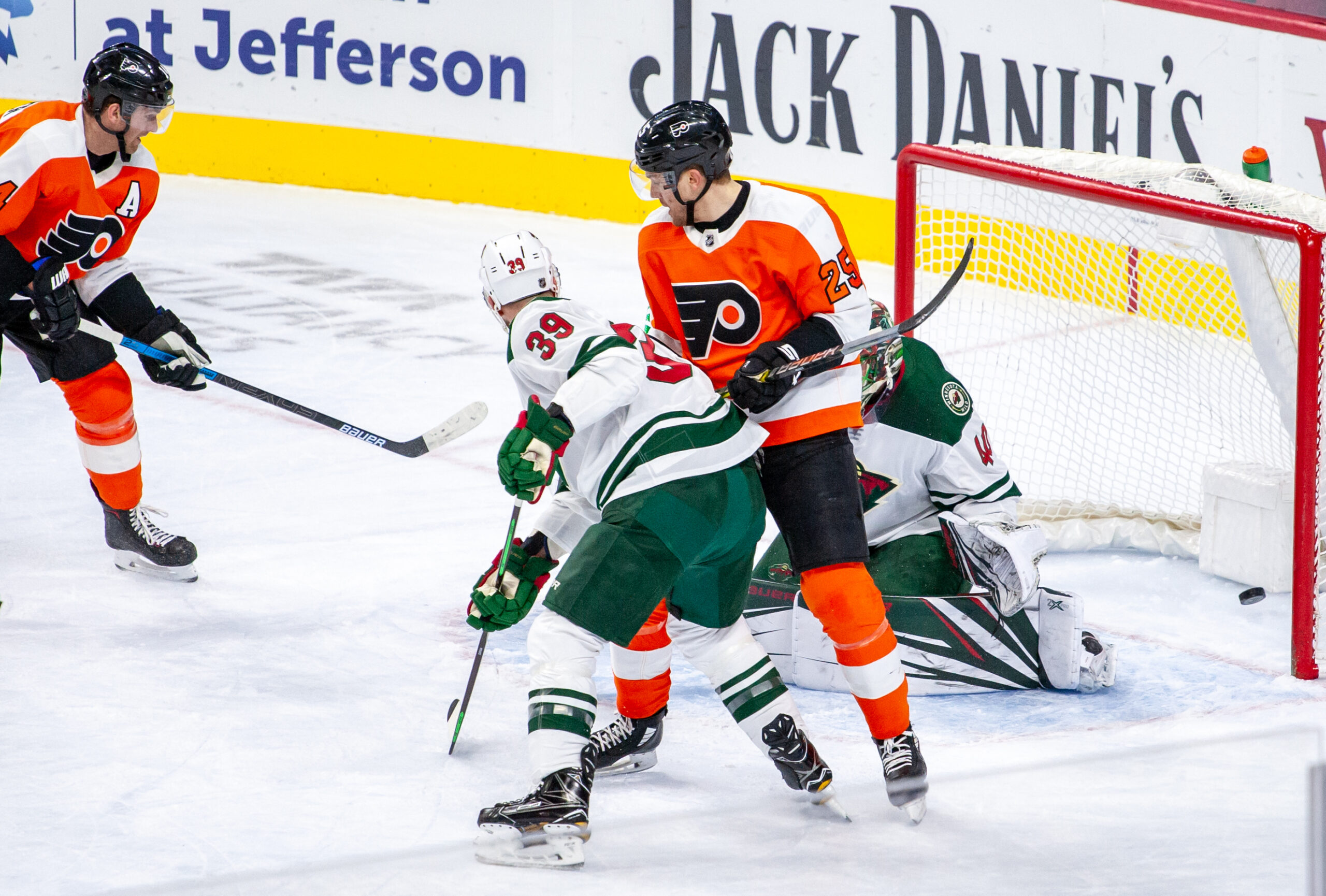 After being shut out at home by the Oilers on Tuesday night, the Philadelphia Flyers are back in action and hosting the Minnesota Wild. The Wild have had a very solid season overall, sitting in third place in the Central Division with a 31-17-3 record. However, they are just 3-7 in their last 10 games, with some very streaky goal scoring in that stretch.

The Wild are lead offensively by the talented young LW Kirill Kaprizov, who has 24 goals and 40 assists in 50 games this season. Second on the Wild in points is former Ranger and Flyer-killer Mats Zuccarello, who has 17 goals and 36 assists in 44 games this season. Unsurprisingly, Kaprizov and Zuccarello are also the main power-play threats for the Wild, with 16 and 19 PPG each, respectively. The Wild have a very balanced roster of young talent and veteran presence. Young players like Kevin Fiala and Joel Eriksson Ek have also had fantastic seasons, while more seasoned players such as Marcus Foligno and Alex Goligoski have been productive as well. Goaltending wise, the Wild have been very strong this season. Both the established Cam Talbot and the young star Kaapo Kahkonen have save percentages above .900 and GAAs below 3.00.

The Flyers enter this game boasting a 3-5-2 record in the last 10 games, despite having a few stretches of promising play. With two points, the Flyers have the chance to move out of last place in the Metropolitan Division and pass the New Jersey Devils, who currently sit 1 point ahead. This will also be the 994th career game for Claude Giroux, who continues to be under the spotlight as trade rumors swirl and he approaches his 1000th game in the orange and black.

– This is the 27th all-time meeting between the Flyers and Wild, with the Flyers owning a 16-8-1-1 advantage in the series.

– The Wild have not visited Wells Fargo Center since January 14th, 2019, when the Flyers won 7-4 behind a James van Riemsdyk hat trick.

– Minnesota has also not played the Flyers in general either since December 14th, 2019. The Wild won that one 4-1 at Xcel Energy Center.

– Kevin Hayes will miss tonight’s game, but interim head coach Mike Yeo said that the center could be ready for Saturday’s contest against Chicago.