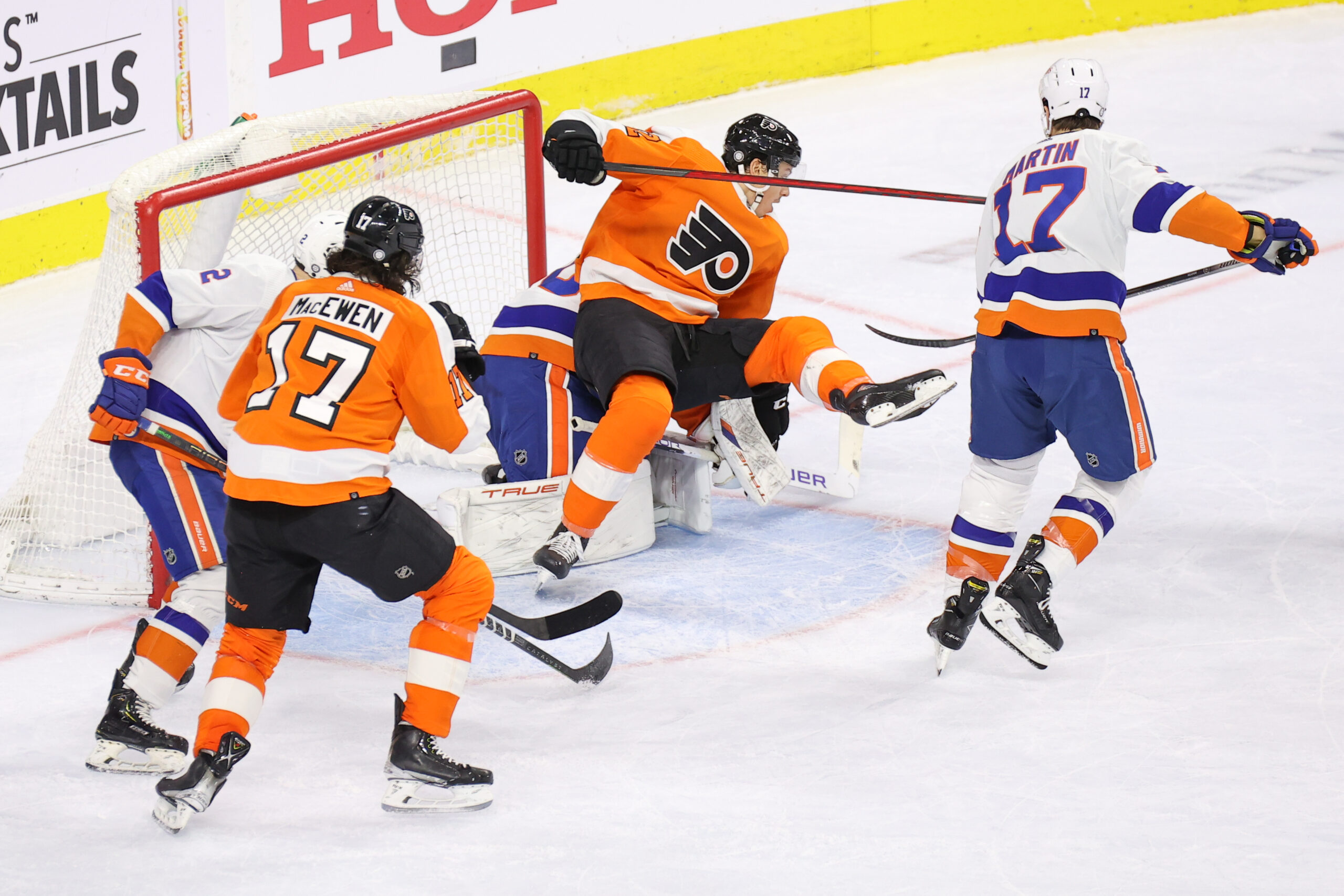 Flyers hold majority of vets out, give prospects one more chance to impress

The Philadelphia Flyers enter their final game of the preseason to conclude an underwhelming and injury ravaged two weeks. John Tortorella will be behind the bench again, leading the youth group for one more hoorah before another round of cuts that are due tomorrow.

The Flyers and Islanders faced off just two nights ago, and as we learned, the Flyers did not come out on top again due to a severe lack of offense. Philadelphia has failed to score more than two goals in a single game this preseason, and they’ve scored just five goals across their five preseason games so far.

New York won on Sunday by a score of 2-1 behind second period tallies from Kyle Palmieri and Scott Mayfield, while Tony DeAngelo scored the only goal of the night for the Flyers.

Troy Grosenick is expected to start in goal tonight for Philadelphia after Samuel Ersson played the full game Sunday on Long Island. Grosenick has racked up a 2.69 GAA and .885 SV% in three preseason games so far.