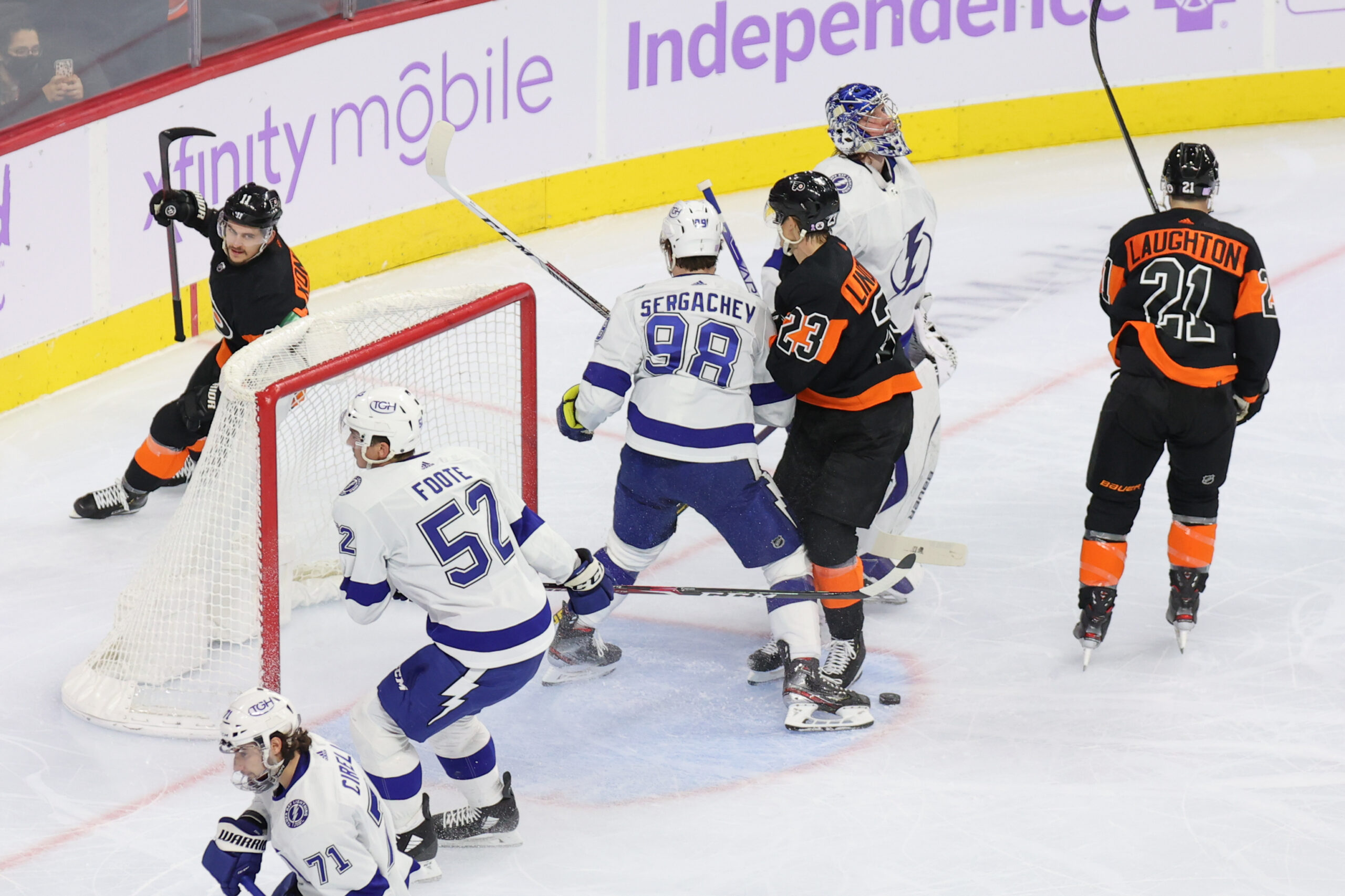 The Philadelphia Flyers, fresh off snapping their 10-game losing streak, will play host to another tough Eastern Conference opponent tonight in the Tampa Bay Lightning.

The Lightning, the defending back-to-back-to-back Eastern Conference champions and Stanley Cup winners in 2020 and 2021, are always a team that should never be taken lightly. After losing 3-1 on Tuesday to the league-leading Boston Bruins, Tampa Bay will be really hungry for a win tonight.

The Flyers will perhaps get a boost to their lineup as they look to knock off the Lightning. Travis Konecny was activated off injured reserve earlier today and will skate in warmups to determine if he can play tonight. Tony DeAngelo, who missed Tuesday’s 3-1 win over the New York Islanders with an injury, will also skate in warmups before it is determined if he will play. Both players are listed as game-time decisions.

Tonight’s game is the second of a five-game homestand that also features dates against the New Jersey Devils, Colorado Avalanche, and Washington Capitals. Things won’t get any easier for Philadelphia but after a win on Tuesday, perhaps they can carry some momentum into tonight and keep things rolling in the right direction.

– The Flyers broke through their 10-game losing streak against the New York Islanders, who up until that point, had won 9 of their last 10 matchups against the Flyers since 2021.

– Many players are returning from injury as Travis Konency and Tony DeAngelo are coming back to the lineup tonight pending how they feel in warmups. Cam Atkinson will also be back in the near future.

– Scott Laughton is back and made his presence known in the Flyers’ hard fought win last Tuesday night.

– Forward Kieffer Bellows was waived by the Flyers earlier today. He recorded zero points in 11 games with Philadelphia.

– Tonight is another edition of the Flyers’ “Throwback Thursday” series of games, with this game focusing on the 1980s. Fans will receive artwork featuring different players and moments from the decade when they enter Wells Fargo Center, the Flyers will be wearing their Reverse Retro uniforms with Cooperalls in warmups, and Mark Howe, Dave Poulin, Brad Marsh, Kjell Samuelsson, Dave Brown, Terry Carkner, Doug Crossman, and J.J. Daigneault will be present as well. Daigneault will bang the pregame drum before puck drop.