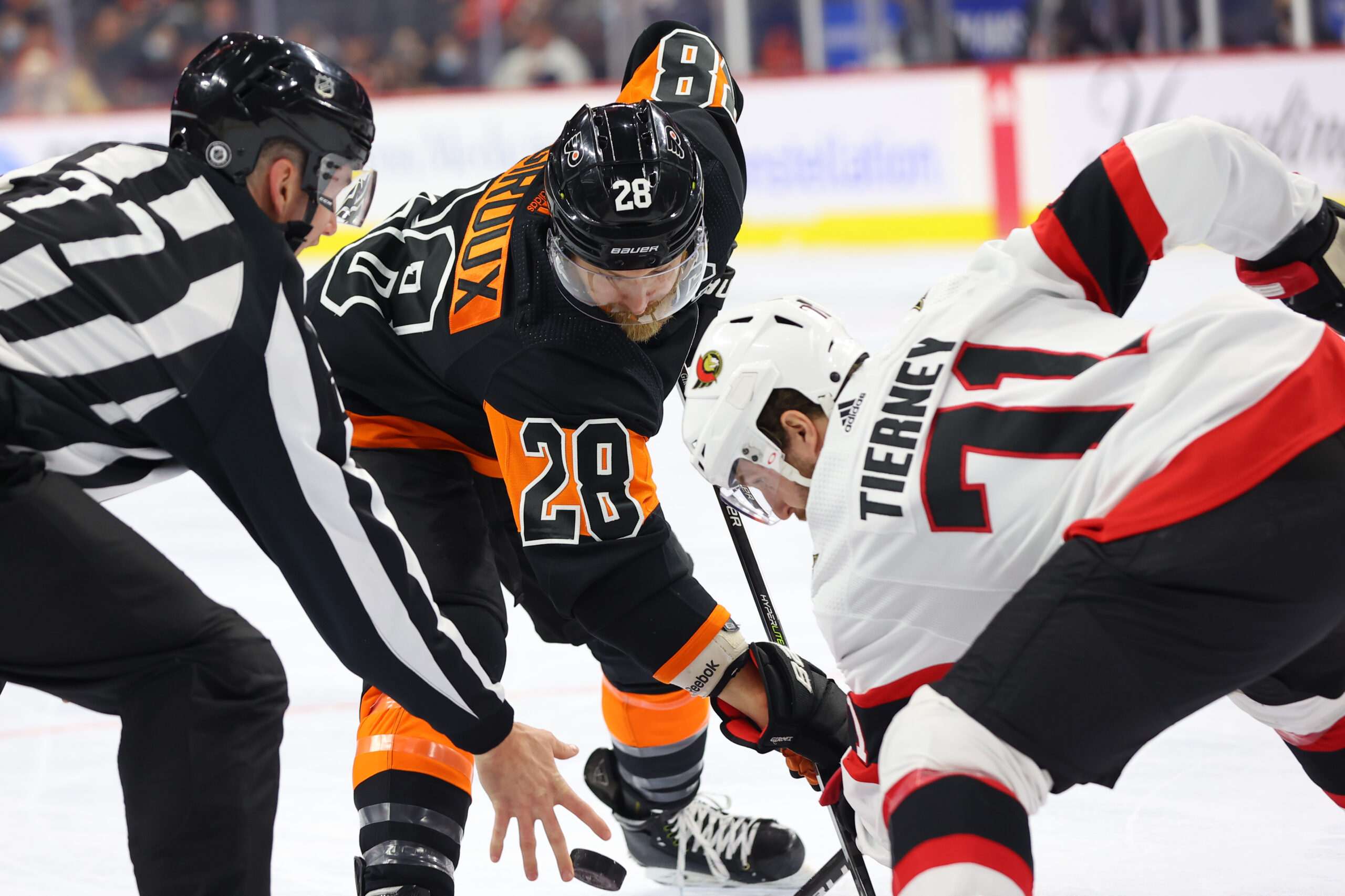 It’s a battle of losers tonight at Canadian Tire Centre as two teams look to end their losing streaks.

The Philadelphia Flyers have lost three in a row to Carolina (5-4 OT), New York Rangers (1-0 OT), and Toronto (5-2). Two of the three teams are off to good starts and are expected to make serious runs in the playoffs, and while the first 10 games of the Maple Leafs’ season have been anything but spectacular, they were still never expected to flounder for the rest of the season (re: a win via scoring 5 goals after being in the bottom of the league in goals for).

The Ottawa Senators too have faced top end competition throughout their losing streak, starting with Minnesota (4-2), Florida (5-3), Tampa Bay (4-3), and Vegas (5-4).

The biggest takeaways from the scores alone for the Flyers are:

The Flyers have had the better goaltending, and the Senators are scoring more. Cam Talbot makes his first start of the season after sustaining a rib injury in training camp, and the Sens are hoping to get a lot more stability in net.

Tonight also marks the first time Claude Giroux faces off his former club after playing 1,000 games for the Flyers. He is still aging like fine wine, producing 9 points (5g, 4a) over 10 games this season, skating alongside Alex Debrincat in Ottawa because the Flyers just had to draft Pascal Laberge over him in 2016, who is currently playing in the ECHL.

–  The Senators have played well at home (4-2-0) despite losing all 4 games of their recent road trip.

– Claude Giroux is still dominating the faceoff dot, winning 52.78% of his faceoffs this season so far and he has taken 108 total, the most by a Senator this year.

– The Flyers’ powerplay has began to slip, moving down from 17th in the league to 23rd during their recent slump.