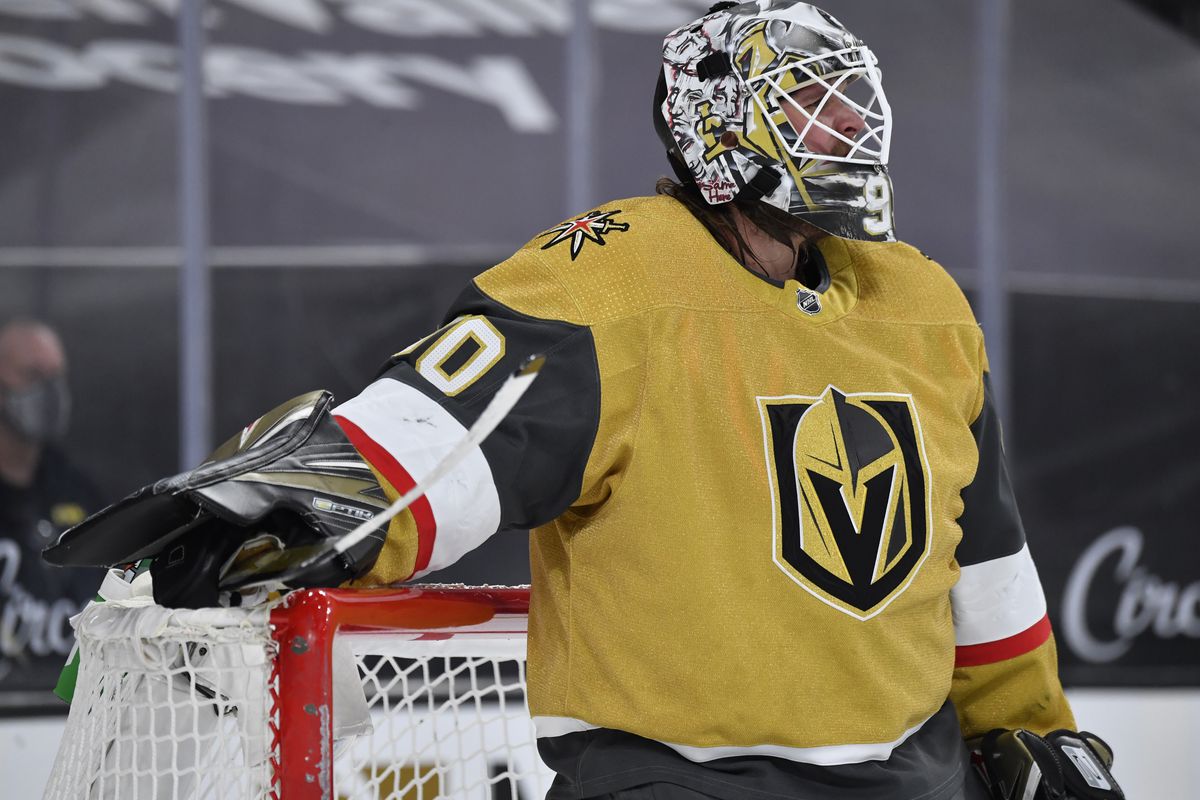 The veteran goaltender started a Twitter thread immediately after the Flyers’ 3-1 preseason win against the Capitals Saturday night.

Is it common for work places to give out benzodiazepines to employees when they travel and ambien ? Should that not be done by doctors or psychiatrist? Asking for a friend 👀 this doesn’t happen in Vegas to be clear. But I know many other teams. I also been in on teams that do?

#PhiladelphiaFlyers ? Dinosaur coach treating people robots not human. Fire these dinosaurs. Fire #vigneault first story. I got proof.. try to shake your way out of this one ….

It’s currently unclear what all of this is about, although I’m sure it will become a big story in the coming days.

Lehner (30) is an active NHL goalie on a different team who has never played under Alain Vigneault. Nolan Patrick is the only former Flyers player on Vegas’ roster.

Here’s Robin Lehner’s appearance on the Spittin’ Chiclets podcast Wednesday, he comes on during the 1:19:30 mark: