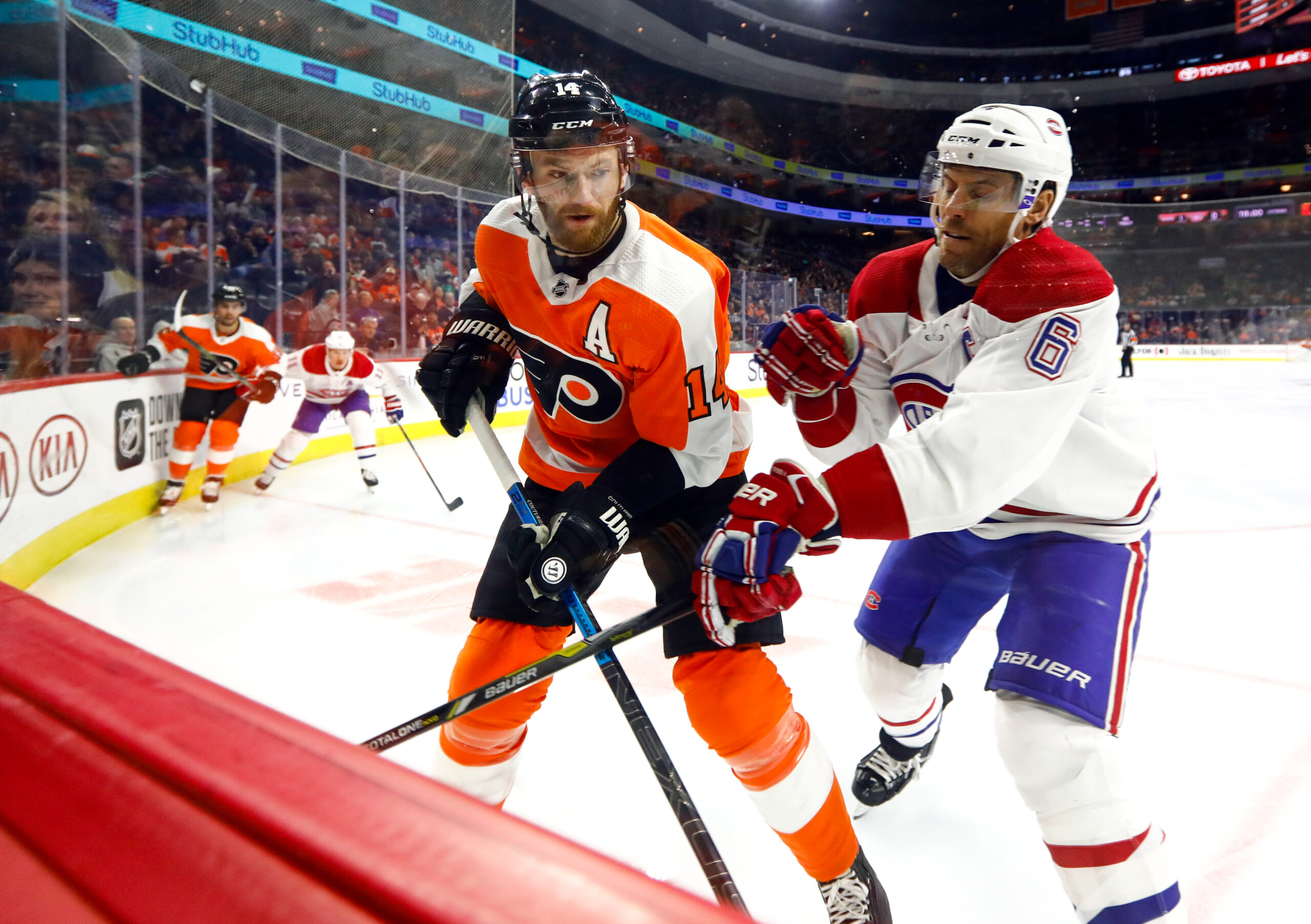 On This Day in History: The Shea Weber Offer Sheet

10 years ago today, the Philadelphia Flyers sent the largest offer sheet to restricted free agent defenseman, Shea Weber, of the Nashville Predators and he signed on the dotted line for $110 million over 14 years. The Predators had a week to match the offer – an offer that was purposely heavily front loaded so the smaller market team would be deterred – and in the case they decided not to, the Flyers would have had to fork over 4 consecutive first round picks.

Then-general manager Paul Holmgren made the contract so outrageous that he was trying to push the Predators away by giving the defenseman a $13 million signing bonus for the first four years, on top of the $7.86 million dollar cap-hit, which at the time was insanely high, and 14 years on the books to boot. There was a lot to discuss for the Predators but in the end they decided to match the offer sheet, which later on blacklisted Holmgren from most of the NHL because he went against an unwritten rule.

Why did Holmgren and the Flyers go to such lengths to sign Weber? There were a myriad of reasons, but the most obvious one being that Weber was an elite two-way defenseman with a cannon of a slap shot that would’ve improved the Flyers’ defense in one swift motion. Leading up to the summer of 2012, Weber had suited up in 480 games for the Predators in parts of 7 seasons, scored 99 goals and 263 points, racked up 369 PIMs, averaged 22:46 TOI, and accumulated 860 hits and 498 blocks. He was also coming off a four-year stretch where he scored no less than 16 goals and 43 points, tallied 193 points in 319 games, and finished second in Norris Trophy voting in back to back years.

The Flyers also came off a season where they lost in the second round to the New Jersey Devils in 5 games, just recently signed Ilya Bryzgalov to his lucrative 9-year deal the summer prior, while also trading franchise cornerstones in Mike Richards and Jeff Carter. Chris Pronger’s year ended 13 games into the 2011-12 season with a terrible eye injury that eventually cost him the rest of his career. Matt Carle signed a 6 year deal with the Tampa Bay Lightning that was worth $33.5 million, and the defense was in shambles once again.

Holmgren had traded James van Riemsdyk to the Toronto Maple Leafs the month prior for Luke Schenn, a move that was to bolster the defense. Without Weber, the Flyers defense was to consist of: Kimmo Timonen, Brayden Coburn, Andrej Meszaros, Luke Schenn, Erik Gustafsson, Bruno Gervais, Kurtis Foster, Nicklas Grossmann, Brandon Manning, Oliver Lauridsen, Kent Huskins, and Andreas Lilja – so in other words, a move was definitely required.

Leading up to the offer sheet, the Flyers had lost to Chuck Fletcher and the Minnesota Wild in the sweepstakes for Zach Parise and Ryan Suter. The Flyers actually offered them more money than they signed for but they had their eyes set on Minnesota. Not only did the Flyers lose out on acquiring Suter, but he left the Nashville Predators high and dry. The duo signed for 13 years and 98 million and with both teams losing out on the deal, they both were looking to make a big move. They were intertwined in the end as the Flyers tried grabbing Weber from the cash-strapped Predators but after losing out on Suter, the Predators knew it would’ve been catastrophic to lose Weber as well.

The Predators eventually matched the offer sheet, declining the 4 first round picks that the Flyers would have had to cough up in 2013, 2014, 2015, and 2016. The Flyers used those picks on Samuel Morin (11th overall), Travis Sanheim (17th overall), Ivan Provorov (7th overall), and German Rubstov (22nd overall after trading from the 18th overall selection).

The Nashville Predators finished the 2012-13 season with an abysmal 16-23-9 record and came last in their division, and missed the playoffs again the following season. They then lost in the first round in 2014-15, and then fell in the second round in 2015-16. Weber was then traded in the summer of 2016 to the Montreal Canadiens in a one-for-one deal that netted them P.K. Subban. Subban lasted in Nashville for 3 seasons, went to the Stanley Cup Final in 2017, but was then shipped to the New Jersey Devils in the summer of 2019 for Steven Santini, a prospect, and 2 second round picks in an effort to clear cap space.

As for the Flyers, Paul Holmgren lasted as the general manager for two more seasons before getting promoted and giving way to Ron Hextall in the summer of 2014. The Flyers missed the playoffs in 2012-13, making way for the infamous 10-year stretch where the alternated between making and missing the playoffs. In 2013-14, the Flyers lost in the first round to the New York Rangers in 7 seven games. Ron Hextall was promoted from assistant general manager to general manager in the ensuing summer.

The rest is history as we have been in the darkest days in franchise history ever since the offer sheet. From their inaugural season in 1967-68 to 2011-12, the Flyers only missed the playoffs 8 times – that’s 8 times in 44 seasons. Since 2012-13, the Flyers have missed the playoffs 6 times in 10 seasons. Things took an awful detour after the Flyers lost to the Chicago Blackhawks in the Stanley Cup Final in 2010, as Holmgren then started making bold moves that more or less failed, which paved the way for Hextall to clean up his salary cap mess only for Chuck Fletcher to take over and keep the team in the same purgatory over the last 4 seasons.

Neither team really made out as the winner in the deal, the Flyers maybe could be tabbed because Weber only played 4 more seasons with the Predators, and has been dealing with serious injuries over the last few years. He remains on LTIR, now with the Vegas Golden Knights, and doesn’t anticipate to make a return.